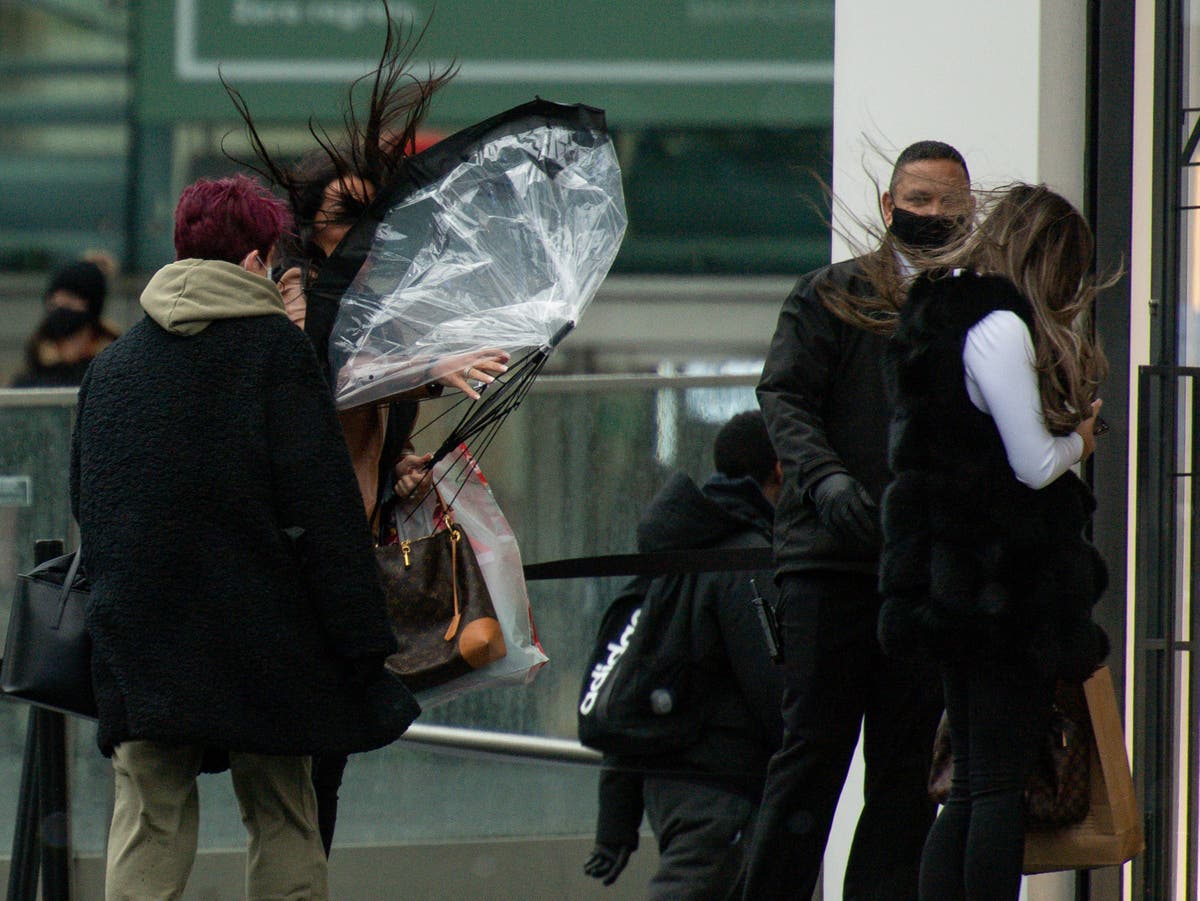 Meteorologists have warned of travel chaos as the first winter storm will hit parts of Britain with winds of 120 km / h.

The Met Office has issued an amber wind warning for parts of north east England and Scotland from Friday afternoon to Saturday morning due to Storm Arwen.

The forecaster warned that flying debris that could lead to injury or death was “likely”, with people also expecting damage to trees and buildings, public transport failures, road and bridge closures, power outages and large waves.

Graeme Day, the Scottish Minister of Transport, urged travelers to be aware of the weather, saying, “The whole country will experience stormy conditions, but the Met Office tells us that the eastern parts of Scotland in particular will see somewhat difficult weather.”

Yellow wind warnings also apply to most of the western parts of the UK on Friday and extend to the rest of the country on Saturday.

The gusts are expected to reach 55 mph to 65 mph in parts of Scotland, Northern Ireland, Wales, South West England and North East England, with the highest seen in coastal areas.

Stephen Dixon, a spokesman for the Met Office, said: “The hardest hit areas will be mostly on the coasts, with gusts of over 120 miles per hour leading to possible travel disruptions and longer travel times, power outages, debris flying around and big waves of beach debris can lead to being thrown around.

“On the west coast of Great Britain there will be a yellow wind warning on Friday from 9:00 am, which will stretch from Scotland via Northern Ireland and Wales to south-west England.

“This reflects the impact Storm Arwen will have, with high winds likely to hit by Saturday when the warning is extended to most parts of the UK.

“The South East and London, although quite windy, will likely escape the worst of the gusts and remain relatively calm compared to the rest of the country, which will certainly feel the effects of the storm.”

He said Storm Arwen was moving in from the North Sea and would travel south before subsiding on Sunday.

The Met Office cites storms based on their potential impact, with Storm Arwen being declared to be the result of the amber wind warning.

Mr Dixon added: “As Arwen is causing disruption, there is also the possibility of snow in the coming days, particularly in the higher regions of Scotland and northern England.

“There may also be some snow in the lower soil region of northern England, although it is likely to be short-lived and fall in the form of sleet or winter rain.

“There is a drop in temperature with parts of rural Scotland and England falling below freezing at night.”

The RAC has advised drivers to prepare for strong gusts by slowing down and being “very careful” when passing upright vehicles or cyclists.

Spokesman Simon Williams said: “In extreme wind conditions bridges can close and trees fall over, so it is important to allow extra time for the trips.

“With forecasters predicting high winds along with colder conditions, drivers should take this opportunity to prepare their vehicles for winter by checking the oil and coolant levels to ensure they have good quality windscreen washer fluids well below minus Protect 10 ° C, as well as a properly inflated tire with a good profile. “

Transport Secretary Dey warned drivers of adverse conditions, adding: “There is a potential for disruption on the roads, especially on bridges, and people should check the latest information before leaving, driving conditions and advice from the Scottish Police follow. The Traffic Scotland service informs about wind-related closures of the bridges in the trunk road network, so that people can plan accordingly.

“The conditions are also likely to disrupt other modes of transport. So we urge people to take the weather into account when planning to travel by trains, ferries and flights. “