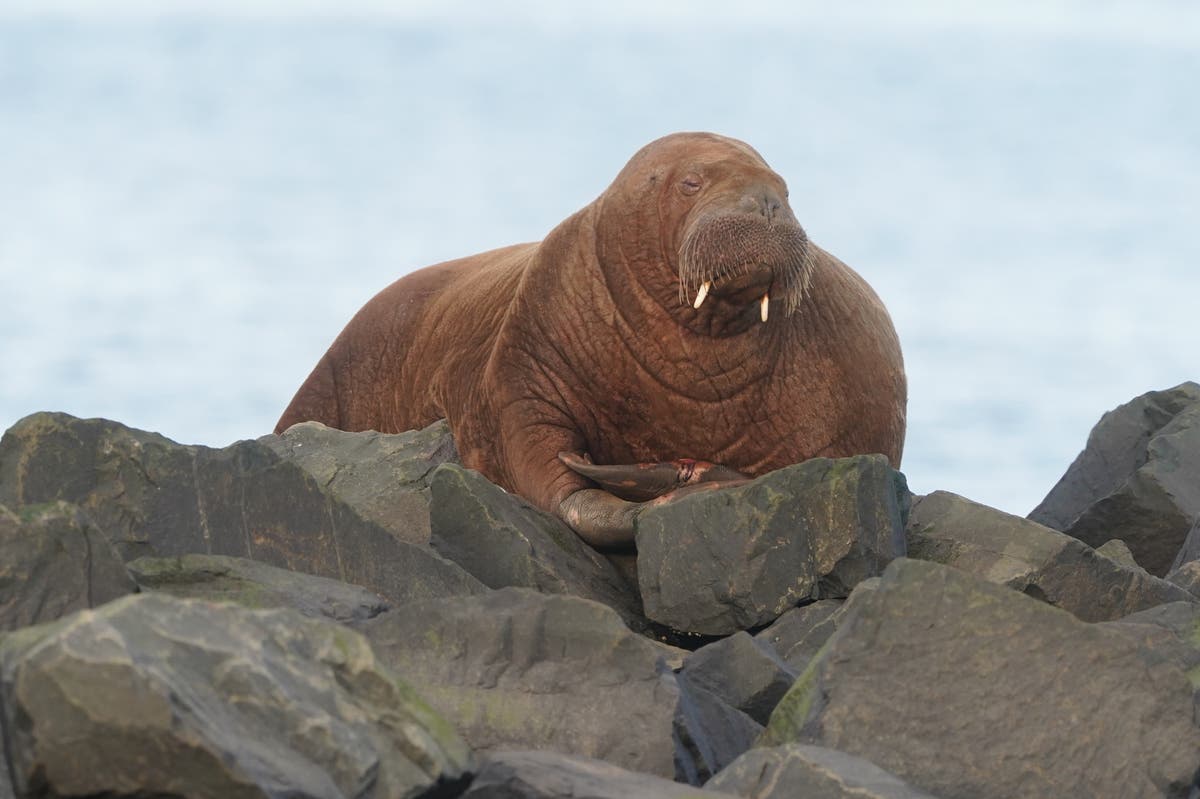 A large walrus was spotted on the Northumberland coast just a month after the famous walrus “Wally” is believed to have returned to the Arctic.

The walrus was first seen by tourists in Seahouses harbor, about an hour from Newcastle.

Andrew Douglas, 49, owner of a boat tour company, said he had never seen a walrus in the area before.

“But it’s just absolutely amazing, so I’m just praying that people will give it some space and just let them enjoy it for what it is.”

Wally the walrus rose to fame for more than five months with performances in the UK and Ireland.

He was spotted in Iceland about a month ago, much closer to his arctic home.

Local wildlife website Natural Newbiggin tweeted a photo of the new walrus and said, “Walrus in Seahouses Harbor. Surprise the visitor this morning.

“Not ‘Wally’, but intended as ‘Freya’, an immature female that has been seen in Germany and Holland for the past few weeks.”

Andy Sisson of British Divers Marine Life Rescue said that Northumberland Gazette: “It is a young female and could very well be Freya. It’s bigger than a bull seal, maybe three quarters of a ton.

“There was a lot of interest in her today. It has drawn a steady stream of spectators all day, but people have also kept their distance in a very indulgent way.

“She lies on the ballast stones in the port of Seahouses, mostly she rests and seems to be stable.”

Tynemouth Seal Hospital issued an update warning people to keep their distance from the walrus.

It read: “We are aware of reports of a walrus in the area and would like to encourage people to give it as much space and tranquility as possible.”

“This animal is out of its normal range and needs to rest and regain its strength.”