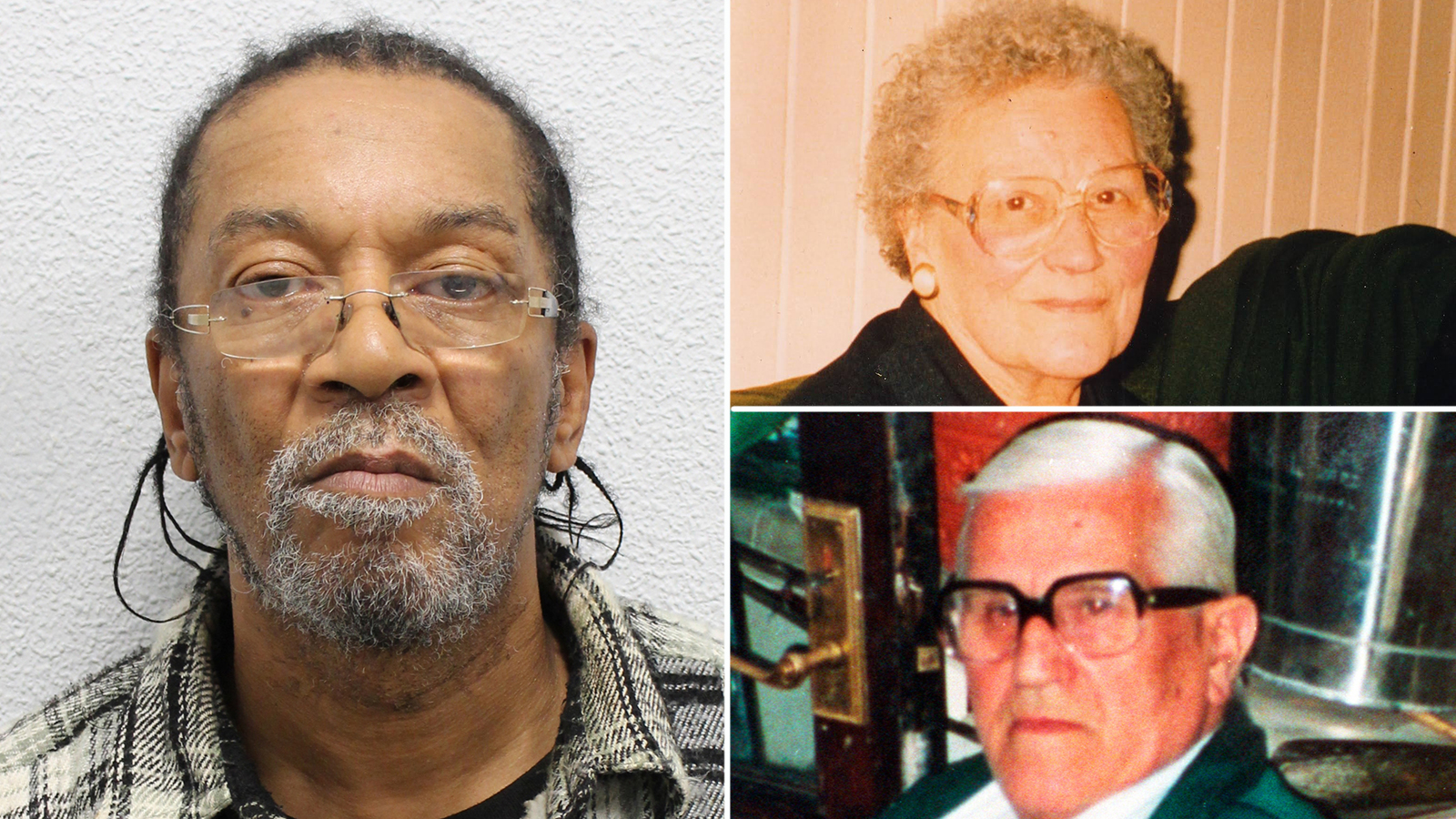 After a trial at the Old Bailey, Neil was found guilty of the murder of Mr Bryan and the manslaughter of Ms Castle.

Ms Justice Cheema-Grubb sentenced him on Friday, saying: “You have evaded justice for almost 30 years, now justice has caught up with you.”

She later said, “This was an infamous and generally horrifying crime, both because of your story and the doubly fatal consequences of what you did.”

The pensioners were beaten and detained when their home was searched for valuables.

The judge told Neil his actions were “ruthless” and “lacking in mercy” and that the siblings died “as a result of your greed”.

She added: “By 1993 you were an established and experienced professional burglar.

“But you had what it took to offend in a way that was far more serious.”

Neil pulled two wedding bands and two diamond rings from Mrs Castle’s fingers but did not find around £4,000 in cash – some of which was hidden in socks, the Old Bailey was told.

Ms Castle suffered a heart attack and Mr Bryan suffered cardiac arrest after being beaten and choked to death during the night’s raid.

No one witnessed the attack, but screams could be heard from neighbors suggesting a “prolonged break-in and assault,” jurors heard.

Ms Justice Cheema-Grubb told the court: “The suffering of one of them was made worse by the knowledge that the other had died or was dying, that is inescapable.

“They were practically left facing each other, it’s not hard to imagine, although nobody wanted it, the agony they must have endured at the suffering of the other.”

Police were called to the address on August 23, 1993 and found Ms Castle’s body slumped in a chair with her brother lying on the floor.

The jury was shown images of the scene, with upturned cushions on the sofa, broken glass from a vase, a crooked lampshade in the corner, a pair of glasses on the floor, and Mrs Castle’s handbag on the floor, the contents spilling out.

A hammer and screwdriver were found at the scene.

The murders remained unsolved for almost 30 years until Neil’s DNA was found on the knot of a strap used to bind Mr Bryan’s hands.

The court heard Neil had a series of convictions for about 15 burglaries between 1973 and 1998.

In 1984, he conducted two home invasions within three months, during which the residents were physically assaulted.

A couple were beaten with an iron bar and the woman also smothered with a pillow while their three children slept at their home in Penge, south London.

The man’s hands were bound with a belt and Neil was trying to pull the woman’s ring off her finger.

Although no children were hurt, Neil told the couple: “Your child is dead, right, we killed your little girl, understood. Tell us where the money is or we’ll smash your heads in.”

Two months later, Neil attacked another woman after breaking into her home in Norbury, south London, before making off with a music center and £15 in cash.

He was jailed for the two violent burglaries and released from his license in August 1992 – a year before the double murders.

During his trial, Neil had accepted that his DNA was found at the crime scene but denied having been there or knowing the victims.

He claimed an innocent explanation for the forensic connection was that he sold Mr. Bryan’s binoculars at a flea market and it was the strap that was used to tie him up.

After a trial at the Old Bailey, Neil was found guilty of the murder of Mr Bryan and the manslaughter of Ms Castle.