Vicente Fernandez Health Update: Is He Dead Or Alive? 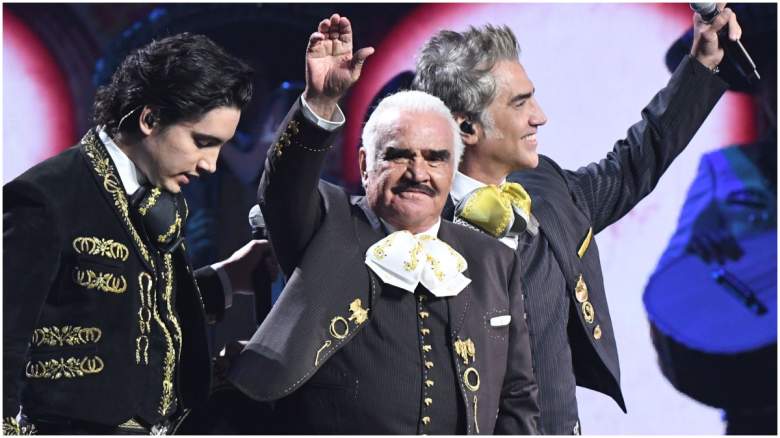 Vicente Fernandez is a popular Mexican ranchero singer whose health has sparked false rumors of death.

However, although Fernandez is alive and not dead, his health remains worrying. Fernandez stayed in the hospital on October 13, 2021, according to NPR, recovering from injuries sustained in a fall at his Mexican home.

According to NPR, Fernandez is known as El Reyhttps: //www.facebook.com/VicenteFernandezOficial, “the king of Mexican music, the greatest living singer in the country”. As a result, he has legions of fans who are concerned about his health.

Updates on his health were posted on Fernandez’s official Facebook page. He has more than 11 million followers there. The last post, however, was on September 14, 2021. “We are nevertheless very grateful for your support 🙏🏻”, it said.

The family also shared updates on Fernandez’s official Instagram page. A translation of October 12, 2021 states: “Since his hospitalization, his family has been by his side in this disease process, which has restricted his quality of life and is now continuously dependent on specialized health care. Due to the type of illness and sequelae presented so far, he was kept inpatient with slow progression and therefore shows no significant changes in his state of health. “

It goes on to say: “He is currently stable, awake, conscious and is interacting with his family at the time of his visit”, but “is very dependent on ventilation from a tracheostomy, his breathing effort is still weak. “His family, friends and medical team thank everyone and the media for understanding that this recovery process will be a very slow process at this stage in his life and current health.”

According to Hola! came Fernandez’s fall two months ago and “caused trauma to his cervical spine”. In the most recent update, the family confirmed that he was very much alive and “currently stable, awake, conscious and interacting with the family,” Hola! reported on October 13, 2021.

However, the website reported that his recovery was “slow”.

Fernandez’s son rejects rumors that his father is brain dead. His son said of the false media reports that it was “very sad to come up with news like this”.

According to Mundo Hispanico, the false report came from the Mexican magazine TvNotas, which “published a message saying that a close friend of the Fernández dynasty said Don Chente had been declared brain dead and the doctors could no longer do it “. everything to save him. ‘”

His son has told the media that this is not true.

According to his website biography, Fernandez has “received every honor and honor in the entertainment world and beyond” “in a career spanning five decades.” He has won Grammys and Premio Lo Nuestro awards. He is a regular at the top of the Billboard charts and has received awards for his life’s work, honors in the Hall of Fame and even a star on Hollywood’s Walk of Fame. “

The website continues: “Many thought Fernández was Mexico’s fourth gallo, or the singing rooster.” His music is rooted in the culture and “combines an operatic field with a deep understanding of the rural roots of ranchera music,” the website says. He is 81 years old.