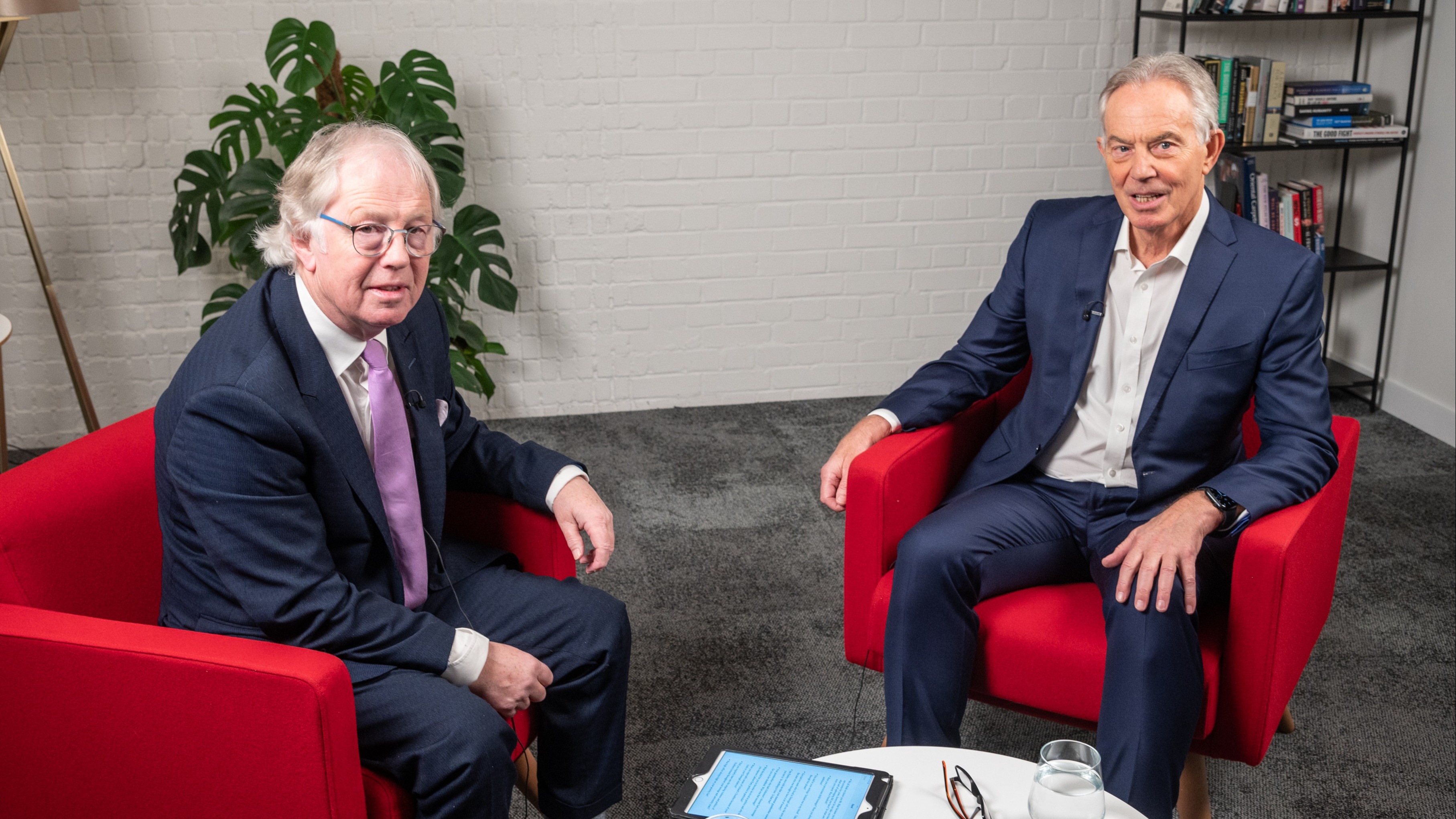 Coinciding with the approaching 25th anniversary of the Good Friday Agreement, this comprehensive interview looks back on his memories of this pivotal time in Northern Ireland’s history, reflecting on his involvement in the events leading up to the Agreement and providing insights into the personalities involved.

He also shares fond memories of childhood family holidays spent in Donegal, and how his staunch Presbyterian grandmother had a message for him on her deathbed: “Whatever else you do, my son, do not marry a Catholic …And I did… .I didn’t have the heart to tell her I was dating at the time.”

He tells Eamonn from the outset his “passion” for solving the Northern Ireland problem
beginning of his nomination as Prime Minister, and shares details on several key points in that process — including his relationship with Bill Clinton and the “important role” he played in speaking one-to-one with David Trimble and Gerry Adams.

He recalls that David Trimble “was convinced there would be a real peace” and that a “straightforward” Martin McGuinness wished “that the next generation of people should have something different”.

He says, “I think it was on the razor’s edge up to the last moment.”

When Eamonn asks him if he thinks the Good Friday Agreement can work, he says: ‘It worked for the most part, but at the moment it’s not working as it should.’ He later says, ‘I still think the peace will hold will. And I think the people of the island of Ireland are determined
don’t go back to the past.”

He and Eamonn also discuss Brexit and the protocol issue, where he suggests: “If both
Sites are flexible and you take the ideology away from it… if you look at it practically,
You can find a solution.”

He closes the interview with the words: “We could never have made peace in the north
Ireland if we hadn’t had people willing to put politics aside and focus on that
what was right.”

Eamonn said: “25 years ago I was part of the press corps and witnessed every twist and turn of the peace process leading up to the deal.

“During that time I fought Tony Blair several times. The exchange was always lively and challenging.

“All these years later, as I sat down with him at his London headquarters to look back and forward on political developments in Northern Ireland, I found him direct on the making of the Good Friday Agreement and the lessons to be learned from today’s politicians with smaller ones faced political problems.

“Like Tony Blair, we all had time to reflect in a non-violent community on the political miracle that was the Good Friday Agreement. Back then, with Tony Blair at the helm, our politicians found a way forward. The Good Friday Agreement of 1998 proved that the most intractable political problem can be overcome – in the words of Mr Blair – “when politicians put the people before politics.”

Tony Curry, program editor at UTV, said, “This is a ‘must see’ for viewers who
Remember darker days in Northern Ireland and how the Good Friday Agreement was a stepping stone to peace.

And for younger viewers it’s a perfect opportunity to hear from one of the historians himself how he and the leaders of the time all worked together to bring peace to Northern Ireland.”

This episode of “Eamonn Mallie Face to Face with…” airs Wednesday, January 25 at 9 p.m. on UTV.