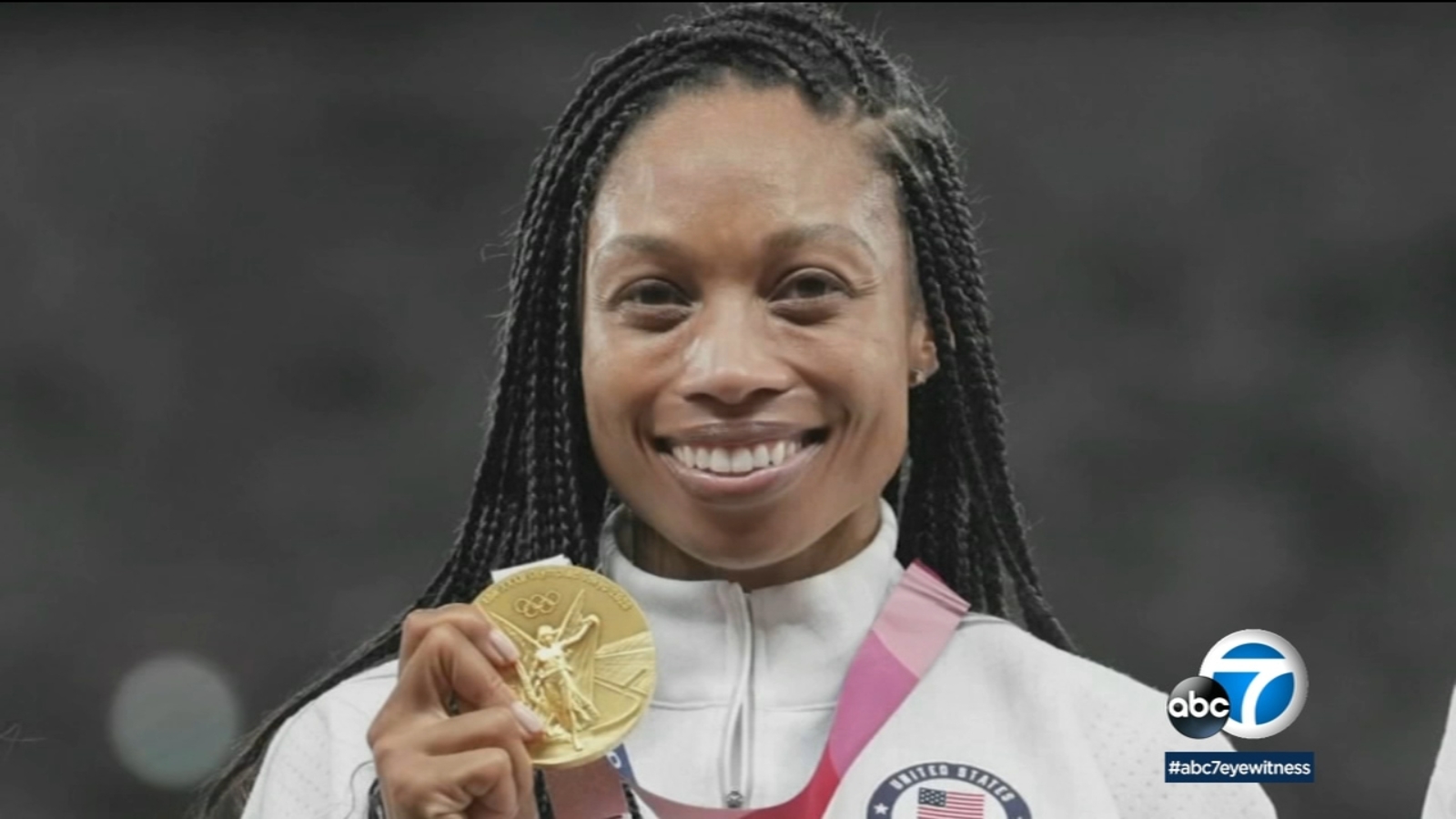 LOS ANGELES (KABC) — Allyson Felix, the most decorated US track and field athlete in Olympic history, has certainly received many awards and accolades throughout her career. To add one more thing, the University of Southern California just announced the renaming of one of their fields in her honor.

“When President Folt broke this message to me, she really emphasized that it was because of her character and integrity and wanted the students to see that,” said Felix, an 11-time Olympic medalist. “Just that the university is celebrating that speaks volumes to me about what’s important here.”

It’s an honor usually reserved for donors, but Felix, a USC alumna, has been a champion off the track as an advocate for women’s rights and other athletes of color. She has also frequently collaborated with the university, even delivering the opening address in 2022.

“It’s not just her accomplishments on the track, but as a mother, as a leader, as an innovator, as a competitor, she just represents everything that is right in terms of leadership and athletics,” said Mike Bohn, USC’s director of athletics.

“It embodies so much of what all Trojans aspire to be and consider important in every way,” said Dr. Carol Folt, President of USC. “Having your name on that box will mean the world to so many Trojans, I think.”

Born and raised in Los Angeles, Felix walked around campus as a young girl. Allyson Felix Field is home not only to the men’s and women’s track and field teams, but also to groups such as ROTC, the Trojan Marching Band, and other recreational sports. Now other students and other young people will walk by the field and hopefully get inspired when they see her name.

“I’ve decided not to give up,” said Felix. “To keep pushing and keep fighting and to have a lot of support, all I would say is that you should set your goals really high and pursue them.”

A formal celebration in honor of Felix is ​​held in April.