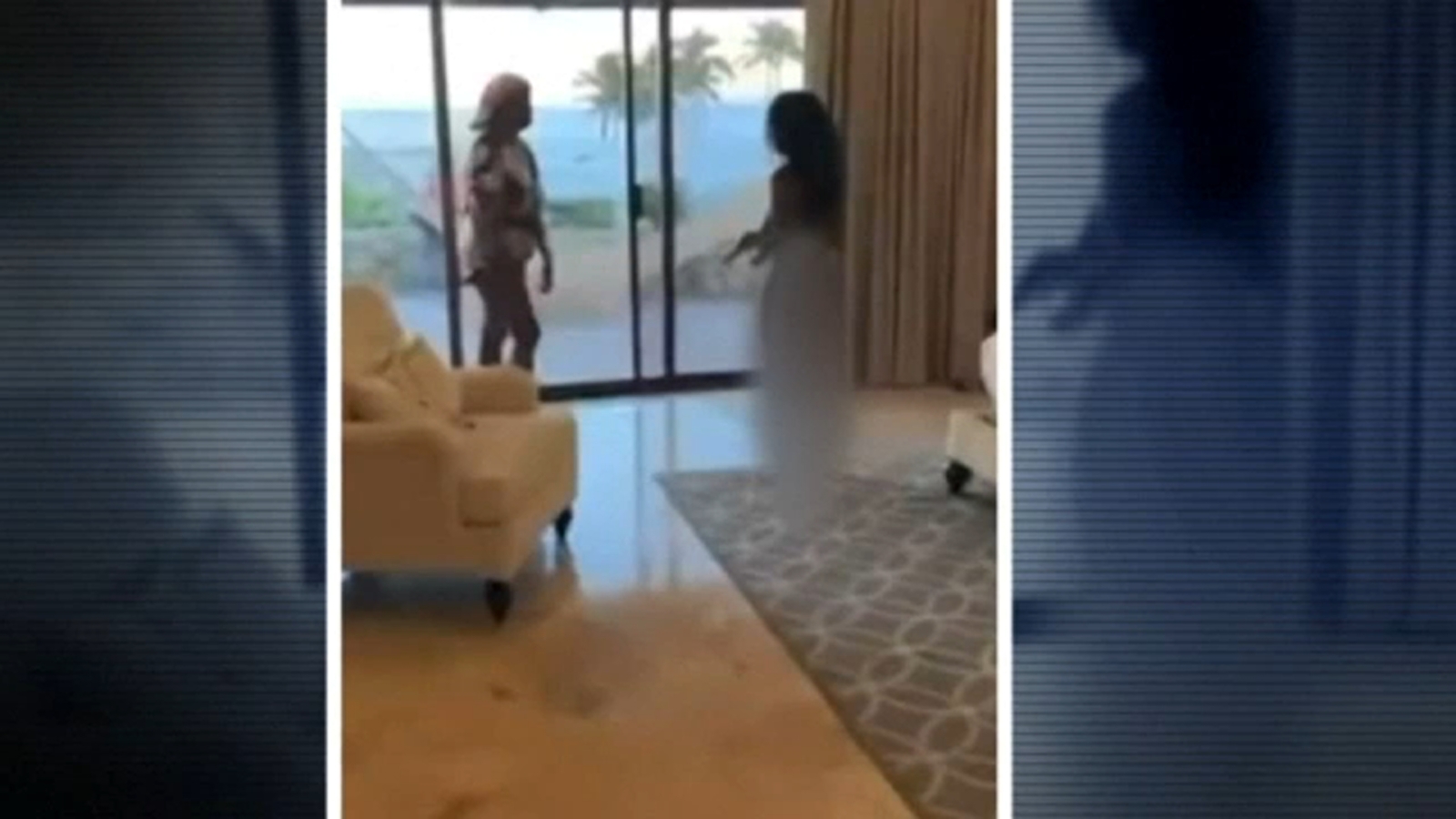 Shanquella Robinson arrived in the quaint Mexican town of San Jose del Cabo on October 28 with six of her friends.

A day later, the 25-year-old student at Winston-Salem State University in North Carolina died while staying at a luxury rental property in Baja California Sur.

Now, almost a month after the death, the FBI is investigating and Mexican prosecutors are trying to identify one of Robinson’s friends as a suspect in the case.

Here’s what we know about a case that drew attention after viral video surfaced showing another woman hitting Robinson while someone else was recording the attack.

According to her father, Bernard Robinson, Robinson traveled to Mexico with her college friends from Winston-Salem State University on vacation.

According to her father, she last spoke to her mother, Salamondra, on the morning of October 28.

Robinson was found dead in the living room of her vacation rental the following day, U.S. and Mexican authorities said.

Robinson’s cause of death was “severe spinal cord injury and atlas luxation,” which is instability or excessive movement of the top cervical vertebrae, according to a copy of her death certificate obtained by CNN affiliate WBTV.

The death certificate classified Robinson’s death as “accidental or violent” and noted that the approximate time between injury and death was 15 minutes.

After Robinson’s death, her six friends returned to the United States.

A video that has been circulating online for the past few weeks appears to show a physical altercation in a room between Robinson and another person.

It is not clear when the video was taken or if it shows the moment she suffered the fatal injury.

It is Robinson who can be seen in the video being thrown to the ground and hit on the head, Bernard Robinson confirmed to CNN.

Mexican prosecutors said last week that an arrest warrant had been issued there for a woman suspected of fatally assaulting Robinson.

Prosecutors said they were working with Mexico’s Attorney General and the State Department on an extradition case.

Evidence showed the death resulted from “a direct assault, not an accident” and involved a friend of the victim, prosecutors said.

Mexican authorities said the death occurred in San José del Cabo. The FBI said it happened in nearby Cabo San Lucas, and the agency did not respond to CNN’s request for comment.

Mexican officials have not named the suspect but have confirmed that she is a US citizen believed to be in the US.

No one has been charged in the case and authorities have not released the names of Robinson’s friends.

CNN has reached out to the US State Department, the FBI and the US Department of Justice for comment.

The FBI’s Charlotte field office said it had opened an investigation into Robinson’s death.

The death was not due to an “argument” but to “direct aggression by that person,” Baja California Sur Attorney General Daniel de la Rosa told local media last week.

According to the public prosecutor, the extradition proceedings against the suspect were ongoing.

“There is already a warrant out for the crime of femicide,” or killing a woman because of her gender, de la Rosa said, adding that “a friend” of the victim was allegedly responsible for the death.

The warrant is valid in Mexico, prosecutors said, and they are in consultation with federal officials in both countries on the extradition request.

“We are already conducting all relevant procedures, both the Interpol file and the extradition request,” said de la Rosa.

According to CNN legal analyst Joey Jackson, Mexico and the US have a longstanding extradition treaty and a long history of cooperation on such matters.

“On one side, you could see Mexico getting involved in law enforcement,” Jackson said. “On the other hand, we certainly have a law in the United States that requires our government to be involved. In the event that you go abroad and an American citizen is ultimately killed by another American citizen, there is a law that could provide for prosecution to take place in that country.”

Meanwhile, Robinson’s family is awaiting more information from authorities and her daughter’s friends.

“You took my only jewel from me,” said Bernard Robinson. “You tore a big hole in my heart. The only thing I can do is fight for her. I can’t let her die in vain.”