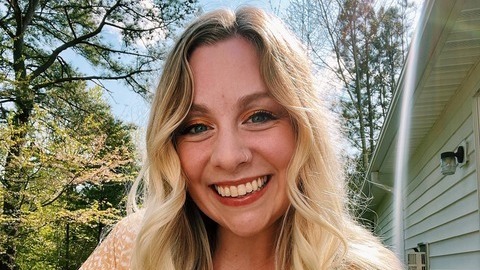 Abby Zwerner was shot in the hand and chest by one of her students, who had taken his mother’s gun to school.

The 25-year-old teacher has since been discharged from the hospital after the Virginia shooting.

The six-year-old’s family also said the child has an “acute disability” and that a parent usually accompanies him to class, but not during the week of filming.

The boy’s family statement was released through the office of Attorney James S. Ellenson.

It is the first public statement from the child’s family since the Jan. 6 shooting in the city of Newport News.

“Our family has always been committed to responsible gun ownership and keeping firearms out of the reach of children,” said the family, who have not been identified.

“The firearm accessed by our son has been seized.”

The statement did not elaborate on where the 9mm pistol was stored or what they meant by “secured”.

Ellenson told The Associated Press he understood the gun was in the mother’s closet, on a top shelf that was well over two meters high.

The gun also had a trigger lock that requires a key, similar to a bicycle lock.

Regarding how the child could have gained access to the gun, Ellenson said, “We don’t know.”

The family said the week of the shooting “was the first week that we weren’t in class with him. We will regret our absence that day for the rest of our lives.”

It was unclear what the family meant by accompanying him to class every day, and whether this also meant staying with him during class.

The statement did not define the boy’s disability. And it didn’t explain what his “care plan” was and whether it was similar to other plans that serve children with disabilities.

It’s rare for students with disabilities to be accompanied by an adult, such as a teaching assistant, who works one-on-one with children, said Michael J. Kennedy, a professor of special education at the University of Virginia.

Police said the six-year-old’s mother bought the gun legally, but it was unclear how her son obtained access to it.

A Virginia law prohibits leaving a loaded gun where accessible to children under 14, an offense punishable by a maximum of one year in prison and a $2,500 fine.

In a statement, the boy’s family said: “We pray for her healing after such an unimaginable tragedy as she selflessly ministered to our son and the children at school.

“She has worked diligently and compassionately to support our family while we sought the best education and learning environment for our son,” the family statement said.

“We thank her for her courage, her grace and her sacrifice. We, along with all other teachers, families and administrators, mourn the impact this horrific incident has had on them, our community and the nation.”

The family said the child has been in hospital since the shooting and is receiving “the treatment she needs.”

No charges have been filed against the mother, but investigations are ongoing, police said