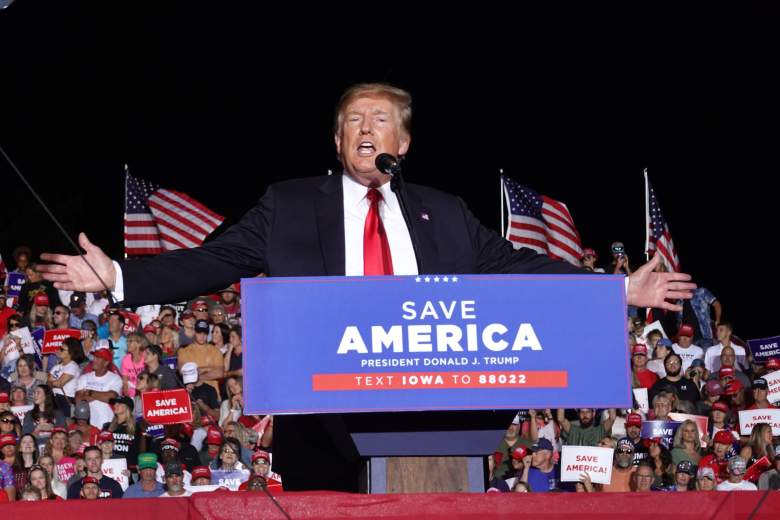 Former President Donald Trump posted a Thanksgiving message through his spokesman on Twitter that some of his supporters believe may point to a presidential election in 2024.

Trump, who was voted out of office and replaced by President Joe Biden during a stormy period of attempted siege of the U.S. Capitol, posted the letter by spokeswoman Liz Harrington, because he remains blocked on Twitter.

Newsweek cited polls that suggested Trump could potentially defeat Biden if he runs for a second term in 2024.

“The President and Former President’s Thanksgiving messages come as recent polls suggest Trump is well positioned to potentially defeat Biden in a 2024 rematch election,” Newsweek reported. “Although Trump has not officially announced his intention to run for president again, he has repeatedly teased the possibility.”

An email blast sent today and cited by the New York Post discussed inflation and placed the blame on Biden. The email was attributed to Trump and sent by the fundraising department of his PAC Save America. It asked for donations, reported the Post.

“We have a lot to thank, but unfortunately RECORD HIGH INFLATION is not one of them. Biden took the beautiful strong economy I had built and set it on fire. The price of your Thanksgiving meal is up 14%. Despicable, “it said in that statement. “It makes me sad to think that YOU are paying the price for Joe Biden’s terrible leadership.”

The Post noted that “it is unclear whether Trump actually writes or reviews the PAC’s extensive and often emotional appeals for donations.”

“Trump was supported by 45 percent of respondents, while only 32 percent supported Biden – a difference of 13 points. A recent Emerson College poll earlier this month found Trump would beat Biden by 45 to 43 percent in a potential rematch in 2024, ”Newsweek reported.

Biden too Post a message on Twitter today, November 25, 2021, from the POTUS account and, together with his wife Jill Biden, wishes the Americans a happy Thanksgiving.

“Happy Thanksgiving. This is always a special time in America, but this year the blessings of Thanksgiving are especially significant,” said Biden.

Jill Biden stepped in and said, “After we were separated last year, we have a new appreciation for those little moments that we cannot plan or reproduce.”

“You make us so proud to be your president and first lady every day,” added the president. “And from the Biden family to yours, Happy Thanksgiving! May God bless you and may God protect our troops and their families. “

CONTINUE READING: Why are the cranberry sauce labels upside down?