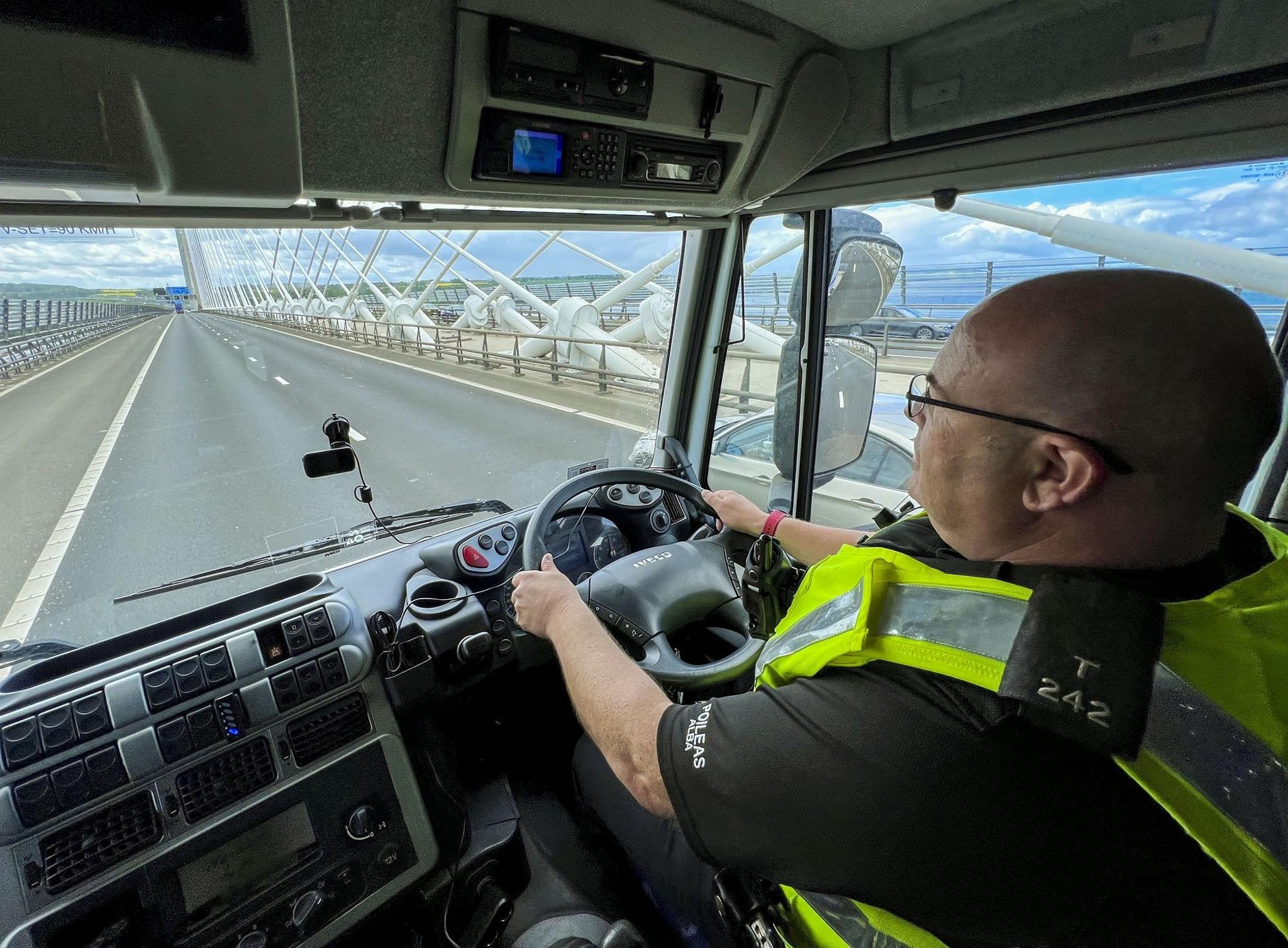 Drivers have been caught eating a bowl of cereal and using their mobile phones from Police Scotland’s new undercover weapon – a truck cab.

The force announced on Wednesday that it would use the truck to allow officers to look inside other vehicles from above.

It follows the launch of a similar initiative by police in England and Wales seven years ago, which has been deployed in more than 30 counties, as shown in this YouTube clip.

It said Operation Tramline had caught more than 100 motorists committing crimes, including failing to wear seatbelts and speeding, since it launched two weeks ago.

A total of 85 drivers were reported for prosecution, including 47 for using cell phones.

Another 36 drivers were cautioned for various offences.

Those caught include a 23-year-old woman who ate a bowl of cereal on the outside lane of the M90 ​​while heading south across the Queensferry Crossing.

She was fined £100 and had three penalty points added to her license.

A lorry driver on the Edinburgh City Bypass has been fined £200 and six penalty points for steering with his forearms while both hands were on his mobile phone.

Police said he was “clearly not in control of his vehicle.”

The force unveiled their new vehicle in South Queensferry on Wednesday.