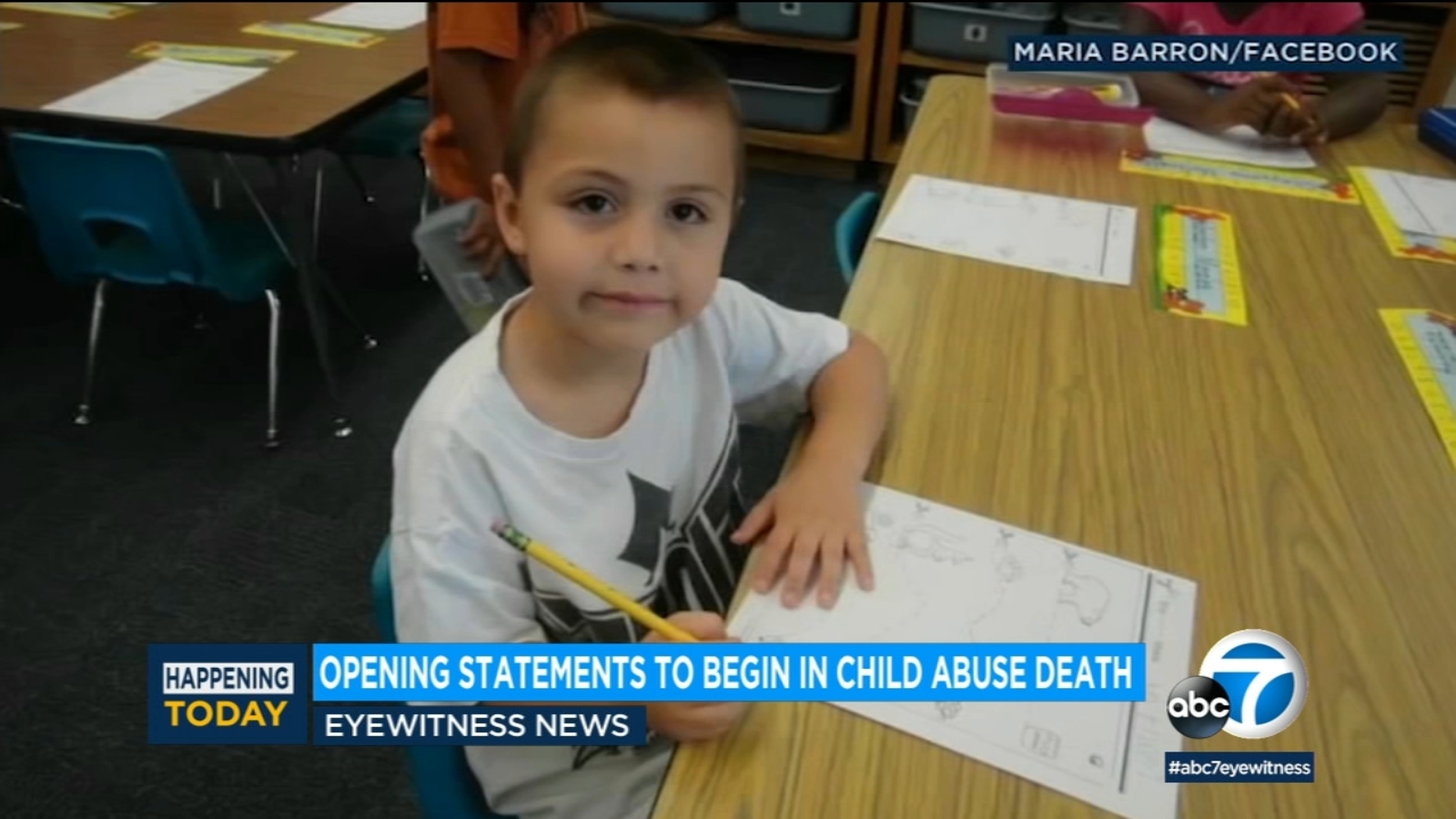 LOS ANGELES (KABC) — Opening statements begin Wednesday in the trial of a Lancaster woman and her boyfriend accused of torturing and murdering their 10-year-old son.

Anthony Avalos was found dead in 2018 from blunt force trauma.

Anthony’s mother, Heather Barron, and her boyfriend, Kareem Leiva, have both been held without bail since their arrest.

The county settled this case for $32 million.

Anthony’s family says they plan to attend the trial every day.

If convicted, Barron and Leiva could face life imprisonment without parole.

Prosecutors originally called for the death penalty, but the district attorney’s office changed course in May 2021.

The case is a trial decided by the judge, not a jury.