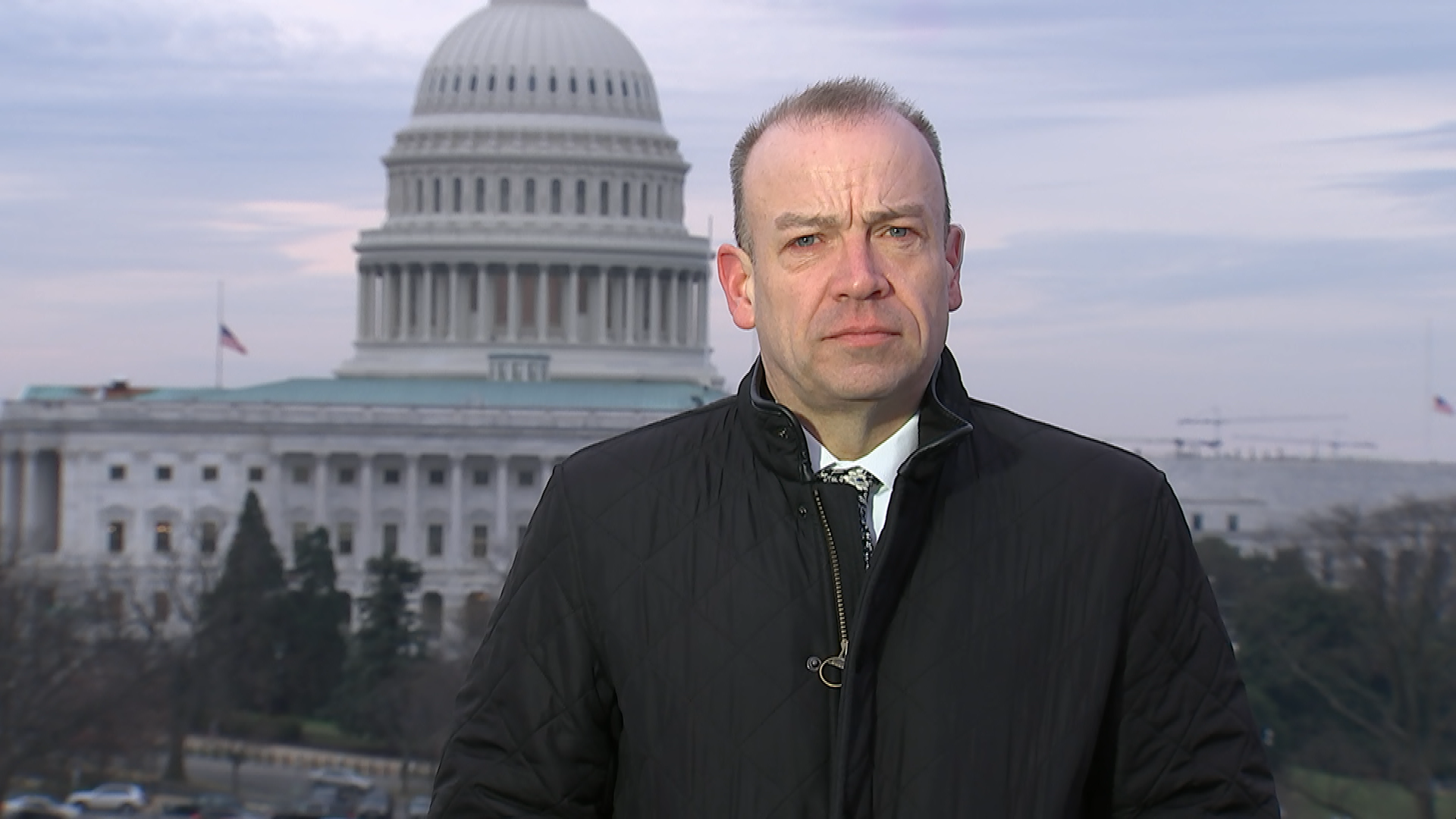 Chris Heaton-Harris insisted the purpose of the five day visit is to find new investment opportunities for Northern Ireland.

“I meet politicians, they ask about the protocol and if there is any movement on the negotiations with the European Union and there is not much to report, to be completely frank,” the Northern Ireland minister told UTV.

“It was just a small part of the conversations I had.

“They ask questions, but there’s very little to keep people updated on.”

When asked if he would like the US on his side, Chris Heaton-Harris added: “I’d like to think that the US is always on our side.”

The Northern Ireland minister said a possible visit by US President Joe Biden was “not a subject of talks here”.

He added: “Quite the opposite, we are talking about making business investments in Northern Ireland.”

Mr Heaton-Harris also said he had met with one of the US members of Congress, who had signed a letter expressing “serious concern” about the UK government’s legacy proposals.

“We’re striving to improve the law to get it to the place where it’s a law that works for all victims of the troubles we’ve had,” he said.

“I actually met one of those congressmen last night, and I’m meeting other congressmen today who signed this letter, and I know I have to explain the government’s position and why the Legacy Act is going through.”

The Secretary of State would not invoke whether he would enact legislation on organ donation in the absence of an executive branch.

Chris Heaton Harris is because of a meeting with the family of Dáíth Mac Gabhann in February.

It comes after plans for Dáithí’s law – which would mean NI will follow an opt-out organ donation regime, in line with the rest of the UK – emerged emerged as having been delayed.

The Foreign Secretary said: “This is something the decentralized executive should respond to. I’ll speak to the family and we’ll go from there.”