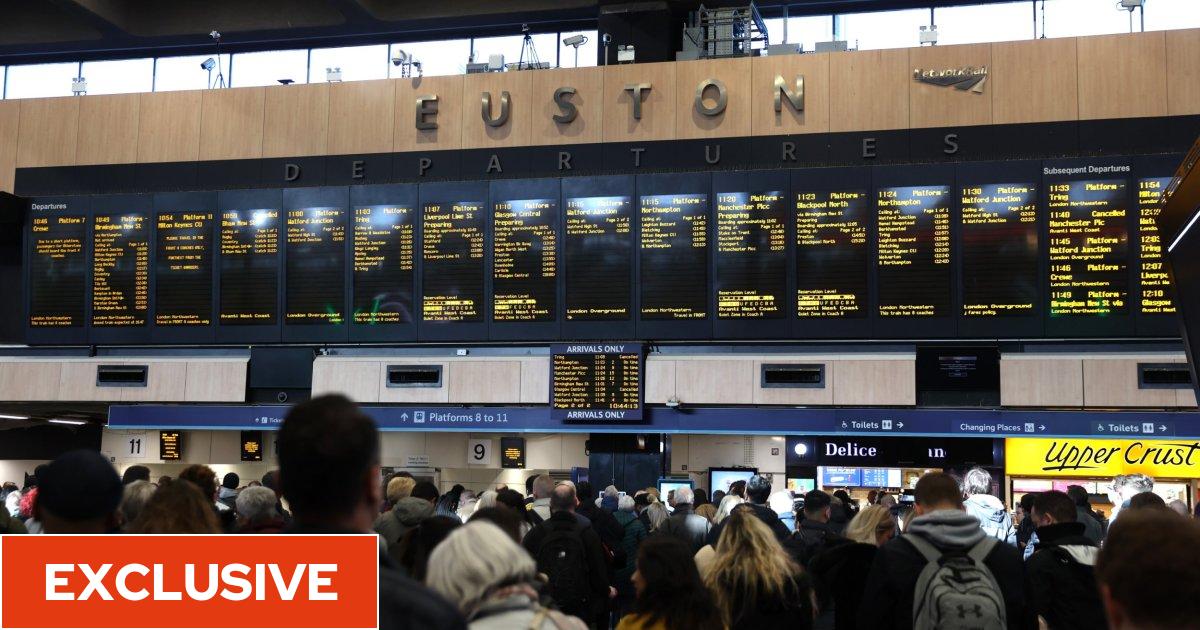 Local business leaders have written to the transport minister urging him to reach an agreement with railway companies, unions and metro mayors

Rail services across the north will “collapse into utter chaos” if ministers don’t solve the driver shortage problem within days, industry leaders have warned.

Jim O’Neill, a former Treasury Secretary, and Jurgen Maier, the ex-CEO of Siemens UK, have written to Transport Secretary Mark Harper urging him to get a grip on the crisis, fearing it could get worse than that Northern Rail timetable fiasco in 2018.

Train passengers using Avanti West Coast between London and Glasgow and commuters using TransPennine Express have endured months of hardship on the rails due to an ongoing dispute over drivers’ working hours.

This is because operators over-rely on ‘rest-day work arrangements’, where drivers can voluntarily work weekends, especially Sundays, in exchange for overtime pay.

Recent calls from the Government to change labor practices amid the pandemic and then a row between First Group, which operates Avanti and TransPennine, and its drivers has resulted in a breakdown in driver readiness, resulting in radically depleted service to passengers.

This has resulted in tens of thousands of rail connections being canceled each month, while passengers have been unable to pre-book seats.

Mr Harper was scheduled to meet with Metro mayors from across the North to discuss the issue but had to cancel last week. He has promised a “proper seven-day railroad” that doesn’t rely on volunteers to run normally.

A new meeting is expected to be held in Manchester this week, prompting industry leaders to call for swift action to resolve the issue.

In their letter, Lord O’Neill and Mr Maier – both vice-chairs of the Northern Powerhouse Partnership – warned that the current situation cannot continue.

“When you meet our Metro mayors here, we want to send a clear message: we cannot continue as before,” they said. “If we don’t get approval this week to negotiate a working arrangement for rest days, it will be too late. We are already seeing more cancellations on the north of the TransPennine Express than after the May 2018 timetable crisis. When the new timetable comes in, the system will be in utter chaos.”

Business leaders have asked the central government to solve the ongoing problems in the north, warning that it will hurt the regional economy and risk deepening the recession.

The letter adds: “Northern prosperity is national prosperity. It is time for you to act and stop the crisis, otherwise it will only worsen under your watch.”

Jake Berry, the Conservative MP for Rossendale & Darwen, said on Sunday: “The rail network is in real chaos and we are feeling that particularly in the North with a creaky and aging service.”

Mr Harper told the BBC: “It has to do with driver shortages but also with the fact that we don’t have a proper seven-day railway. We have days of the week when train services depend entirely on the goodwill of the people who come to work on their day off; That’s not how you run a modern railway that people can rely on in their everyday lives.”

A Transport Ministry spokesman said: “It is unacceptable that poor service and strikes are preventing hard-working people from going about their daily lives.

“The government is investing billions in transport in the north and is working closely with rail operators to ensure that new drivers are hired quickly and long-term solutions are put in place so that passengers can travel safely and uninterrupted.”