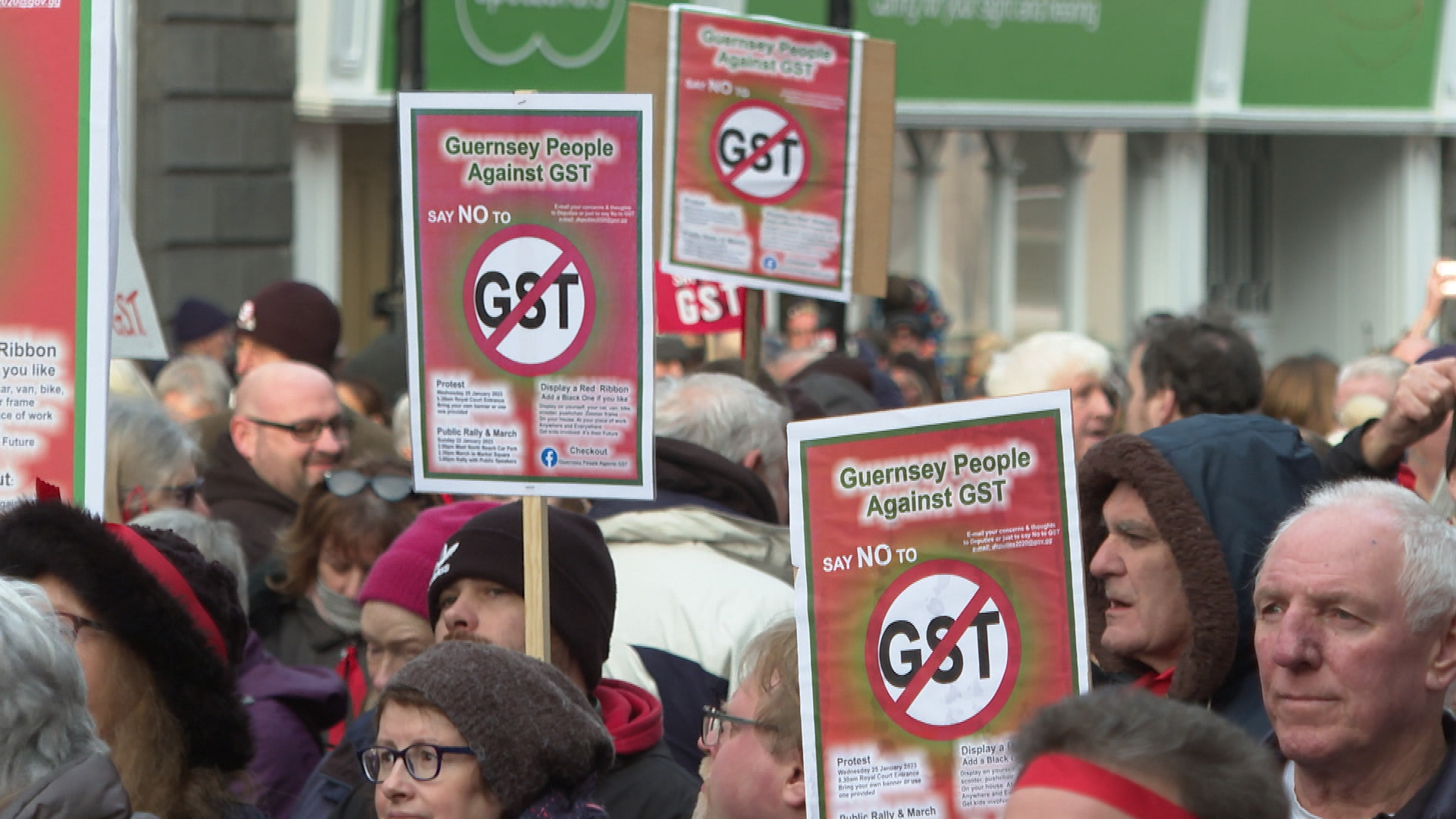 Islanders rallied in St. Peter Port to demonstrate their opposition to Policy and Resources’ plan to impose a 5% tax on nearly all purchases to bolster public finances.

The tip of the island Politicians claim it’s the ‘least worst option’, but protesters yesterday said the move would ruin their business. One told Latest Page News: “There are other ways of getting taxes on the island that they can bring in. I am a small business owner. It will ruin my business like most companies do.”

People, placards and oodles of red ribbons filled the streets ahead of a public rally in Market Square.

Rachel Presland, who helped organize the event, said: “I think they need to look at the numbers that were here. Everyone has bothered to come out and instead of being keyboard warriors or saying it in general chat, they actually come out in numbers and show they are against GST.”

The Guernsey Government is facing a multi-million pound deficit and while a GST of 5% is the proposed solution, it is facing increasing public opposition. Alternatives including a 15% corporate tax and cuts in government spending.

Another organizer of the rally, Lance Vaudin, told Latest Page News: “People don’t want GST. I think P&R are a bit deflated too. They have put forward their policy, but it is not popular, it is not what people want and politicians, whether they like it or not, have to listen to the people. We’ll take them there.”

While these islanders have made their views clear, the final decision rests with the states.