This period of “national mourning” is spiraling out of control 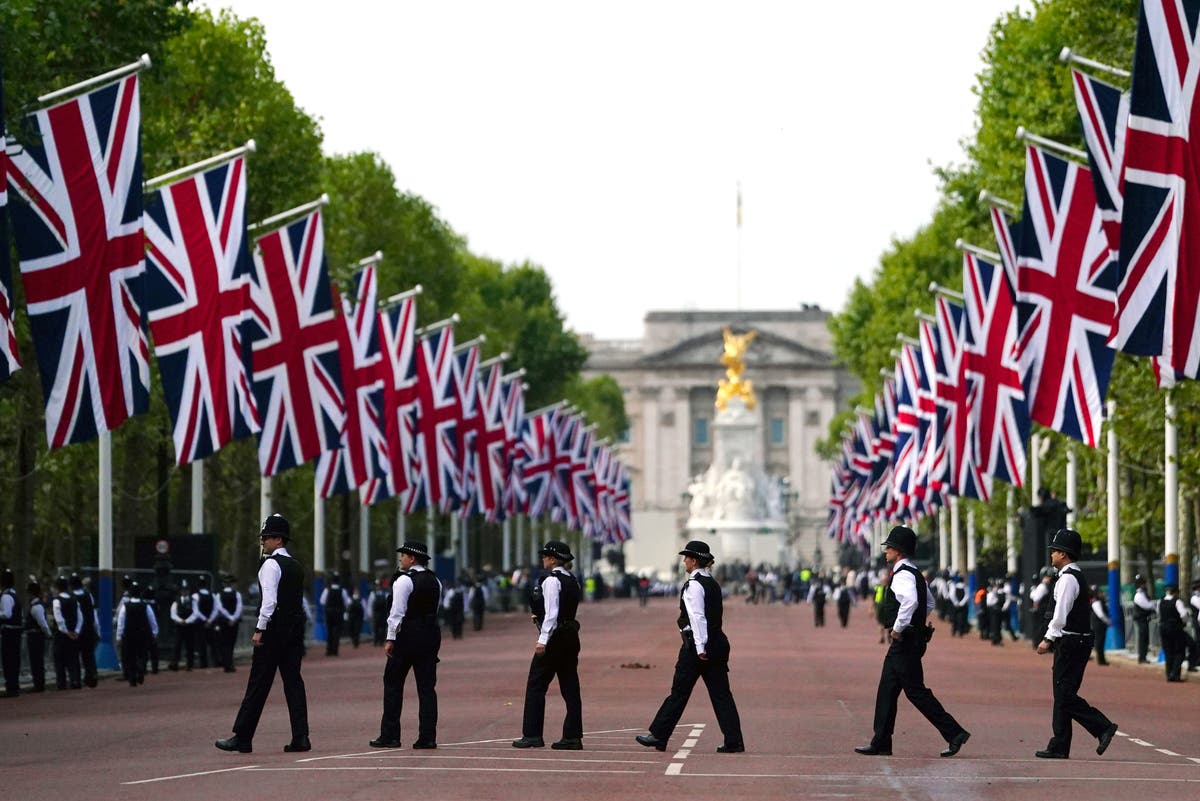 At times it feels like Britain is a parody of itself. Almost too ironic, too ridiculous to be really true, as if we’re all stuck in a particularly gray version of it The Matrix where the goal is to bring us back to the Victorian level of suffering and misery. At least that’s how it’s felt since the Queen’s death last week.

Of course, the death of a head of state, especially a head of state who has served for seven decades, will always provoke an outpouring of grief. Whether you’re a fan of the concept of monarchy or not, the Queen has been a constant in British life throughout most of our vivid memories.

For those who are fans of the kind of leadership that is unelected and very elitist, this will be a particularly sad time – perhaps a time to wear black, lay flowers or say a prayer. I was expecting the back-to-back coverage on all the major TV networks, the documentaries about her life and the live stream from Buckingham Palace – after all, we saw the same thing after Prince Philip’s death last year.

What I didn’t expect was that grief would become some kind of ubiquitous excuse that obscures our economic and political realities and infiltrates all aspects of our lives, to the detriment of the poorest and most disadvantaged.

In the name of national mourning, things have gotten a little weird and frankly absurd. It emerged a few days ago that the volume of checkout beeps at Morrisons stores had been turned down as a show of respect for the Queen – and that customers were having trouble scanning their purchases as a result. In Norwich, a cyclist posted one Photo on Twitter shows that a downtown bike rack was closed for two weeks of national mourning – and that all bikes attached to it would be removed.

Random and innocuous events like children’s soccer tournaments and duck races with little apparent connection to the royal family have been canceled across the country, and brands have capitalized on national mourning by launching quirky initiatives out of respect for the Queen. The Met Office even capped its announcements – as if the weather had also paused for a national mourning.

But things haven’t just been bizarre for the past week. They have now reached the point where they become of real concern, with downright dangerous and long-lasting consequences for those already struggling across the country.

First, the serious implications for our democratic right to hold those in power accountable. Petitions on the government website have been suspended, limiting the public’s ability to use their voice to bring about change. After the horrific killing of an unarmed black man, Chris Kaba, by a police officer, the new Met Police commissioner refused to face a media scrutiny amid national mourning. How convenient.

And in another dystopian twist, citizens exercising their democratic right to protest have found themselves arrested or harassed by authorities for crimes that amounted to nothing more than holding a sign that read “Not my King” or Prince Andrew a “sick.” call old man”. Amidst the ubiquitous excuses of respect and decency, even lukewarm anti-monarchy sentiments seem no longer acceptable in this nation of hollow platitudes.

Still, I could endure silent supermarkets and canceled sporting events – even the dodgy timing of the government recess could be excused given the Conservatives’ track record of providing little support to those who need it most – but what justification is there for funeral-day doctor’s appointments cancel the queen?

Yes, because it’s a holiday these essential services will be closed, but it seems almost impossible to justify closing food banks, canceling children’s cardiology appointments, or otherwise delaying MRI results.

Why do other grieving families whose funeral was scheduled for Monday have to postpone their loved one’s funeral just because the Queen happened to have died at a similar time? Even those who deeply mourn the loss of the Queen can surely see the hypocrisy and irony of the situation. We could certainly have held the funeral on Sunday – and planned a holiday of remembrance at a later date.

As is so often the case, the brunt of these decisions will be felt most by those who are already experiencing the harsh reality of living during a livelihood crisis. The thing is, poverty knows no holidays. Not even for the Queen’s death.

As mourners stack jam sandwiches outside a palace filled with gold and jewels, families struggling to feed their children wonder how to deal with their local food bank being closed in the name of national mourning. Those who have already faced longer waits for hospital appointments may now be pushing back potentially critical medical care with potentially life-threatening consequences – particularly for those with disabilities and chronic conditions.

Millions are estimated to be spent on the Queen’s funeral – at a time when child poverty indicators in some parts of the country have risen by as much as 14 per cent in the last 18 months and households across the UK are facing these energy costs will plunge them into debt and misery.

The death of a soul is a sad thing, but this death of a billionaire monarch steeped in inherited privilege will be felt most by communities already facing multiple disadvantages – and I would hope that the sheer irony enough of it to turn the stomach of even the most fervent royalist.