The veteran detective considers leaving the troop because she can’t afford to live. 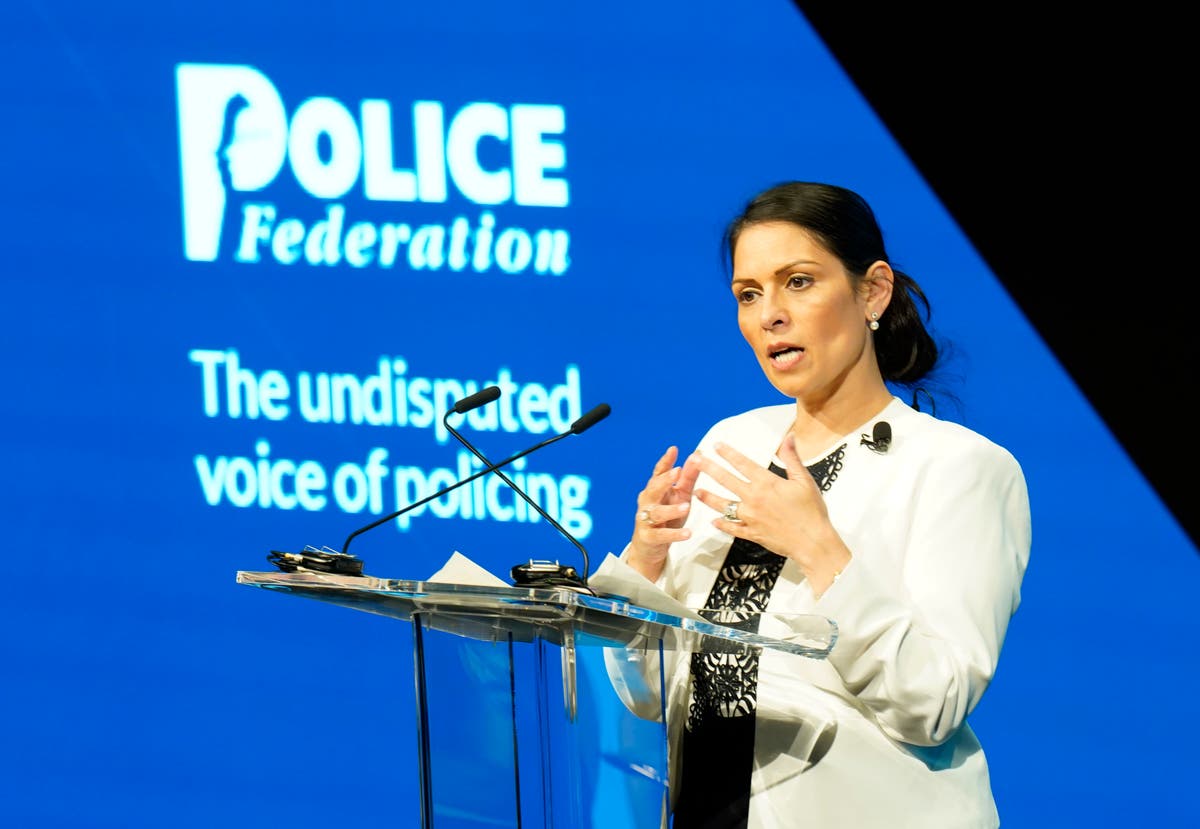 A detective who served in the police force for 23 years has told how she was forced to use food banks and borrow loans from family to cover her living expenses.

DC Vicky Knight confronted the Home Secretary at a police conference in Manchester on Tuesday, asking if she could live on the £1,200 a month being brought home by probation officers.

The 47-year-old said she borrowed £40 from her mum last weekend to cover petrol and her son’s school lunches.

“We just want to be heard,” she told Ms. Patel. “We’re desperately struggling to do the job we love and make ends meet at home.”

Her comments came during a heated question-and-answer session at the Police Federation’s annual conference, where delegates called for pay rises to prevent veteran officers from leaving their posts and resorting to desperate measures.

Speaking to journalists after the session, DC Knight said she wanted to give Ms Patel a “real” demonstration of the struggles officers were experiencing.

“Some of the politicians are so far removed from reality and live in their big houses in nice neighborhoods with the kids in public schools,” she added. “I’ve never seen it so bad and I’m not alone in my situation.”

DC Knight is a detective working in child protection and vulnerable adult cases with the North Wales Police Force, formerly in the Navy.

She said her annual salary of £43,000 equates to £2,300 take-home a month because of taxes, National Insurance, pension payments and other contributions. For probationers the figure is £1,200.

The detective told journalists that a friend who is an accountant calculated that the benefits she could access would make her better off overall if she quit the police force and switched to a part-time job at a card shop.

“I joined the Navy at 17 and have done nothing but serve the public my entire working life,” she added.

“I’ve gotten to a point where I’m going backwards, I may lose my house and move back in with my parents.”

The officer described having to deny her teenage son new clothes and activities and using an app to get discarded groceries from chain cafes.

“On payday we go to Sainsbury’s,” she added. “At the end of the month it’s sometimes a breakfast sandwich [from the app] for tea in the evening.”

DC Knight said she has used a food bank in the past and needs to do so more regularly if not for family and friends.

Because of the cost of gas, she’s currently considering cycling 22 miles each way to work at least three days a week.

“I love my job and I don’t want to quit it, but when push comes to shove and I can’t afford to live, I have to do it,” the official said. “Without the pension I would be gone.”

The detective said if she leaves now, she won’t receive her pension until she’s 68, but if she stays, she could access it at age 49 or 55.

She expressed concern that the financial problems faced by officers like her would prompt an exodus of experienced police officers and specialists and undermine the government’s attempt to replace 20,000 officers lost during years of austerity.

DC Knight said the situation also increases the risk of corruption, warning: “It’s going to be too easy for people to back-up when they’re desperate.”

Steve Hartshorn, head of the Police Federation, reiterated their concerns and urged the government to follow an official review body’s recommendations and increase salaries.

“Something has to give way and unfortunately we will lose a lot of very experienced officers to other industries,” he told journalists.

“I hear many anecdotal stories every day about my colleagues going to food banks and not making ends meet. It’s worrying because police officers, particularly at this level of service, should be happy with their pay and pensions.

“They deserve reasonable pay to reflect their work and the risks they take.”

Speaking at the Police Federation’s annual conference, the Home Secretary urged her to rejoin the official process of reviewing police pay after she backed down when the government rejected her recommendations and imposed a pay freeze last year.

Ms Patel said police officers had a lower retirement age than other officers and would “stand up for their cause” in Whitehall.