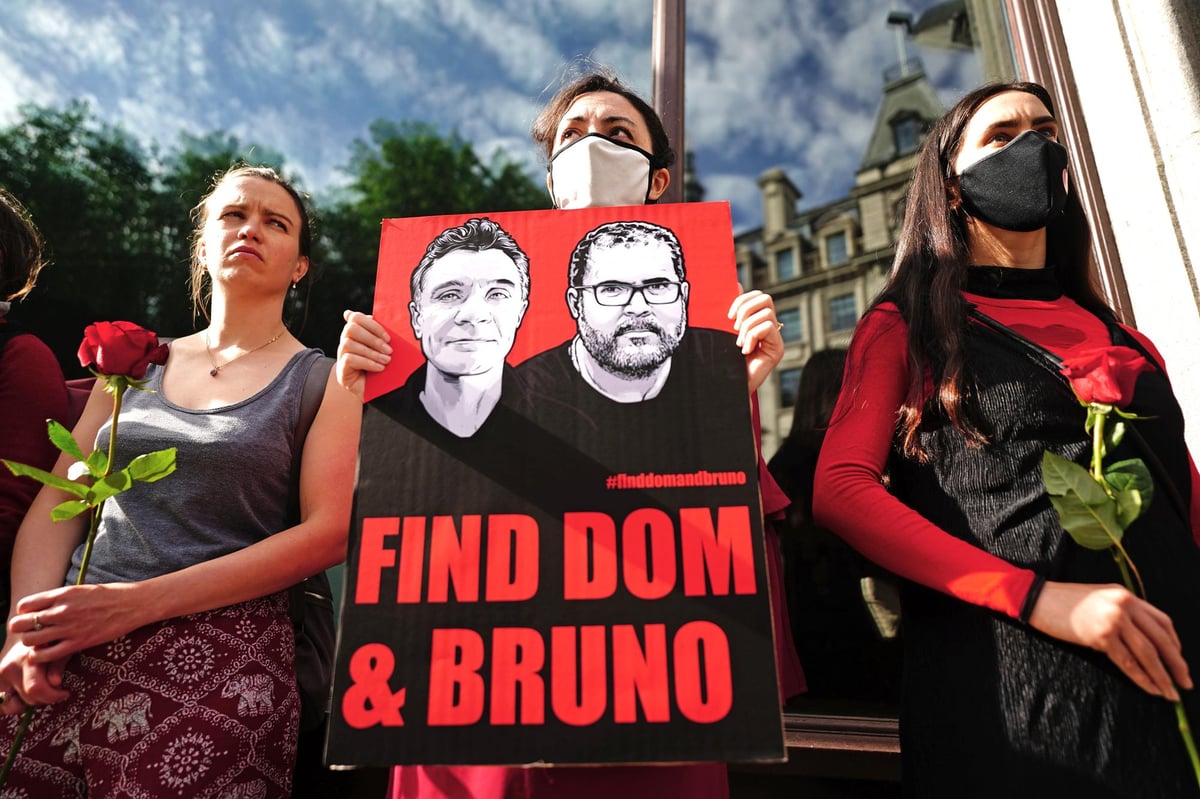 A suspect has confessed to fatally shooting Briton Dom Phillips and his Brazilian companion Bruno Pereira in the Amazon, Brazil’s federal police said.

Detective Eduardo Fontes said the man, Amarildo da Costa de Oliveira, nicknamed Pelado. took investigators to a site where human remains were being excavated and told officers he used a firearm to kill the two men.

Police said at a press conference in the city of Manaus that the main suspect in the case confessed and described in detail what happened to the couple, who went missing on June 5.

“Without the confession, we would have no way of getting to that place quickly,” Mr. Fontes said of the spot where police recovered human remains on Wednesday after being led there by Pelado.

The investigator added that the remains are expected to be identified within days and, if confirmed as missing men, “will be returned to the families of the two.”

“We found the bodies three kilometers (almost two miles) in the forest,” he said, adding that the rescue teams traveled about an hour and forty minutes down the river and another 25 minutes into the forest to reach the burial site .

Pelado’s family had previously said he denied any wrongdoing and claimed police tortured him to try to get a confession.

Another officer, Guilherme Torres of the Amazonas State Police, said the missing men’s boat had not yet been found, but police were aware of the area where it was allegedly hidden by those involved in the crime.

“They put bags of dirt on the boat to make it sink,” he said.

When the federal police announced that they would be holding a press conference, colleagues of Mr Pereira called a vigil outside the headquarters of the Brazilian government’s Indigenous Affairs Agency in Brasilia.

The Indigenous expert was on leave from the agency when he disappeared on June 5 while traveling with Mr Phillips, a British freelance journalist and regular contributor to The Guardian newspaper.