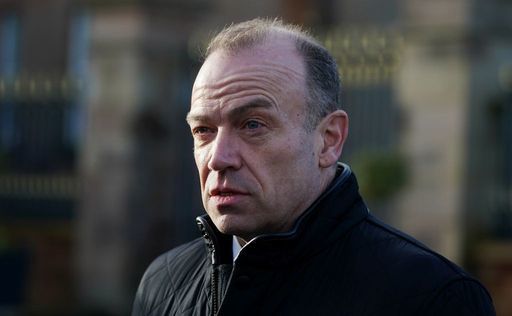 If the Stormont parties fail to agree to form a government in Belfast on Thursday, the UK government will assume the legal duty of snapping at midnight assembly election.

Mr Heaton-Harris has ruled out calling an election this week. He said he needs to review his options and the officials’ powers, which expire on June 5. He said he hopes decentralization will be restored before that date.

Political leaders meet at the UK-Ireland Intergovernmental Conference in Dublin on Thursday, attended by both Chris Heaton-Harris and Tanaiste Micheal Martin.

Before the meeting, Mr. Heaton-Harris comes in The Irish Time wrote about the “difficult decisions” he had made and what it will take if Stormont doesn’t return.

“I’ve had to make tough decisions and set a budget to protect public services and finance, even in the absence of an executive,” he said.

“Unfortunately, if this stalemate continues, I will have to do more for the 2023-2024 budget. I will also keep an eye on the officers’ powers that expire on June 5, but I sincerely hope that we will have an executive in office well before that date.”

He added: “The restoration of decentralized institutions in Northern Ireland is an absolute priority for my government.

“I know the Irish Government shares my desire to see the return of power-sharing as soon as possible and we continue to call on all parties to meet their responsibilities.

“We both also want to see a solution to the problems we are facing over the Protocol through negotiations between the UK Government and the European Commission.

“I am very aware that the conference is taking place on the last day of the executive formation period, which ends at midnight.

“Starting tomorrow, when there is no executive, I will again be legally obliged to hold elections to Parliament NI Assembly in the next 12 weeks.

“I will use the next few weeks that I have available to carefully review all options for further development and continue to speak to all interested parties before making any decisions.

“This is not a situation that none of us want to be in. The people of Northern Ireland deserve to have the votes they cast in May recognized, they deserve to see locally elected decision-makers getting back to work and addressing the issues that matter most to them.”

In a tweet, the Foreign Secretary added: “If no executive is formed today, I am legally bound to hold assembly elections in the next 12 weeks.

“I will use the next few weeks to carefully consider all options as to what happens next and will continue to consult with all interested parties before making any decisions.”