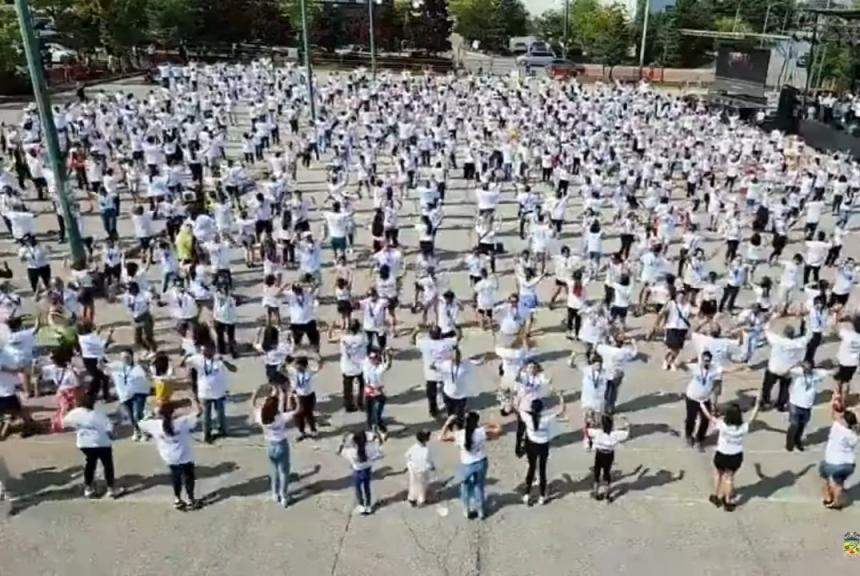 Mississauga’s Portuguese Cultural Center hosted the Guinness World Record attempt for the largest Portuguese folk dance in the Streetsville neighborhood over the weekend.

21 September (News) — A group from Ontario gathered 747 people to perform a Portuguese folk dance and break a Guinness World Record.

The centre, which planned the record attempt for about three years, said the number of participants was counted to 747 people, beating the previous record of 744 people set by the Rendilheiras do Monte Folklore Group Recreational and Cultural Association in Vila had been erected, surpassed do Conde, Portugal.

The cultural center published the call for volunteers in early September and offered dance classes for the participants.