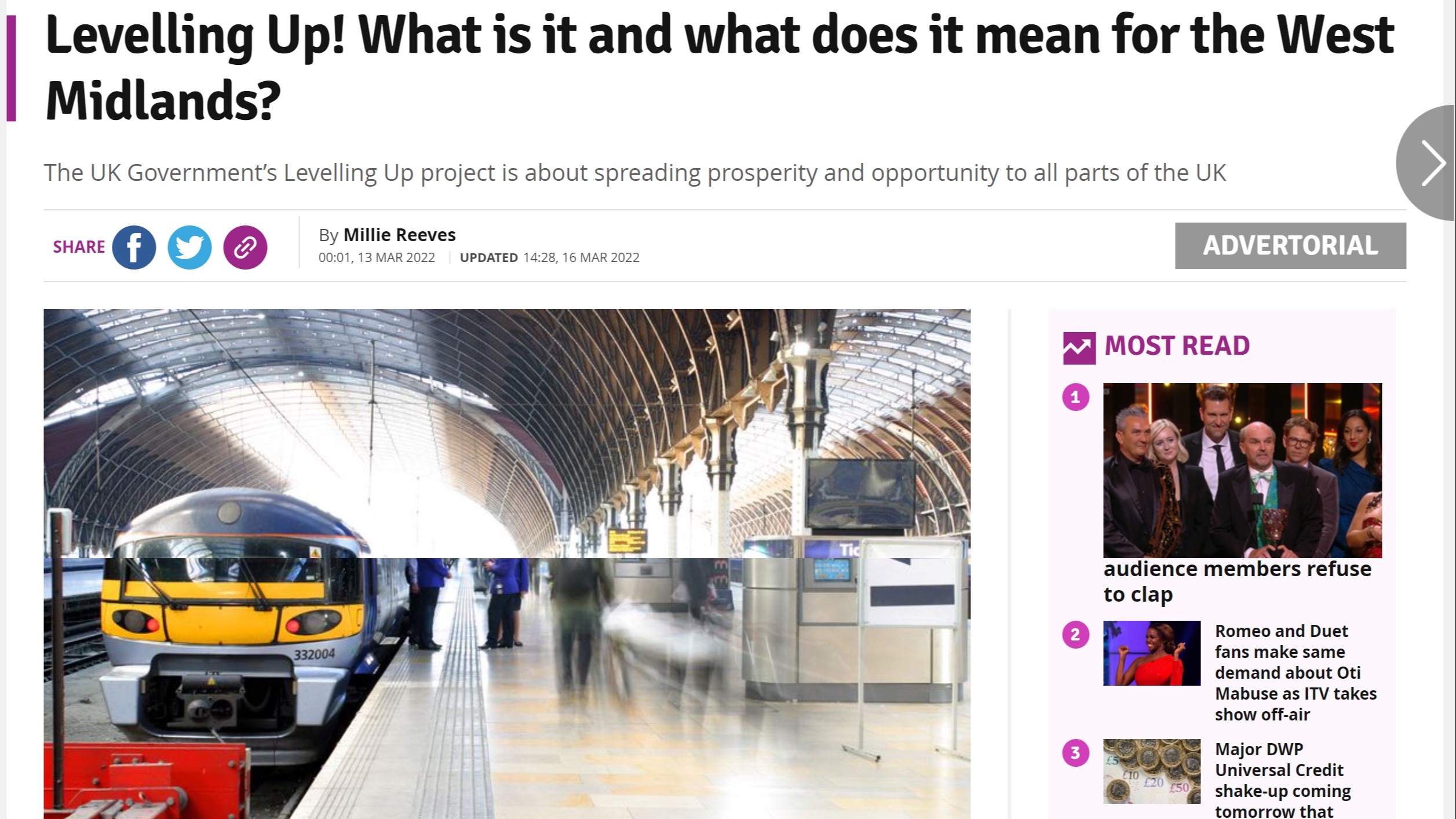 Labor claims spending records published on gov.uk show that the Department for Leveling Up, Housing and Communities (DLUHC) spent £2.15million on a marketing campaign in March 2022 to promote its ‘Levelling Up’ policy . That included £590,000 for ads placed on local news organizations in areas such as Birmingham, Derby and Grimsby and over £1million for so-called ‘out-of-home’ advertising such as billboards and billboards, the party said.

The newspaper ads carried headlines such as: “Levelling Up! What is it and what does it mean for Grimsby?”.

Below the headline was a byline from an ‘Advertising Writer’, while the body contained a gray box with the word ‘Advertorial’ in all caps and an infographic with the UK Government logo.

Labor MP Lisa Nandy and Alex Norris complained to the Advertising Standards Authority (ASA) that the marketing campaign was not obviously recognizable as such.

DLUHC said they believe the advertorial labeling is both visible and conspicuous.

Reach said the “advertorial” label moved down as the reader scrolled through the page, but later confirmed that this technical feature was not in place at the time of the campaign and therefore would not have been seen by ad readers.

High-reach readers would have seen the advertorials through a Facebook or Google ad or the newspaper’s homepage, all routes that were obviously labeled as marketing communications.

However, the ASA found that while the ads were labeled, the statements did not relate to DLUHC and the text did not make it clear that the subsequent article would also be an ad.

The ASA said the “advertorial” label on the home page is small and likely to be overlooked by readers, who also understand the byline to mean the article is a piece of editorial content.

The ASA said: “We therefore concluded that the ads were not overtly identifiable as marketing communications.

“The ads must not appear again in their current form. We have directed the Department for Leveling Up, Housing and Communities and Reach Plc to ensure that all future marketing communications are prominent and clearly identifiable as such.”

A DLUHC spokesman said: “This was a small part of an important public information campaign about Leveling Up.

“The advertorial label was visible and prominent, featured the HMG logo and was in the style of Reach plc for sponsored content.

“However, we accept ASA’s conclusions and will ensure that these are reflected in all future materials.”