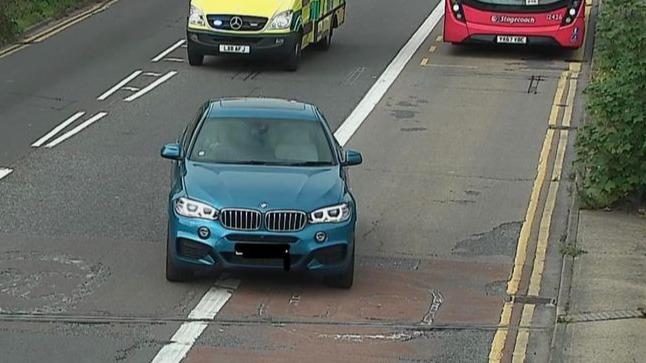 James Sheridan-Vigor was fined after swerving into the bus lane on Whipps Cross Road, Walthamstow.

Waltham Forest Council fined and initially dismissed his appeal before eventually bowing to pressure and annulling it.

“Even after I appealed, they said they issued it correctly and that emergency vehicles had the right to use the bus lane, so I (and two other cars) would ‘rather block their path than help them’ – which I completely understand. said James.

“However, if a bus is at a bus stop and an ambulance cannot magically drive through a bus, it must overtake on the right.

“So what I get from this is that they either made a mistake looking at the evidence. Or we should not help our emergency services and stay out of their way.”

After appealing the fine, Mr Sheridan-Vigor received a letter which said: “Under current legislation, a vehicle is not permitted to drive, park or stop in a bus lane during its operating hours unless the signs are showing indicates that a vehicle may do so.

“A motorist may not break the law when handling an emergency vehicle unless directed by a duty police officer.”

A spokesman for Waltham Forest Council said: “We have investigated this incident and this fine was imposed in error. It has now been revoked. We apologize for the error.”

The council said its policy states that when an emergency vehicle makes a call, e.g. B. Showing flashing lights and using his siren, and a driver pulls aside to make way, he won’t get a ticket – even if it’s in a bus lane.

However, if the ambulance is not on call, drivers can be given a ticket when they pull into a bus lane to let it pass.

Waltham Forest Council fined and initially dismissed his appeal before eventually bowing to pressure and annulling it.