The dangers of mold in your home, from food safety to ‘mold disease’ 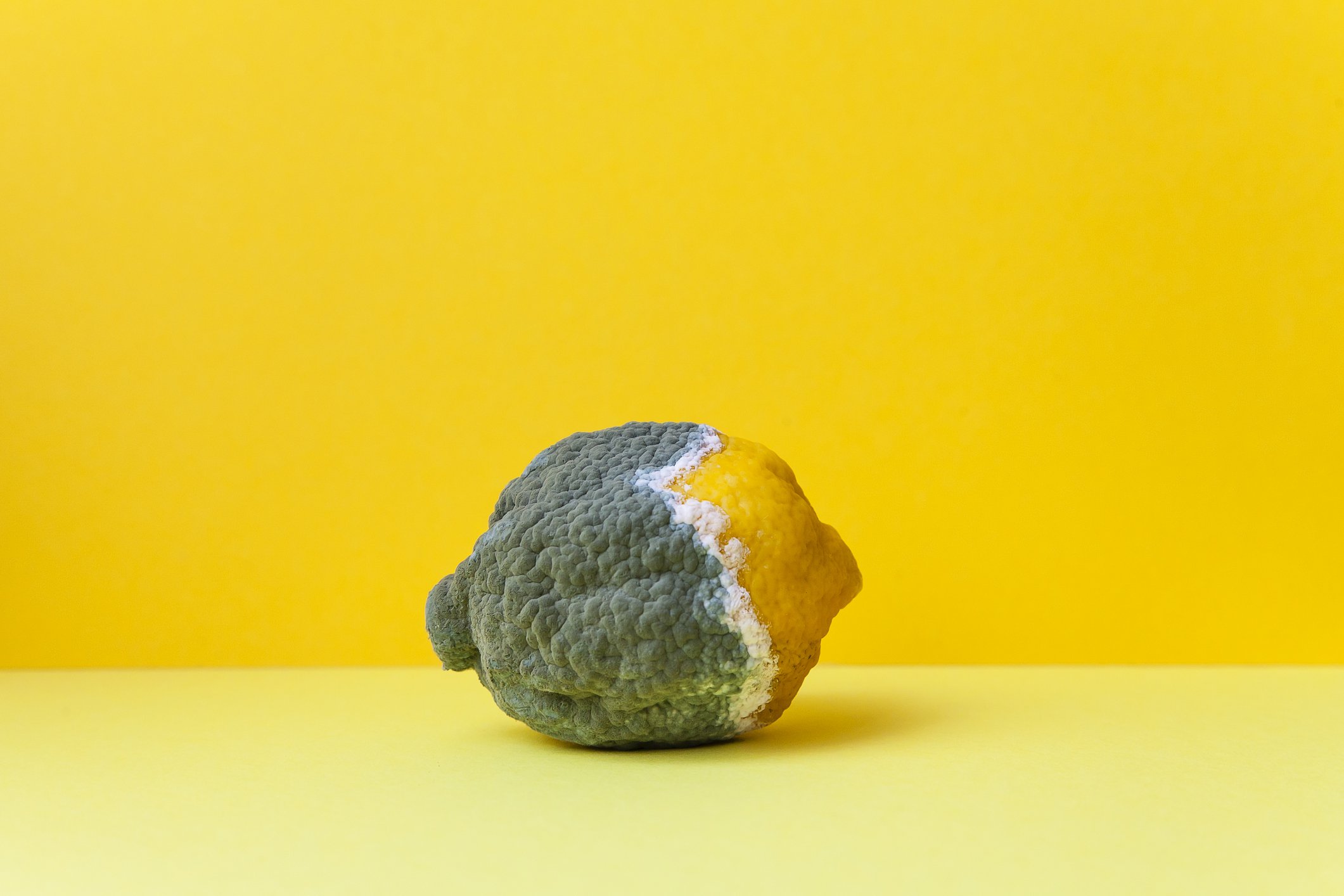 From “mold disease” to breathing problems, mold on walls and food can pose a hazard, especially in wetter homes when we turn down the heat

Mold is a perennial problem in our mild, humid country. According to a recent report, it is plaguing both private and public housing.

In the year to April 2022, the Housing Ombudsman investigated 456 cases of mold and dampness problems in council and social housing, up from 195 in 2021. A total of 42 percent of the Ombudsman’s cases involved serious maladministration – i.e. repeated failures by the landlord to deal with to address the problem – were related to moisture and mould.

Those stats came to light following the horrific death of Rochdale toddler Awaab Ishak, who turned two just eight days before his death in December 2020. His death made national headlines last week when a coroner ruled it should be a “defining moment” for the UK housing sector.

Awaab died of a serious respiratory illness due to prolonged exposure to mold that was present in his family’s home, chief medical examiner Joanne Kearsley said. The dangerous black mold had been present in the family’s kitchen and bathroom before Awaab was born, but his parents had been repeatedly asked by their housing association to simply paint it over. “I’m sure I’m not the only one who was thinking, ‘How can this happen?'” Kearsley told the coroner during the six-day hearing of evidence. “How will a two-year-old child die from mold in their home in the UK in 2020?”

Around 450,000 homes in England are believed to have problems with condensation and mould. And a 2021 report by the National Housing Federation concluded that one in five children in England lives in homes that are unsuitable for a variety of reasons, including health risks.

If the mold problem in the UK is so widespread – and potentially deadly – how concerned should we be? Many of us are now looking at our own surroundings and wondering if our exposure to mold — from mold in the shower to blue fuzz on food — might have hidden effects on our health.

“Mold is all around us, an ancient life form of fungus that needs water and carbohydrates to grow,” explains consultant clinical microbiologist Dr. Christine Peters from Glasgow. “[Moulds] spread through the air by dispersing millions of spores that are invisible to the naked eye and can travel great distances through air currents or through ventilation systems.”

When mold spores land in places with the right conditions—moisture, warmth, and a source of nutrients—they take root and grow. This can be a piece of bread or cheese, for example, but also a damp wall or a window frame.

“Unlike plants, molds don’t need UV light to grow, so they can thrive in dark, humid, hidden places,” says Dr. peters “Anywhere there is excessive moisture with condensation or leaks, like winter window frames or poor plumbing, that’s an opportunity for mold.”

There are 50 to 60 common mold species in the UK, each behaving slightly differently and posing different levels of risk to humans. Most are harmless to most people, but some are considered toxic.

Black mold is a common household problem, most commonly found in damp places like bathrooms, kitchens, or anywhere clothes might dry. As the name suggests, it can be recognized by its dark color and circular spots.

Unfortunately, the UK climate makes us particularly susceptible to black mold in our homes and buildings due to the high levels of humidity in the air, particularly during the cooler and wetter months, says Dr. Apelles Econs, Medical Director of the Burghwood Clinic in Surrey.

“The effect humidity has on airborne particles and spores is that it keeps them airborne, the atmosphere thickens, and they stay around us,” says Dr. Econs. “Whereas in other countries the spores tend to accumulate and be outside of our breathing space.”

People who suffer from mold infestations often find their symptoms improve within a few days when they visit a warmer, drier country, he says. “Humidity is higher behind double-glazed windows and in centrally heated houses than outside in the fresh air,” he says. “And mold has a nasty habit of hiding behind wallpaper and plaster, especially after floods.”

Black mold is considered harmful in high amounts and can cause a number of health problems with prolonged exposure.

The most widespread effect of black mold affects respiratory health, as in the case of Awaab. This connection has been known for a long time, says Dr. Peters, noting that in 2009 the World Health Organization (WHO) published guidance on mold in buildings and the need to monitor and control its growth to reduce the risk of asthma and other respiratory problems.

In the guidance, the WHO notes that the health effects of mold exposure can include coughing, wheezing, the development or worsening of asthma, bronchitis, and more. Those with existing respiratory conditions are believed to be particularly affected, with babies and young children also at higher risk due to their smaller airways.

Usually, these conditions can be treated or treated once the mold has been removed or the person removed from their environment.

Though less well-established than the link to respiratory problems, there’s also thought to be a possible link between exposure to black mold and long-term terminal illnesses like Chronic Fatigue Syndrome (CFS), according to a 2013 study published in the journal . toxinsfound high levels of mycotoxins, which are naturally produced by certain types of mold, in the urine of people with CFS.

But this link has been difficult for experts to prove definitively, says Dr. Econs because many continue to believe that CFS and related conditions are psychosomatic and not caused by our environment, and because the link cannot always be demonstrated with a simple allergy test.

The terms ‘sick building syndrome’ or ‘mold disease’ have sometimes been used as a catch-all to describe symptoms such as fatigue, headaches, nausea and body aches that occur after exposure to mold (the NHS says the sick building syndrome syndrome can also occur). due to poor ventilation or dust, smoke and fibers in the air).

However, the effects of mold can particularly affect people who already suffer from other allergies and intolerances. The US Centers for Disease Control reports that “mold can trigger asthma symptoms in people with known allergies” and “studies show that exposure to mold can aggravate pre-existing asthma.” But also that even allergy sufferers can be irritated by mold.

“Often I treat people with unexplained symptoms that aren’t entirely mold-explainable, but mold is usually a cofactor in a person’s immune system, alongside things like chemical sensitivity to hairsprays, perfumes, etc., or things like food sensitivities,” says Dr. Econs.

“That [most common] Symptoms include loss of energy, fatigue, breathing problems, skin disorders, upper respiratory disorders, and sometimes sinus problems. And any form of chronic fatigue must raise the question of whether there is an element of mold in it.”