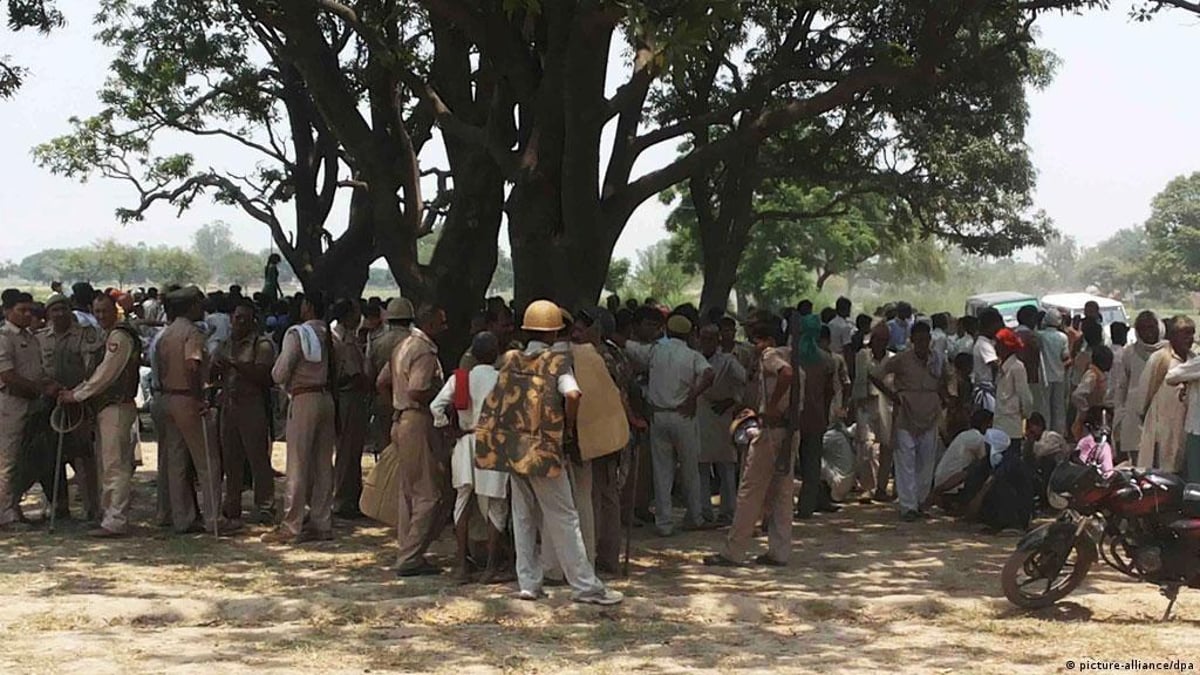 Two teenage sisters have been found hanged from a tree in a suspected case of rape and murder in the Indian state of Uttar Pradesh.

Police said the bodies were found in Lakhimpur district on Wednesday afternoon. They have launched an investigation after the family claimed the girls had been kidnapped and raped.

Six men were arrested for rape and murder.

The girls, both under 18, belonged to the Dalit caste at the bottom of a deeply discriminatory Hindu hierarchy.

Despite constitutional protections, the community regularly faces prejudice and violence – a 2020 case involving the gang rape and murder of a 19-year-old Dalit woman in Hathras district of Uttar Pradesh sparked a public outcry and highlighted the vulnerability of Dalit women.

Police said the girls knew the accused, but the family denied this, saying they had been kidnapped.

Local media reported that the girls’ mother said the couple had been kidnapped by men on motorcycles. She says she was attacked trying to stop them.

The family said they searched for the girls and finally found them hanging from a tree.

District Police Chief Sanjeev Suman said the girls were taken to a sugar cane field where they were raped and strangled to death.