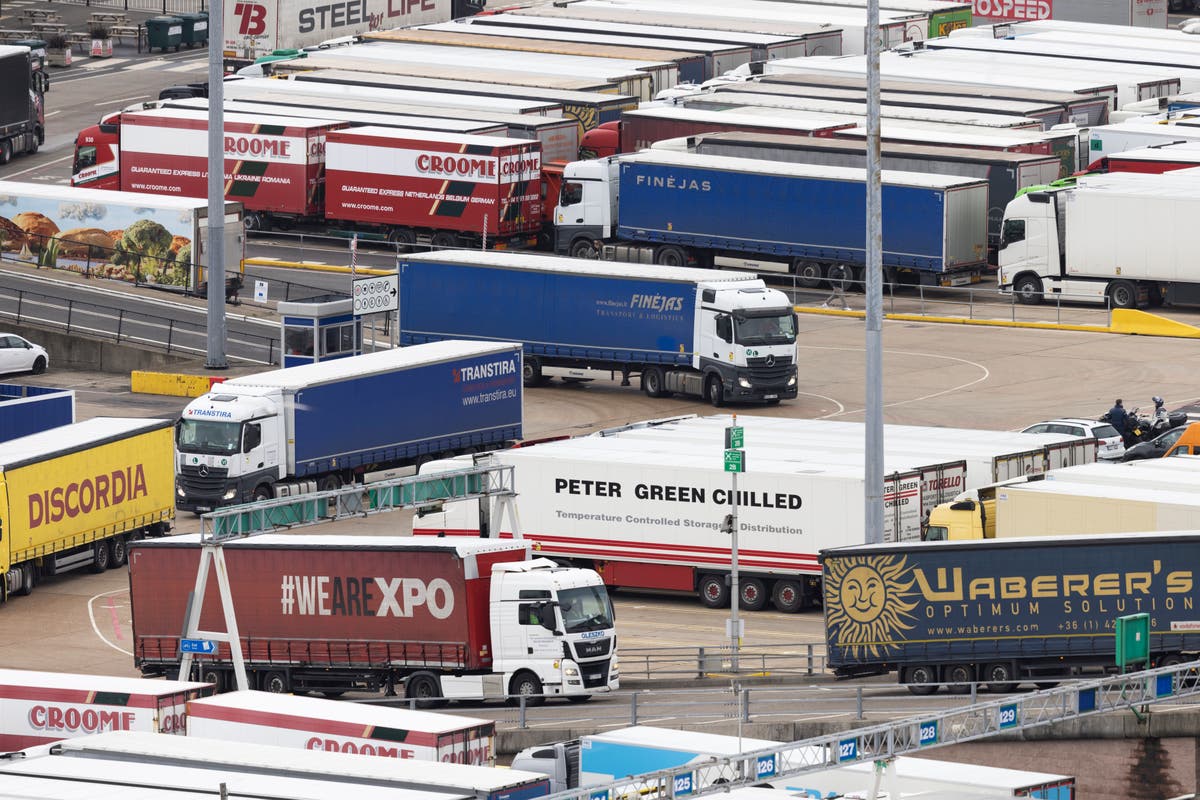 Brexit has forced British companies to impose tariffs on exports to the EU worth up to € 9.5 billion.

More than one in eight traders say they have lost business since it went into effect in January – some report that their exports have completely disappeared, a TV documentary shows.

More than a quarter of small businesses say they are now considering moving some of their European operations out of the UK, while 16 percent have already done so, according to Channel 4 shipping Program will report.

The revelations come after the Treasury Department’s watchdog, the Office for Budget Responsibility, warned that the Brexit trade deal will cut GDP by 4 percent and steal £ 80 billion a year from the UK economy.

Ministers also had to admit that the exit from the EU was a major cause of the autumn food and fuel shortages that put Christmas deliveries at risk.

Last Christmas, Mr Johnson said his deal would “allow UK goods and components to be sold in the EU market without tariffs and without quotas” and that “we will trade as much as ever, if not more”.

However, businesses are affected by complex rules of origin that trigger tariffs when exporters cannot prove that most of the components of the goods come from the UK or the EU.

Labor shadow trade secretary Emily Thornberry said: “The government can no longer bury its head in the sand and ignore the impact of its botched Brexit deal on UK business.”

shipping will reveal a new analysis from the UK Trade Policy Observatory at the University of Sussex that shows:

* A quarter of all goods exports covered by the trade agreement paid tariffs in the first seven months – on a trade value of £ 7.1 billion to £ 9.5 billion.

The program will include Bristol-based online retailer British Corner Shop, which exported 6,000 supermarket products to customers in the EU, accounting for almost 50 percent of its business.

The post-Brexit bureaucracy forced them to stop selling two-thirds of these products – because, as a third-party supplier, they are unable to trace the origin of, for example, the milk in a package of cheese and onion chips.

After losing a quarter of a million pounds in just three months, the British Corner Shop is moving its entire European operations to the EU, cutting 60 UK jobs and taxes paid.

Mark Callaghan, its general manager, said shipping: “I estimate that next year we will employ 100-150 people from the EU. We have moved jobs to the EU.

“It’s a shame we can’t do this business from here. That was never part of our plans. But as an entrepreneurial company we will find a solution and that is the only solution that was available to us. “

But a government spokesman told the program, “The zero-rate, zero-quota deal we signed with the EU means we can now regulate in a way that suits the UK economy and businesses.”