Tammy Daybell’s Cause of Death: How Did She Die? 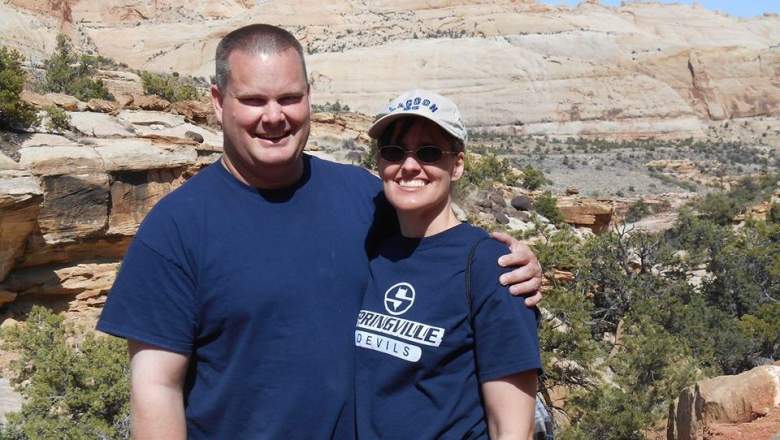 Tammy Daybell’s cause of death was initially determined to be natural due to a cardiac event. Daybell died in October 2019. However, the case was reopened in December 2019 and an autopsy yielded new information. Her husband Chad Daybell is now facing murder charges. Chad Daybell married Lori Vallow five weeks after his wife’s death.

The killing spree is the subject of a new Netflix docuseries, The Sins of Our Mother. The limited series documentary was released on Wednesday September 14, 2022.

Tammy Daybell died on October 19, 2019 at the age of 49. Her son, Garth Daybell, said he was in his room down the hall when he heard a bang, according to CBS News.

“My room was down the hall. And I heard a thump and I heard my dad yell, ‘Garth, Garth, come quick,’ with the most panic I’ve ever heard in his voice,” Garth Daybell told CBS.

He told CBS his mother was already dead, and they called 911.

“My dad was just pacing,” Garth Daybell told CBS. “Just to say, ‘Why? How could that happen?’ Pointing to pictures on the wall: “She can’t be dead. How could that be? What do we do?'”

The children said authorities believe she suffocated, according to CBS. Some details of her cause of death, including her full autopsy report, have not been released publicly as Chad Daybell awaits the lead, according to Fox 10 Phoenix. However, her October 2019 death certificate lists a cardiac event as the immediate cause of death. Fremont County Coroner Brenda Dye listed pulmonary edema as the cause of death, the news channel reported

Her body was exhumed for further examination on December 12, 2019.

Initial reports of Tammy Daybell’s death were that she had died in her sleep, according to East Idaho News.

The news outlet spoke to some who attended her funeral and said they noticed some strange things. The service seemed rushed, they said, especially since her death was unexpected. She was “healthy, worked as a librarian at Central Elementary School in Sugar City, and was actively involved in the church.” There was no coffin at her service, the source said. Daybell married Lori Vallow just five weeks later, the news outlet reported.

Nine days after Tammy Daybell’s death, Chad Daybell wrote an essay entitled “Departing the Second Half of My Life.” Read the essay here.