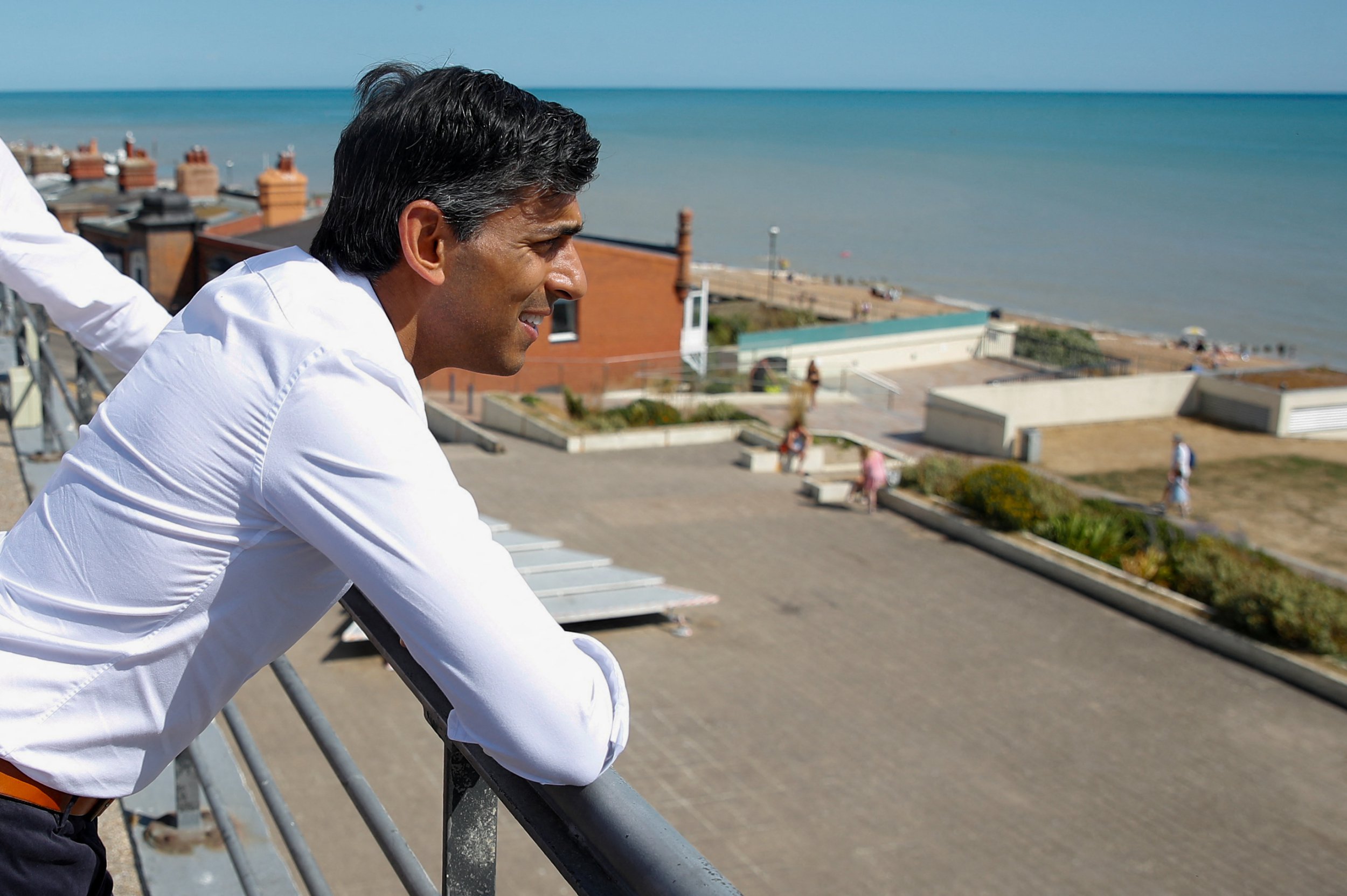 The former Chancellor’s comments divided Tory MPs, with some accusing him of backtracking on his party’s pledge to level contested lands in northern England

The former Chancellor told Tory members in Tunbridge Wells, Kent, that he had changed the formulas to ensure cities “get the funding they deserve”. New statesman uncovered.

Rishi Sunak’s allies dismissed claims he had betrayed “leveling” promises as “nonsense” after video surfaced of him saying he was diverting funds from “disadvantaged urban areas” into cities.

His comments divided Tory MPs, with some accusing him of backtracking on his party’s pledge to level contested lands in northern England.

However, supporters of Mr Sunak said this was intentionally taken out of context, arguing that it is often rural towns that need the additional funding and that this is a key principle of alignment.

In the video, Mr Sunak said: “I managed to change the funding formulas to ensure areas like this get the funding they deserve because we inherited a set of formulas from Labour, which penalized all funding in urban areas have pushed and so had to be reversed. I started working to undo that.”

Jake Berry, a supporter of Liz Truss, chairman of Tory MPs’ Northern Research Group, said Mr Sunak “claims he wants to upgrade the North, but here he boasts that he is trying to divert important investment away from deprived areas”.

But Sunak ally Kevin Hollinrake, MP for Thirsk and Malton, said to me: “The keyword is ‘everything’. It’s deliberately taken out of context.

“What he was obviously saying was that some left behind areas (places like Teesside) got little or no money and big cities got the lion’s share. He has made it fairer to all disadvantaged areas than to a few.”

Rob Halfon, MP for Harlow, told me the allegations were “nonsense” and “a confided argument by people who don’t want him to be Prime Minister”.

“What he was talking about was making the funding formula fairer so that he could go to the cities, because it would go mostly to urban areas,” he said.

“What he was saying, as I understand it, was that money is going into the cities. That’s the whole argument of the Leveling Up – that the money went to the big cities and not to the towns and poor rural areas. For years, towns like Harlow, which is a deprived area, were left behind because all the money went into the towns.”

A spokesperson for the Sunak campaign said that leveling isn’t “just about city centers.”

“He changed that in the Green Book and he will see it through as Prime Minister,” they said. “In his travels across the country, he has seen areas outside of the metropolitan areas that need better bus connections, faster broadband connections in the cities, or quality schools. He will deliver that as Prime Minister.”

His team said Mr Sunak has updated the funding formulas to better reflect needs in different areas and give a broader picture of what deprivation is.

But Shadow Leveling Up secretary Lisa Nandy said public money should be “allocated fairly and spent where it is most needed – not as bribes to Tory members”.