Student loan forgiveness will be ‘easy,’ WH says as it releases sample application 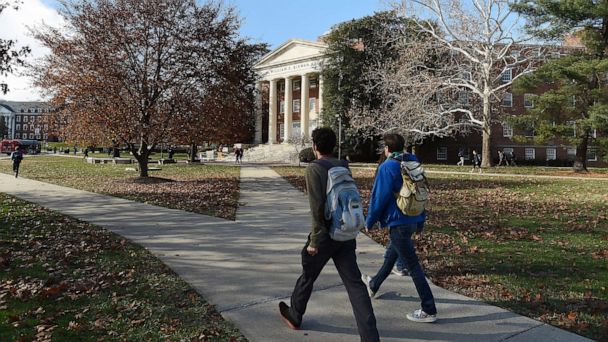 Officials in the Biden administration on Tuesday previewed the much-anticipated application process for the Department of Education’s student loan forgiveness, which they said would be “simple,” “straightforward,” and fraud-proof.

But officials did not signal when the loan cancellation applications would be available online, other than saying it would be sometime in October. That’s a delay from an earlier schedule that the forms would be released in early October.

In a White House-arranged call with reporters, senior administration officials said they expect it will be “a matter of weeks” before anyone applies for a loan forgiveness.

Still, officials reiterated that eligible borrowers should apply by mid-November to ensure their loan amounts are canceled before repayments resume on Jan. 1, 2023 after a nearly three-year hiatus during the COVID-19 pandemic.

“We hope and expect to provide millions of Americans with student debt relief before loan repayments resume,” an official said on the call.

The government has urged people to check their contact information online to ensure they receive timely updates when the application is ready.

The program, announced by President Joe Biden in August, is expected to affect 43 million Americans — and 20 million could be fully forgiven, the White House estimates.

The debt relief, which is also being challenged in court, is expected to cost around $400 billion, the Congressional Budget Office said, though the government disputes that estimate.

On Tuesday, administration officials said that once the application is approved, eligible borrowers will fill out a “simple” two-part form that will be available in both English and Spanish via computers and mobile devices and accessible to borrowers with disabilities. The White House also released a sample version of this form.

Borrowers are not required to sign up with a pre-existing auxiliary ID or upload documents to the link, officials said. They must provide their first and last name, social security number, date of birth, phone number, email address, and income based on their 2020 or 2021 taxes.

At the bottom of the form, borrowers are required to review and sign a confirmation statement under penalty of perjury, which administrators pointed out was part of their defense against fraud.

“This is a multi-step fraud prevention process,” said an administration official, adding that “all borrowers who apply must testify, under penalty of perjury, which can be enforced with hefty fines and jail time, that they comply with the income limit.

Officials said “strict fraud prevention measures” were in place for the loan forgiveness, but declined to give full details.

A borrower is not required to declare whether or not they received a Pell grant, officials said. The DOE already has the borrowers’ loan information.

According to the White House, applicants who have a federal loan and are likely to “overcome” the income limit must submit additional information to confirm they meet the income requirements. The government will reach out directly to borrowers in cases where they need more information.

Officials told reporters that steps have been taken to ensure the government can meet the volume of expected demand for the loan forgiveness.

“We have worked very hard with our existing contractors to ensure they have the capacity to serve the public,” an official said. “We also introduced additional support for web traffic and web volume. So we recognize how big this project is that we are working on and how important it is to 40 million borrowers and their families and communities and how much excitement there is going to be.”

When asked about the recent decision to scale back some parts of the loan cancellation program — particularly related to Perkins loans and Federal Family Education Loan (FFEL), which are handled by private banks — an administration official on the call didn’t deny the change was made was made to protect the entire policy from pending lawsuits.

“Our guiding principle in doing this is that we try to reach as many borrowers as possible, and do it as quickly and easily as possible,” the official said.

The official said the government is exploring other options for borrowers of Perkins loans and FFELs.

The loan forgiveness application will be available by December 2023.