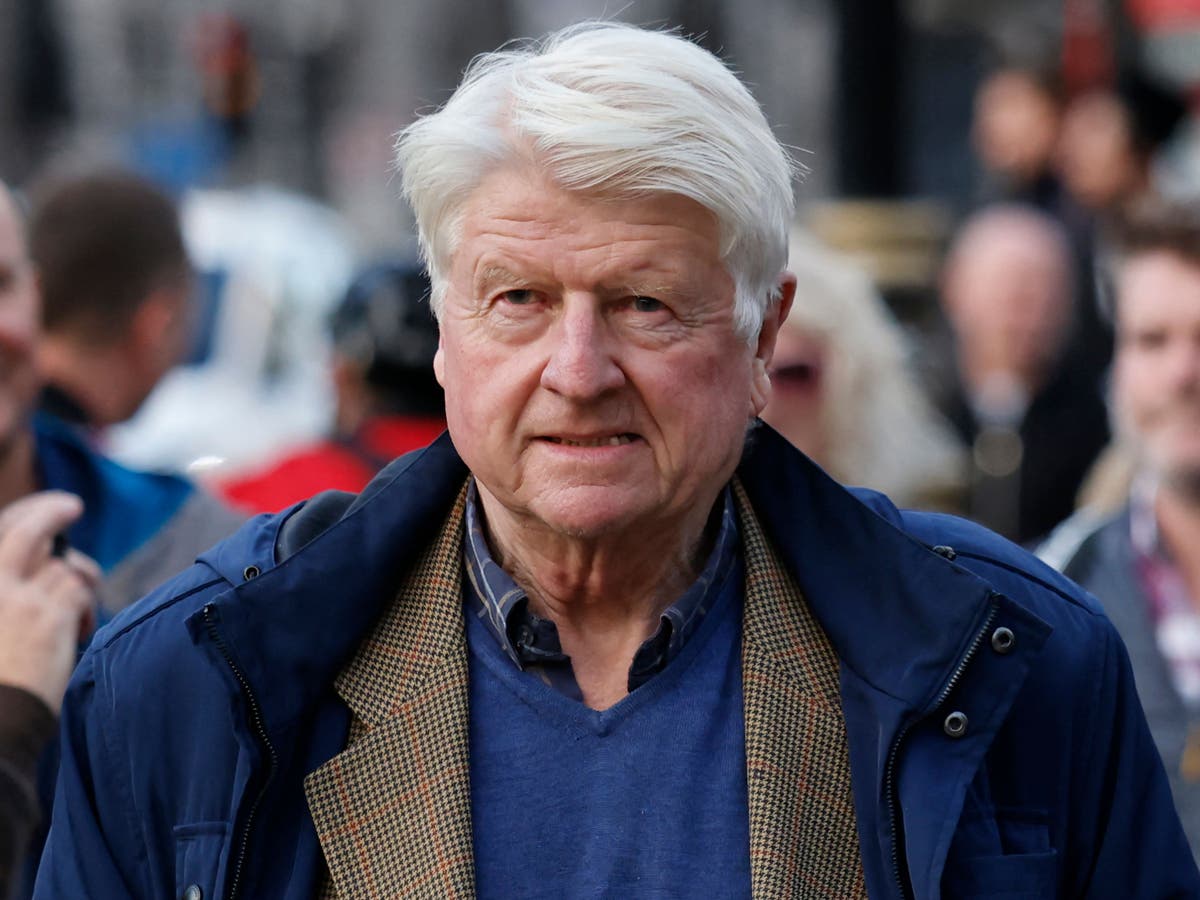 Ms. Nokes, chair of the parliamentary committee for women and equality, said the 81-year-old hit her “butt as hard as possible” during a party conference in 2003.

The elderly Mr Johnson declined to comment on her allegation, other than saying he has “no memory at all of Caroline Nokes”.

Alibhe Rea, political correspondent for the New Statesman, later said that Mr. Johnson “touched” her at a party during the 2019 Tory conference.

She shared the Sky News story of Ms. Nokes’ allegations on Twitter and said she was “grateful” to the MP for shouting “something none of us should put up with, not least from the Prime Minister’s father”.

Ms Nokes told the broadcaster the alleged incident took place at the Tory party conference in Blackpool while she was a potential candidate for the Romsey and Southampton North seat – which she won later in 2010.

“I remember having a really prominent man – the Conservative candidate for Teignbridge in Devon at the time – slapped my bum as hard as he could and said, ‘Oh Romsey, you have a nice seat,'” she said called.

When asked who it was, she said, “Stanley Johnson did this to me before the ’05 election.”

Ms. Nokes added: “I haven’t done anything and I’m ashamed of it … now I would probably do it.”

Mr Johnson was contacted about the two women’s allegations but did not respond immediately.

He told Sky News: “I don’t remember Caroline Nokes at all – but let’s go. And no answer … Hey ho, good luck and thanks. “

Ms. Nokes made the allegation during a bipartisan discussion with other women MPs on how to address violence against women.

Ms. Phillips von Labor, shadow minister for domestic violence and protection, said she was attacked once at a party by a former boss.

Dr. Rosena Allin-Khan, the shadow minister for mental health, said she was harassed as an assistant doctor by a senior medical officer.

Meanwhile, Tory MP Fay Jones told Sky News that she was flashed by a man as a teenager, and colleague Ms. Nokes said she was also groped by a group of men when she was 11.

When asked about the allegations against Mr Johnson on Tuesday, Home Secretary Damian Hinds said: “Like you, I heard about these allegations this morning or overnight.

“I can say that when it comes to the safety of women and girls and freedom from harassment, wherever they are at home, at work, on the street and on the internet, this is an absolute top priority for the government.”

He told Times Radio, “But I am not joining any link between this and this point because we do not know, but of course if an investigation is due it will.”