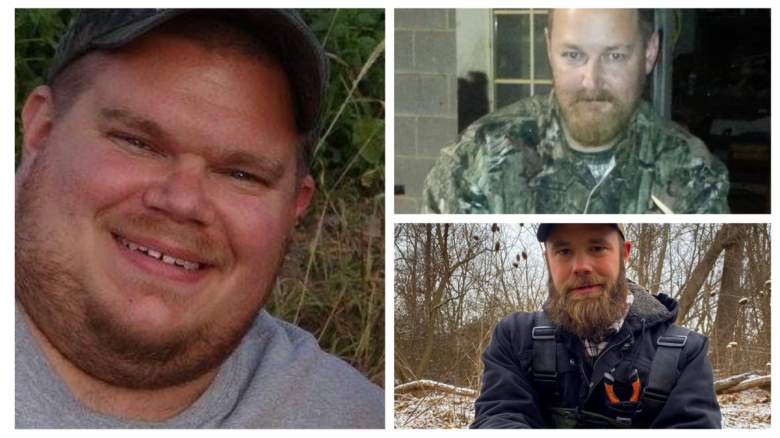 These are the victims of the Smithsburg mass shooting in Maryland.

The victims were named by the Washington County Sheriff’s Department as follows: Mark Alan Frey, 50; Charles Edward Minnick Jr., 31; and Joshua Robert Wallace, 30. Brandon Chase Michael, 42, was wounded but survived. The shooter has not been identified.

You can see photos and tributes for each deceased victim later in this story.

“Smithsburg Police Department officers were the first to arrive at the scene and found an injured victim outside of the store. When law enforcement arrived at the scene, three other victims, all deceased, were in the store.”

The suspect had fled, but his vehicle was later found in the Mapleville Road and Mount Aetna Road area. “The suspect and the soldiers exchanged shots and the suspect and a soldier were injured. Both survived and were transported for medical treatment. At this time, the sheriff’s office can confirm that all of the victims and the suspect were current employees of Columbia Machine, Inc..”

All victims were white males. “The suspect remains in law enforcement custody at Meritus Medical Center and has been identified as a 23-year-old Hispanic male residing in West Virginia. His identity will not be released until the charges are filed,” the sheriff’s department wrote. “The weapon used in both scenes was a semi-automatic handgun. The exact caliber, make and model are also not being released at this time.”

The motive is under further investigation. The injured officer, whose name was not released, was treated at a local medical center and released.

Here’s what you need to know about each victim.

Frey’s Facebook page says he has worked at Columbia Machine, Inc. since 2019 and attended Smithsburg Senior High School. He was married.

“RIP Mark Frey! You were such a good guy!” a friend wrote. Another friend wrote in this comment thread: “I’m in shock! Such a wonderful man. I couldn’t imagine his wife Angie.”

Taylor Toms wrote on Facebook: “I am so sorry to say that Joshua Wallace was one of those killed in today’s shooting. My heart is completely shaken. I lost the love of my life today. I love you so much baby I hate this. Our future is gone, you’re gone, I can’t believe you’re gone. God I love you so much.”

Friends shared photos of him hunting and fishing. One wrote: “As hard as it is to let everyone know that today we lost a member, Joshua Wallace… not only a great friend but a wonderful family member. You will be missed mate we had many camping fishing and hunting trips planned fly up bro I know you will hunt in the sky shoot us a monster while you up there see you soon 🖤😓🙏 🏼”

According to his Facebook page, Charles Edward Minnick Jr. was married. He was from Wolfsville, Maryland, and attended Middleton High.

He went by the name CJ. “CJ was one of the good guys,” a friend wrote on his mom’s Facebook page.