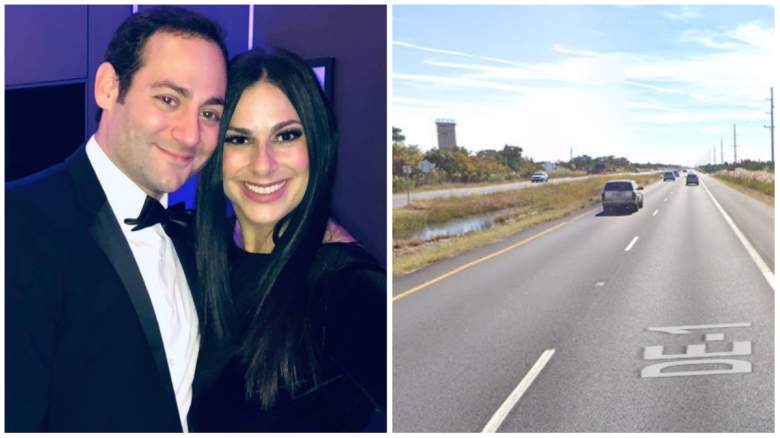 Sidney Wolf was a Maryland man who was a former advisor to then-New York Governor Andrew Cuomo. He was struck by a car and killed when a Lyft driver ordered Wolf and his friends out of the vehicle, police say.

Police wrote: “The Delaware State Police Troop 7 Collision Reconstruction Unit is continuing to investigate this collision. Troopers are asking anyone who witnessed this collision to please contact Master Corporal Argo at 302-703-3264. Information may also be provided by contacting Delaware Crime Stoppers at 1-800-TIP-3333.”

Wolf was also known by the name Sid Wolf.

In a previous press release, the Delaware State Police wrote that they were “investigating a fatal pedestrian accident that occurred on the Southbound Coastal Highway (Route 1) south of Anchor Way, Dewey Beach, DE early Sunday morning.”

On July 24, 2022, at approximately 1:44 am, “the victim and five of his friends hired a ‘Lyft’ driver to pick them up in Dewey Beach and return them to their Bethany Beach residence. As the group all drove south on the Coastal Highway in the same vehicle, a disagreement arose between the group and the Lyft operator.”

The press release adds, “The Lyft operator terminated the ride and pulled up in the middle of the southbound left lane and ordered all six passengers to exit the vehicle.”

According to the police press release, “At that time, a 2016 Toyota Corolla being driven by a 27-year-old man was traveling south on Coastal Highway in the left lane and approached the stopped Lyft vehicle (possibly a white Honda Pilot). ).”

When the operator “changed lanes to avoid hitting the rear of the Lyft vehicle, he missed the pedestrian who had just left the right rear passenger seat and was standing on the roadway,” it said.

“As a result, the left front of Corolla hit the pedestrian. Upon impact, the Corolla immediately stopped on its shoulder, heading south, and came to a controlled stop. The Lyft vehicle fled south on the Coastal Highway immediately after the accident.”

Wolf was pronounced dead at the scene. The other Lyft passengers were not injured. According to the Cape Gazette, the Lyft driver was located and is cooperating. No charges were brought.

Before that, he was Cuomo’s “assistant director of federal affairs.” In this position he described himself as “Senior Policy Advisor to the Governor”. Advocate for state agencies before Congress and law enforcement agencies. Specialist in intergovernmental affairs.”

He worked as a “registered agent” for Israel Bonds in Rockville, Maryland in 2018-2019. His site said he was “licensed by the Financial Industry Regulatory Authority (FINRA) to sell Israeli government bonds to retail clients, endowments and trusts. $5 million in sales in the first year.”

Wolf also worked as a staff assistant in the US Senate, where he “performed policy analysis, conducted research, and conducted tours for VIPs. Manages administrative tasks. Providing world-class support and customer service to membership groups.”

He was also the campaign manager for Citizens for Sam Page in the St. Louis area. “Managed campaign staff, external consultants and volunteers. Executed projects and marketing/visibility programs in a stressful, deadline-driven environment – ​​increasing visibility for an aspiring politician and securing victory in a hotly contested 28-vote primary and 624-vote general election,” the site reads.

Cuomo explained on Twitter that he was “shocked and saddened to hear this tragic news. Sid was a phenomenal public servant who worked tirelessly for the good of all New Yorkers.”

He added, “My heart goes out to Lindsey and his two young daughters.”

Cheryl Kagan wrote on Facebook: “What a preventable and appalling tragedy!!! It was a pleasure to be with Sid Wolf. As Councilor Sidney Katz’s campaign manager, our paths often crossed. Sending deepest condolences to his beautiful and loving family.”