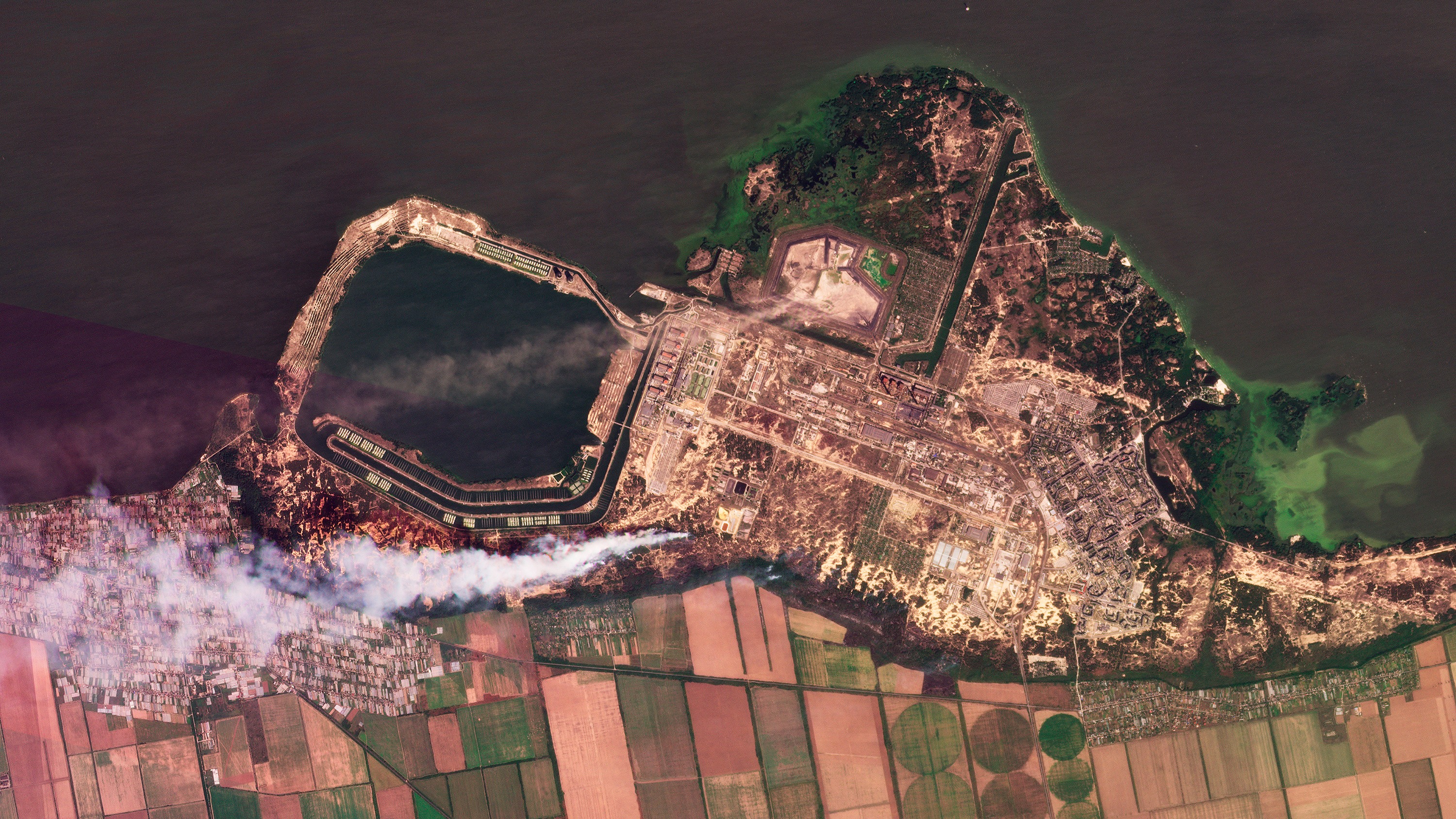 Blaming Russia, Ukraine said it was trying to prevent the plant from partially restarting to provide electricity to millions of Ukrainians who are in the freezing cold without heat, electricity or water.

Fighting in the region has raised the specter of a nuclear catastrophe since Russian troops seized the power station in the early days of the war.

Later in the day, the IAEA said the shelling had stopped and that its experts would assess the situation on Monday.

“There was damage to parts of the site, but no radiation release or power outage,” the agency said.

IAEA Director General Rafael Mariano Grossi described the shelling as “extremely worrying” and called on both sides to establish a nuclear safe zone around the facility as a matter of urgency.

“Whoever is behind this, it has to stop immediately,” he said. “Like I’ve said many times before, you’re playing with fire!”

Russia has bombed Ukraine’s power grid and other infrastructure from the air, causing widespread power outages and leaving millions of Ukrainians without heat, electricity or water while freezing cold and snow blankets the capital Kyiv and other cities.

Ukraine’s state nuclear operator Energoatom said Russian forces were behind the shelling of the Zaporizhia plant and the targeted equipment was in line with the Kremlin’s intention to “damage or destroy as much of Ukraine’s energy infrastructure as possible” when winter sets in .

On Saturday, British Prime Minister Rishi Sunak paid a surprise visit to Ukraine – his first as head of state.

He met Mr Zelenskyy in Kyiv, where he commended his Ukrainian counterpart for handling the crisis and pledged a £50million defense aid package to help his armed forces’ efforts.

Mr Sunak said he was “humbled” to be in Ukraine as he held his first face-to-face meeting with Mr Zelenskyy.

The British Prime Minister laid flowers at a memorial to the war dead and lit a candle at a memorial to victims of the Holodomor famine before meeting with rescue workers at a fire station.

Mr Zelenskyy later thanked Mr Sunak, writing: “With friends like you by our side, we are confident in our victory. Both our nations know what it means to stand for freedom.”