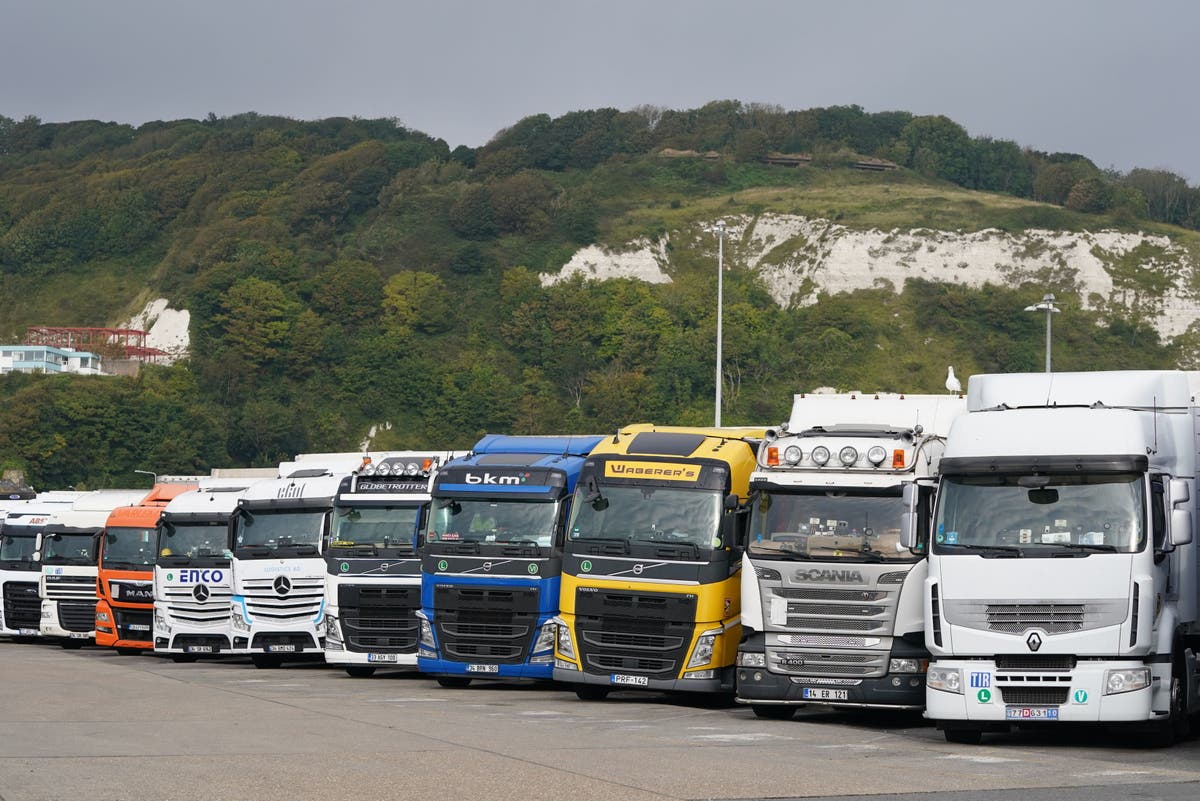 EU truck drivers on UK roads are allowed to pick up and drop off indefinitely as rules are being temporarily relaxed by ministers to ease the supply crisis.

In order to alleviate the crisis – a pan-European problem exacerbated in the UK by Brexit – a consultation on “cabotage” rights for companies will be launched.

Whitehall suggests extending them to strengthen supply chains and prevent stores from running out of goods or prices rising.

Cabotage rules regulate the transport of goods or people within one country by a transport company from another country.

Currently, EU freight forwarders can only make up to two journeys between two locations in the UK in a week.

The measures would enable foreign operators to collect and drop off goods an unlimited number of times within two weeks before they return to their country of origin.

If approved after the week-long consultation, the proposals would enter into force before the end of the year and would last six months.

Mr Shapps said: “The long term answer to the supply chain problems we are currently facing has to be to develop a highly skilled, high wage economy here in the UK.

“In addition to a number of other measures to support the trucking industry, we’ve streamlined the testing process and announced thousands of skills bootcamps to train new drivers.

“These new measures are taking effect – we are seeing up to three times more applications for truck driving licenses than usual, as well as a deserved increase in salaries.

“The temporary changes we are discussing the cabotage rules on will also ensure that overseas freight forwarders in the UK are able to use their time effectively and move more goods up the supply chain during times of high demand.”

The government said the cabotage changes would apply to all types of goods but were “particularly beneficial” to food supply chains and imports arriving from ports.

Retailers have voiced their fears that persistent supply chain problems will result in higher prices and empty shelves into December.

A cargo jam in Felixstowe has led Maersk to choose to divert ships out of the port of Suffolk, while similar traffic jams have been observed in other parts of the world, including the United States.