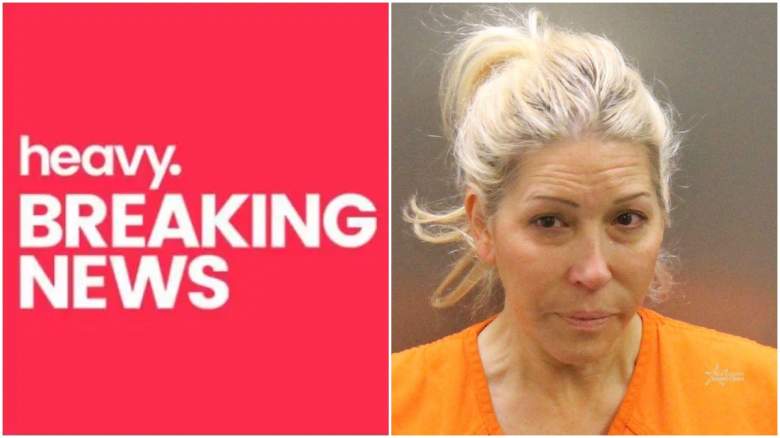 Shannon O’Connor is a Californian mother accused of having drunk sex parties with teenagers aged 13 and up at her home. According to a statement from the Santa Clara County District Attorney’s Office, O’Connor said that O’Connor watched the teenagers engage in sexual activity and even encouraged them to engage in non-consensual sex.

O’Connor, who also uses the surname Bruga, faces dozens of charges, including child endangerment, child abuse, sexual assault, and the distribution of alcohol to minors.

O’Connor is the mother of a teenage son. According to facts released by the Santa Clara County District Attorney’s Office, O’Connor’s son turned 15 in October 2020. He was a freshman at Los Gatos High School and was on the soccer team, the Mercury News reported. A parent of one of the girls involved told the newspaper that the teenagers invited to the parties were friends with O’Connor’s son.

Investigators say O’Connor encouraged the young teens to have sex after providing them with alcohol and continued to insist even when the teens refused. The young people involved also described situations that, according to the presentation of the facts, were not consensual.

At a party, a 14-year-old girl said she was not feeling well and went to a bedroom to lie down. Prosecutors said O’Connor took one of the teenagers into the bedroom. Investigators said the boy “digitally entered the girl” while she was crying and that she was too drunk to resist. She told investigators that she later asked O’Connor, “Why did you leave me with him? You knew what he was going to do to me. ”She said O’Connor laughed at her.

According to prosecutors, O’Connor pressured at least one girl to “do sex things” with O’Connor’s son. O’Connor is also charged with encouraging girls to go into bedrooms where an underage boy was waiting. If the girls refused, prosecutors said O’Connor would “take them aside for a private conversation” until they agreed.

Prosecutors said O’Connor supplied the minors with all of the alcohol to drink and she was always the only adult present at the parties. According to prosecutors, the teens often drank alcohol until they vomited or passed out, but O’Connor never called for help.

At a party, according to investigators, O’Connor instructed a 13-year-old girl to take care of a boy who was very drunk and covered in his own vomit.

In addition to binge drinking among minors, in which young people fell ill, and the alleged sexual assault, there were other injuries and dangerous situations, according to the investigators. In December 2020, prosecutors said O’Connor drove her son and two of his friends in their vehicle while they were drinking alcohol.

She reportedly drove to Los Gatos High School, where she allowed one of the boys to get behind the wheel and drive around the parking lot. Prosecutors said O’Connor’s son and the third boy were hanging on the back of the SUV. The third boy fell out of the vehicle, hit his head and was unconscious for at least 30 seconds, prosecutors said.

A witness called 911. When police approached O’Connor’s vehicle at a nearby 7-11 where they were collecting ice for the boy, O’Connor claimed the vomit in the back of the vehicle was due to car sickness. Officials said a doctor later confirmed the boy had suffered a concussion.

A young girl told investigators that she almost drowned in the hot tub at a party after drinking too much alcohol. A girl also broke her pinky finger and had to undergo surgery after injuring herself at a Halloween party, prosecutors said.

Prosecutors also described a party held in a rented cottage in Santa Cruz to celebrate the 15th birthday of O’Connor’s son. Prosecutors said O’Connor ordered two large alcohol deliveries to the house. The wild party resulted in $ 9,000 worth of property damage to the home, officials said. The homeowners’ outdoor cameras recorded the teenagers urinating and vomiting outside.

O’Connor helped the teenagers sneak out of their homes at night to attend the parties, prosecutors said. She also reportedly put a lot of pressure on the teenagers never to tell their parents what was going on. One girl told investigators that O’Connor threatened to spread rumors about her.

The case summary listing the charges against O’Connor published by prosecutors included the address of the Los Gatos house where investigators said most of the parties took place. A quick online search reveals that the home was last purchased for nearly $ 3 million in 2013. At the time of this writing, it was on sale for more than $ 4.6 million.

Prosecutors said O’Connor was living in Eagle, Idaho, at the time of her arrest. It wasn’t immediately clear when she was moving from Los Gatos.