Sex attacker foiled by rabies hero who threw stones at him 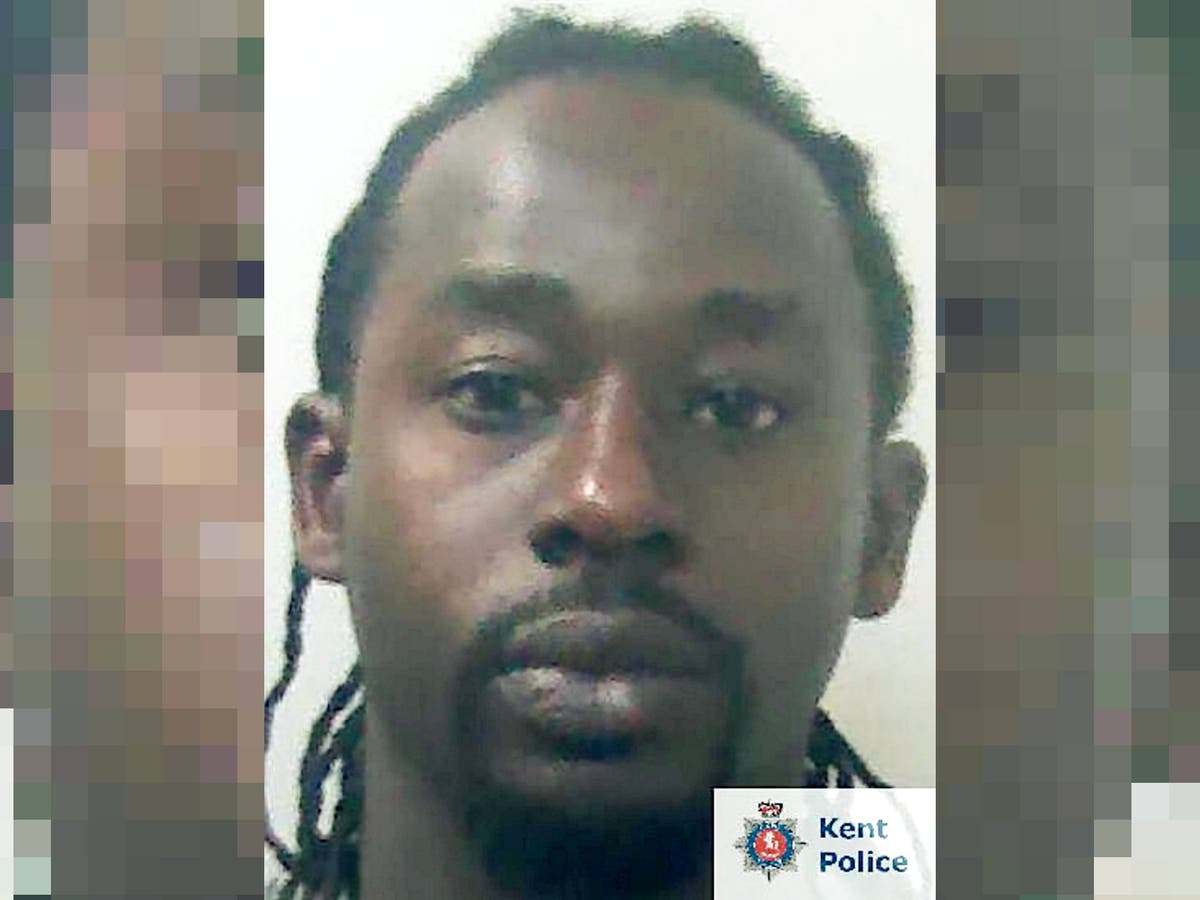 A court heard a hero foiled an “extremely misogynistic” sex offender as he attempted to assault a 16-year-old girl by throwing stones at her.

Theresa Locke threw stones at Oluwaseun Oseni after seeing him partially clothed lying on top of a young student in Maidstone, Kent.

When he locked him up, the judge said it was another example of why women may not feel safe going out at night.

The teenager was waiting for a taxi in the early hours of August 21, 2021 when Oseni grabbed her around the waist and then grabbed her by the throat as he pushed her against some shutters.

Ms. Locke, who worked in the taxi office, heard the victim’s screams and tried to intervene, but Oseni punched her in the face, breaking her glasses and leaving her a black eye.

The court heard he dragged the young girl into a car park at the back of the building on Maidstone’s Pudding Lane, where he began sexually abusing her after dragging her to the ground.

Ms. Locke then single-handedly attacked the drunk forklift driver, hurling rocks and rocks at him.

After being slapped in the face, she continued to scream until others, including a security guard, joined to help and they pulled Oseni from his victim, then took the teenager to the taxi office and locked the door.

Even then, Oseni rushed to the front of the building and aggressively hit the window, pounding on the pane and staring as police were called before exiting the area. Officers later found the attacker slumped on a bench “unconscious, snotty and drooling.”

Oseni, from Orpington, south-east London, was later charged with sexual assault and double assault. He was sentenced to three years in prison at Maidstone Crown Court on June 8 after admitting both charges.

Some taxi rank employees were so shocked by the incident that two members resigned and one security guard was left upset at his inability to protect the victim.

Judge Robert Lazarus thanked Ms. Locke for her “great bravery” and the victim “for her strength and resilience” during the trial.

He added: “Lately there have been so many reports of women and girls feeling like they are not safe alone at night. This will not work.”

Judge Lazarus said Oseni “tried to hide behind the alcohol” but was able to push and pull his victim with considerable force.

He added, “This court sees endlessly, day in and day out, what people are doing when intoxicated … and that’s not what we see as a result of intoxication.

“This is being done by a person prone to commit sexual violence against women and is extremely misogynistic.”

Ann Tayo, who defended Oseni, told the court that her client was “shocked and appalled” by his actions when shown footage of the incident.

She added, “I would like to apologize on behalf of the defendant for what was clearly a horrific nightmare.”

Ms Tayo said Oseni initially believed his drinks had been staggered during one evening, but the court heard there was no supporting toxicological evidence.

PC Lucy Edworthy, of Kent Police, said after the accused’s detention: “Oseni is a predatory and violent individual who saw an opportunity to attack a young girl while trying to get home.

“He is undoubtedly a danger to women and girls and the people who stopped his attack should be congratulated on their actions.

“I also want to commend the victim and his family for courageously supporting us in bringing this criminal to justice.”