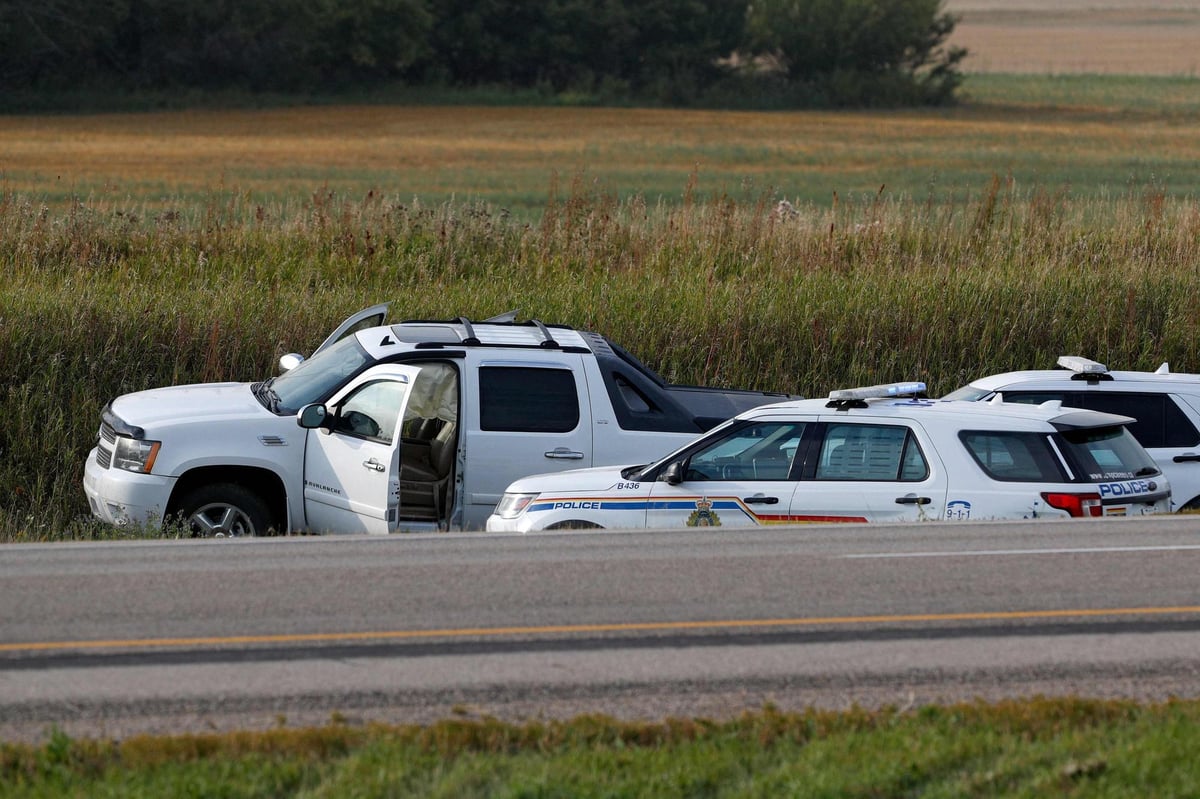 The final suspect in the stabbing rampage in and around a Canadian reservation has died from self-inflicted injuries, an official said.

Myles Sanderson, 32, was found near the town of Rosthern as officers responded to a report of a stolen vehicle being driven by a man armed with a knife, the Royal Canadian Mounted Police (RCMP) said.

Officers forced Sanderson’s vehicle off the road and into a ditch, Deputy Commissioner Rhonda Blackmore, commander of the RCMP in Saskatchewan, said at a news conference. He was arrested and a knife was found in the vehicle, she said.

She said Sanderson experienced medical distress following his arrest. She said attempts were made to revive him before an ambulance arrived and emergency medical personnel then took him to a hospital, where he was pronounced dead.

“All the life-saving measures that we are able to do were taken at that time,” she said.

Ms Blackmore did not provide details on the cause of death. “I can’t say the exact manner of death,” she said.

But an official, who spoke on condition of anonymity, previously said Sanderson died of self-inflicted injuries, without giving further details. It is not known if he stabbed himself or overdosed on drugs while locked in the vehicle.

Videos and photos from the scene showed a white SUV parked at the side of the road surrounded by police cars. Airbags had deployed in the SUV.

The search for the two brothers went into the third day. The fugitive’s brother and fellow suspect, Damien Sanderson, 30, was found dead near the stabbing sites Monday.