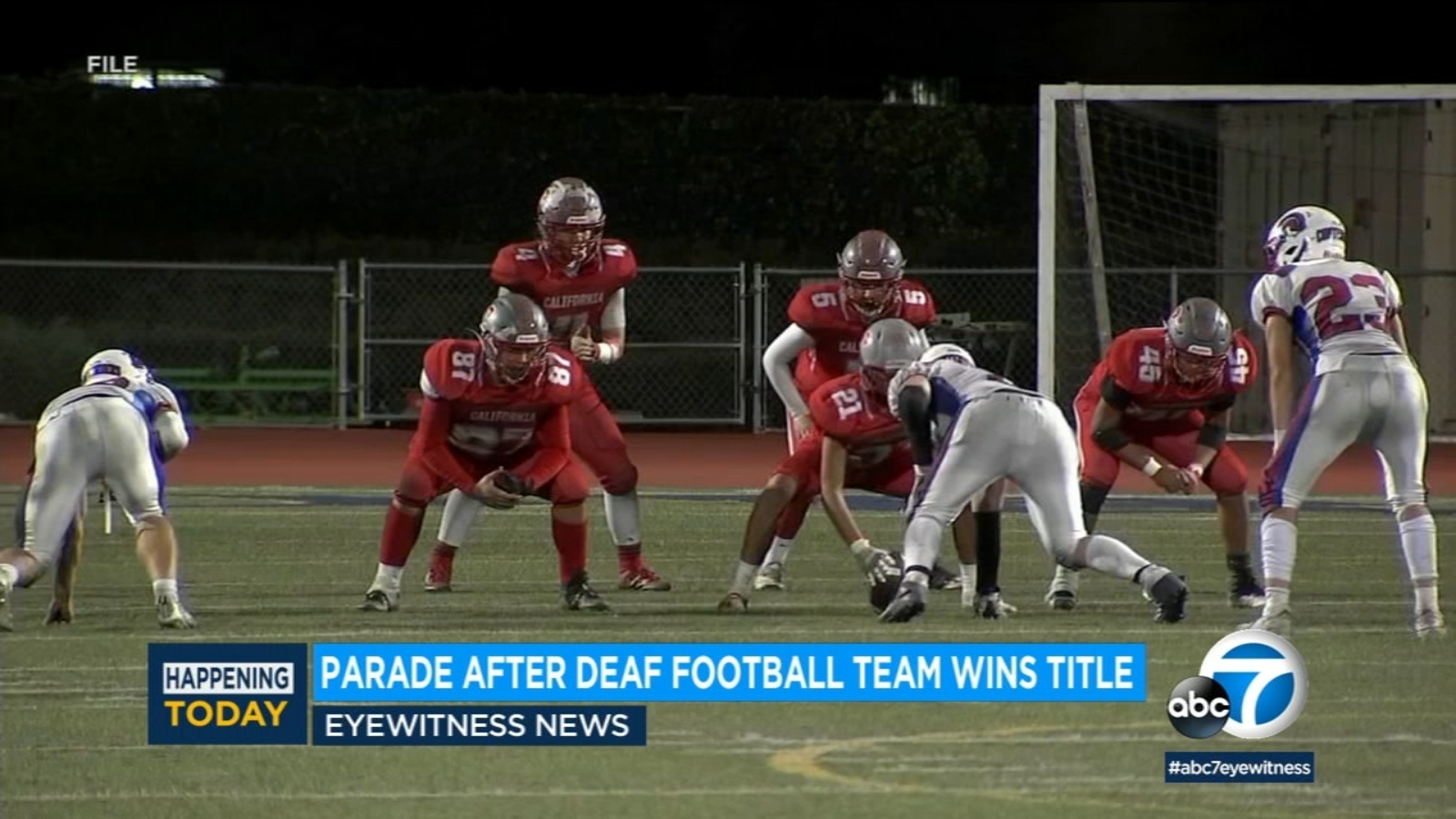 RIVERSIDE, Calif. (KABC)– The California School for the Deaf football team will celebrate a major victory with a parade in Riverside on Monday.

The team won the 2022 eight-man CIF State Soccer Championship, earning the school its first CIF State title in a sport.

The team is now ranked ninth in the nation.

This comes after they lost the championship last year at the end of an unbeaten season. That year they were promoted to Division 1 and again went undefeated.

They even faced the same team again in the championship, but this time they won 80-26.