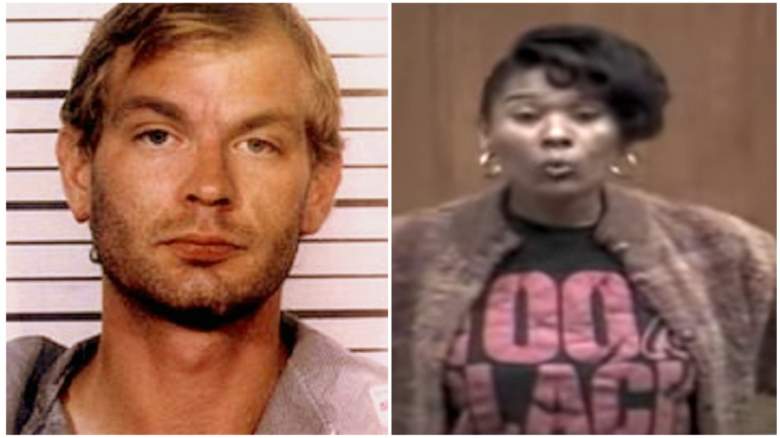 Rita Isbell was the victim’s sister whose angry and emotional outburst against serial killer Jeffrey Dahmer went viral in court.

The dramatic moment at Dahmer’s sentencing hearing in Milwaukee, Wisconsin was repeated in the new Netflix series about his crimes. Isbell is the sister of Dahmer’s victim Errol Lindsey, 19.

Dahmer’s murders between 1978 and 1991 are receiving renewed attention with a new Netflix docudrama series. Monster: The Jeffrey Dahmer Story began streaming on September 21, 2022. “In more than a decade, 17 teenagers and young men have been murdered by convicted murderer Jeffrey Dahmer. How did he evade arrest for so long?” asks the Netflix site for the show. In the Netflix show, Isbell is played by actress DaShawn Barnes.

You can watch video of the real scene in Isbell’s courtroom below, but be aware it’s very emotional.

The courtroom scene begins with Isbell giving victim testimony in court while Dahmer sits quietly at the defense table.

However, she lost control when she started yelling at the serial killer.

“My name is Rita Isbell and I am the eldest sister of Errol Lindsey. Whatever your name, Satan. I’m mad,” Isbell said at Dahmer’s sentencing.

“This is how you behave when you’re out of control. I don’t want my mother to have to go through that again. Never Jeffrey. Jeffrey. I hate you damn mother. I hate you…”

A 1992 Associated Press article quoted Isbell about the moment. That article said she also yelled, “I hate you 3/8.”

“They all just had to sit there and hold it,” Isbell told the AP of her other family members. “What he saw in me… Errol would have done. The only difference is that Errol would have jumped over that table.”

She told AP she wanted Dahmer “to see what’s out of control.”

According to a 1992 Associated Press article accessible at Newspapers.com, Dahmer said at the sentencing hearing, “I believe that only the Lord Jesus Christ can save me from my sins. I know I need to turn to God to help me get through each day.”

According to a 1991 article in the Wisconsin State Journal, Lindsey “disappeared after visiting Grand Avenue Mall, a downtown mall.” He was identified through dental records. “I’m bitter. I’m angry and scarred for life,” Lindsey’s brother, Michael Eckwood, told the State Journal.

Time explained how Dahmer met Lindsey, a straight man, and “lured Lindsey into his apartment, where he drugged him, drilled a hole in his skull, and poured hydrochloric acid inside.”

According to Dahmer, “After this experiment (which Dahmer had conceived in hopes of inducing a permanent, unresisting, submissive state), Lindsey awoke and said, ‘I have a headache. What time is it?’” Time reported.

“In response, Dahmer drugged Lindsey again and then strangled him. He decapitated Lindsey and kept his skull; He then skinned Lindsey’s body and placed the skin in a solution of cold water and salt for several weeks in hopes of making it permanent. Dahmer reluctantly disposed of Lindsey’s skin when he realized it had become too frayed and brittle.”

However, a member of her family wrote on Twitter that the renewed attention from the Netflix show caused the family trauma.

“I’m not telling anyone what to watch, I know true crime media is huge but if you’re really curious about the victims my family (the Isbells) are pissed off with this show,” he wrote

“It keeps getting re-traumatized, and for what? How many movies/shows/documentaries do we need?”