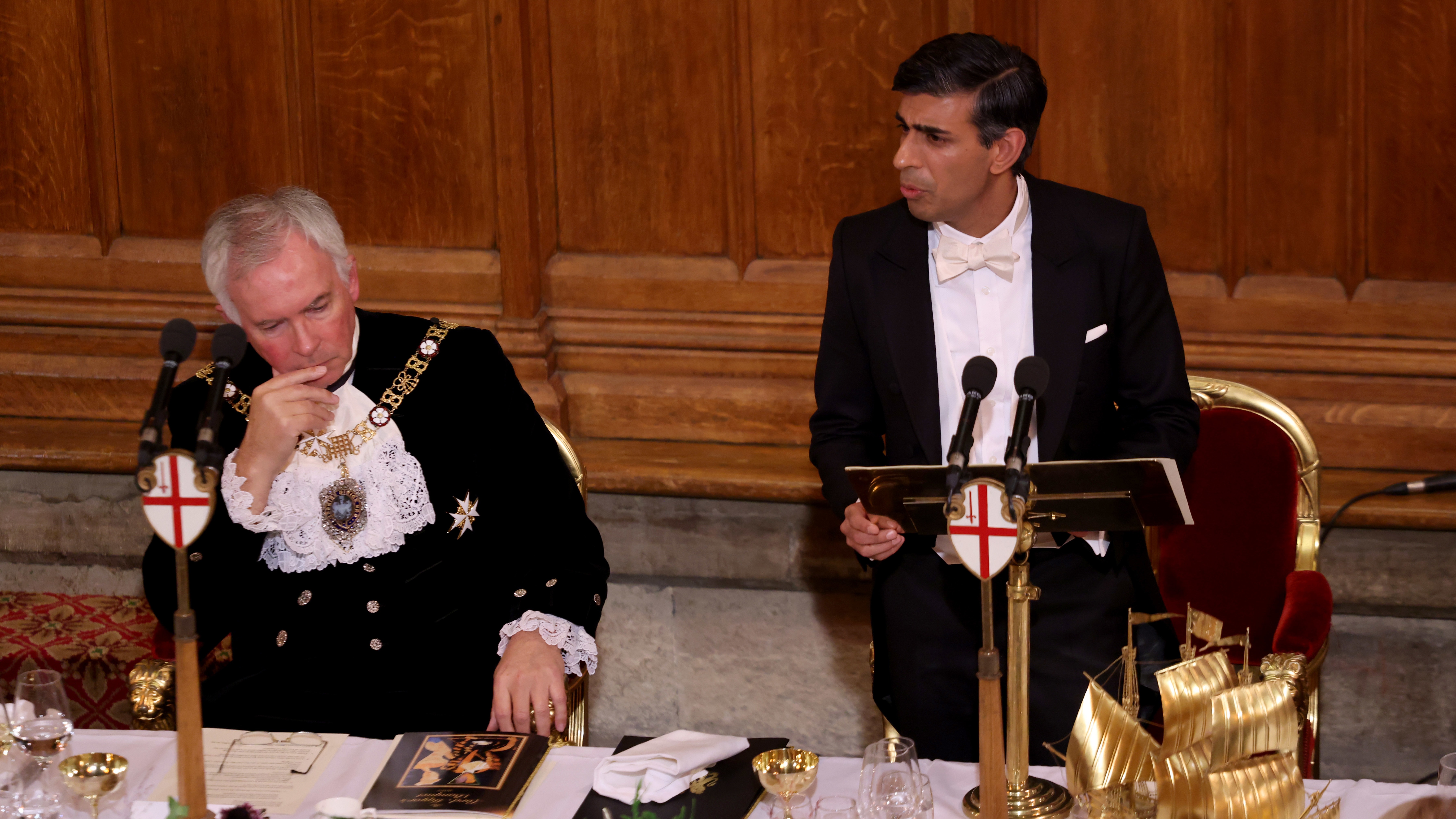 It follows violent demonstrations by police in China in an attempt to crack down on civil disobedience.

Supporting the protesters, Mr Sunak proposed a change in diplomatic relations with China, calling the nation a “systemic challenge to our values ​​and interests”.

He also confirmed that the UK Defense and Security Strategy for the next ten years would be updated in 2023.

Speaking to international dignitaries and business leaders in his first major foreign policy speech, Mr Sunak indicated that he would set a new direction for Britain’s place in the world, following Prime Ministers Boris Johnson and Liz Truss.

Mr Johnson and Ms Truss were seen as taking more combative approaches towards allies like French President Emmanuel Macron, but Mr Sunak’s speech balanced his thoughts on China and Russia with the promise of better relations with Europe amid the ongoing war in Ukraine.

Speaking at the Lord Mayor’s annual banquet at London’s Guildhall, Mr Sunak reiterated the government’s criticism of the arrest of a BBC journalist covering Covid protests in China.

He said: “To put it bluntly, the so-called ‘golden era’ is over, along with the naïve notion that trade would automatically lead to social and political reforms.

“But neither should we rely on the simplistic rhetoric of the Cold War.

“We recognize that China poses a systemic challenge to our values ​​and interests, a challenge that is becoming more acute as it moves towards even greater authoritarianism.

“Instead of listening to the protests of its people, the Chinese government has chosen to take further action, including by attacking a BBC journalist.

“The media – and our parliamentarians – must be able to highlight these issues without sanctions, including calling for abuses in Xinjiang – and restricting freedoms in Hong Kong.”

Along with allies, he said Britain will “manage this intensifying competition, including with diplomacy and commitment”.

Mr Sunak was due to meet with President Xi during the G20 summit earlier this month, but the meeting was canceled after NATO members were forced to attend an emergency meeting after a Polish village near the border with Ukraine was bombed.

Concluding his London speech, he continued: “Under my leadership, we will not choose the status quo. We will do things differently.

“We will continue to evolve, always anchored in our abiding belief in freedom, openness and the rule of law, and confident that in this moment of challenge and competition, our interests will be protected and our values ​​will always prevail.”

He also received applause as he praised the women protesting in Iran, telling the audience that they “show the most humiliating and breathtaking courage”.

He described the need for an “evolutionary leap” in Britain’s strategy, saying that this would require “stronger defense of our values ​​and the openness on which our prosperity depends”.

“It means building a stronger economy at home as the foundation of our strength abroad. And it means standing up to our competitors, not with great rhetoric, but with robust pragmatism.

“We will accomplish all of this not only through our diplomatic expertise, leadership in science and technology, and investments in defense and security, but also by dramatically increasing the quality and depth of our partnerships with like-minded allies around the world.”

His speech was immediately criticized, with Tory MP and former party leader Sir Iain Duncan Smith likening some of Mr Sunak’s comments about China as “appeasement”.

Speaking to Channel 4 News ahead of Mr Sunak’s speech, Sir Iain highlighted the treatment of BBC cameraman Edward Lawrence, who the broadcaster said was “arrested and handcuffed” while covering anti-Covid-restriction demonstrations in China , and then was “punched and kicked” by the police.

“The day we see all of this, the government comes out with its robust pragmatism, which I think means pretty much anything you want to most people out there, and that sounds to me like it would come pretty close to appeasement. ”

Liberal Democrat foreign affairs spokeswoman Layla Moran said: “Over the summer Sunak spoke harshly about China – now he has made an about-face at the first possible opportunity. The backpedaling on his previous stance is remarkably dodgy, as it comes just days after a British journalist was subjected to troubling treatment by Chinese authorities.

“The British public will rightly be concerned that the Conservative government is likely to continue its record of failure to hold China accountable for everything from Hong Kong to recognizing the Uyghur genocide.”