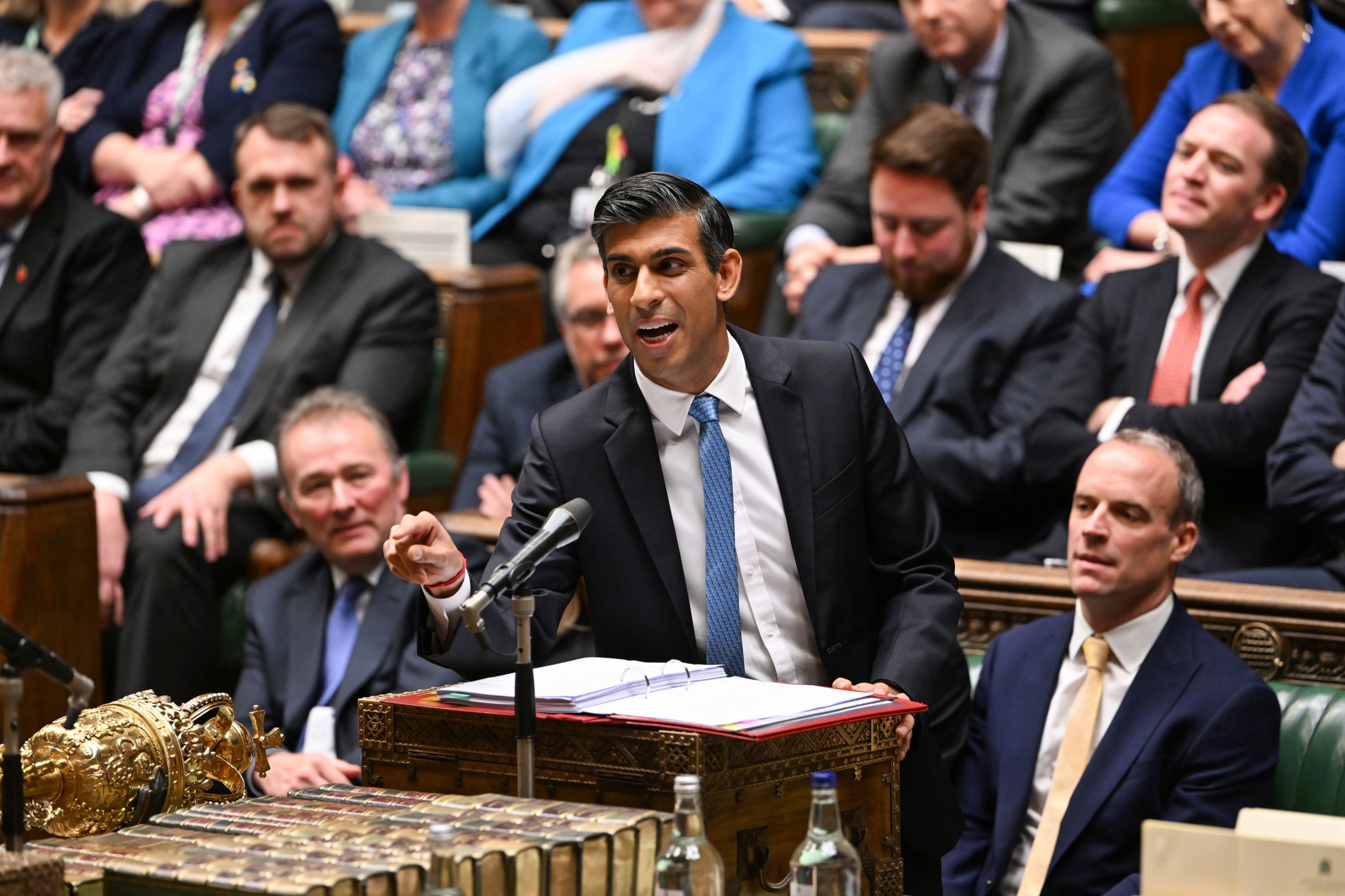 Rishi Sunak has been warned he has “no control over events” as he faces a series of tough showdowns on energy, housing, migration, policing and transport.

The prime minister is under pressure on several fronts and is considering whether to dramatically reverse his promise to ban onshore wind power amid a growing backbench rebellion.

The wind farm revolt and a parallel push to deadlock the government’s housing targets could force Mr Sunak and Michael Gove to scrap their flagship Leveling Up Bill, which was due to return to Parliament on Monday but is delayed by at least a week has delayed.

Meanwhile, the Prime Minister has been warned that Conservative MPs could defect to Reform UK unless he reduces the number of asylum seekers crossing the English Channel in small boats.

He will also seek to bolster his authority by announcing new plans to cut energy use and a new crackdown on Just Stop Oil protesters – as well as revealing details of the revised Online Safety Act, legislation to protect children online, which has proved highly controversial among Tory MPs. In parallel, ministers are holding last-minute talks to avert strikes on the NHS and the rail network.

Ahead of the Prime Minister’s Crisis Week, former party leader Sir Jake Berry warned: “I think the Government has a pretty tight window of opportunity to address some of these issues and prove to the British public that we’re competent… We’ve got about six months to get it right.” .” Ex-Chancellor George Osborne told Channel 4: “There is a general feeling that the government is not in control of events and that is so dangerous for a government.”

The Leveling Up Bill, steered by the House of Commons, aims to boost housing and improve infrastructure across the UK. But it has attracted two major rebellions from different wings of the Conservative Party.

Free marketers, backed by Boris Johnson and Liz Truss, have promoted an amendment that would overturn the current ban on new onshore wind energy construction. Over the weekend, former cabinet ministers Alok Sharma and Sir Jake expressed their support for the policy.

The Government has not ruled out a U-turn and passage of the Labor-backed amendment, I understands. Mr Gove is in talks with backbenchers to try and stave off the rebellion – despite previously betting on onshore wind himself. A source close to the Leveling Up secretary said: “He wants to work constructively with colleagues.”

Ministers want to finalize progress on the bill before Christmas but Labor insiders believe it could be withdrawn altogether to avoid embarrassing defeats in the rebel motions. An opposition source said: “They cannot rely on their own backbenchers, Labor is now deputy government.”

In a further blow to party discipline, Penny Mordaunt expressed her sympathy for housing rebels who want to remove targets for how much each local area must build from the bill.

The Leader of the Commons told BBC Politics South: “Targets can help, but the wrong targets won’t.” She defended local planning activists, adding: “Quite often these forums will ask for more housing than the local plan and local housing targets planned, but I think they are being carried out in a smarter way.”

Nigel Farage’s Reform UK is trying to attract defectors from the Conservatives by exploiting migration concerns, and one MP warned the Prime Minister should take the small boat issue personally, rather than leave it to Home Office ministers Suella Braverman and Robert Jenrick , to leave.

They said: “Rishi has a lot to do to convince the Red Wall MPs that he means business and I’m not sure Rob and Suella are communicating enough for that.”

The Red Wall Tories have become increasingly concerned about migration since rising numbers of asylum seekers saw many being housed in the Midlands and north of England for the first time.

Conservative party leaders have argued that increasing support for the reform will only help Labor and warned would-be rebels that they would lose their seats if they defected. A source said: “Reform is around 5 per cent so now they can only give away seats to Starmer. Any Tory MP will be able to see that moving would cost him his job.”