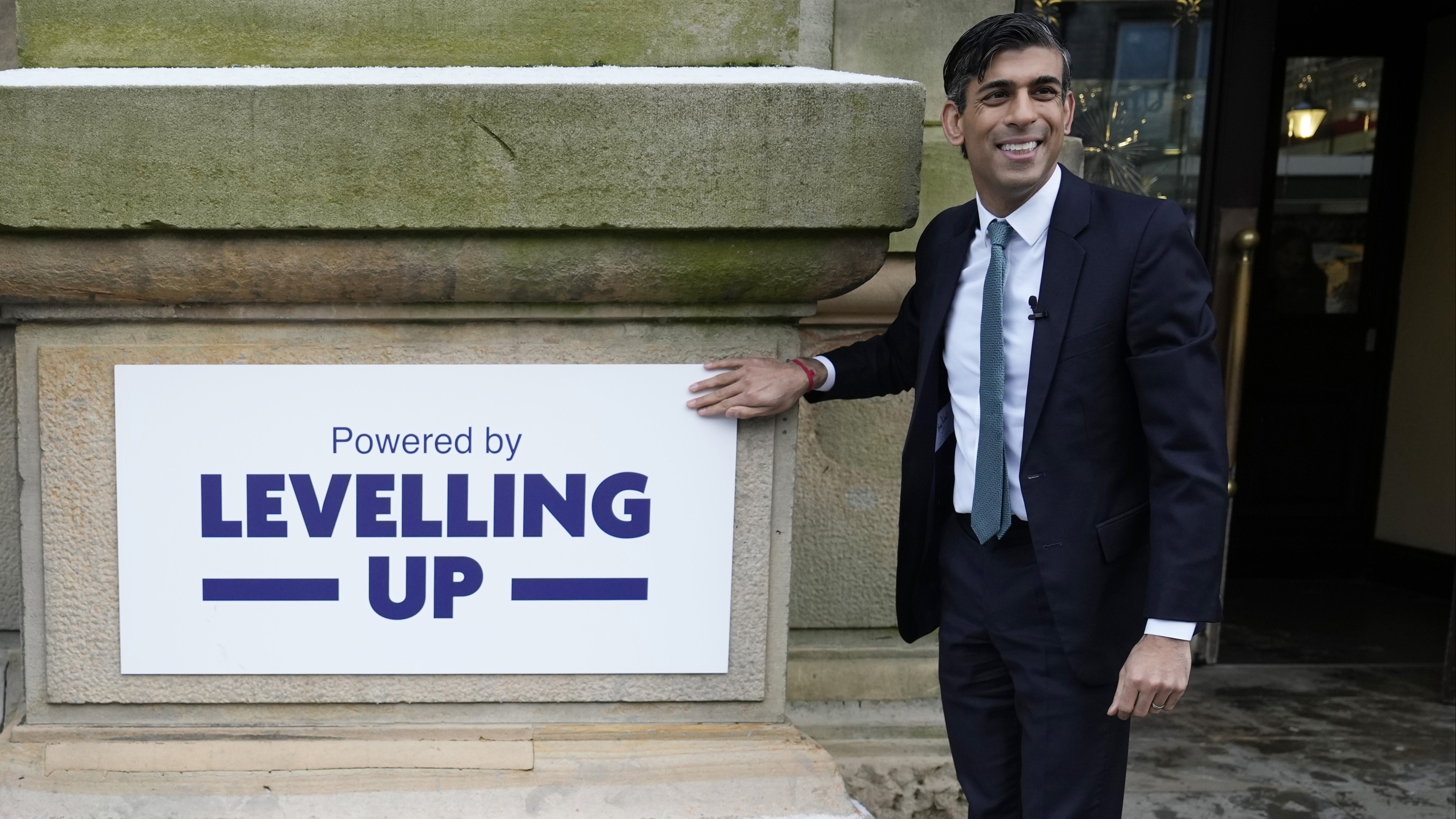 The Prime Minister used an RAF jet from Northolt to Blackpool as he made a series of visits to northern England to announce a fresh boost in funding.

Mr Sunak was in Lancashire to discuss the allocation of £2billion in offset funding.

Labor has accused Mr Sunak of “jetting around the country like an A-list celebrity with taxpayers’ money” and “mocking” his environmental strategy after Thursday’s 41-minute flight.

A train journey from London Euston to Blackpool takes less than three hours, with a single ticket costing £73.40 or £189.80 for a peak-hour journey. First class could cost £257.

However, Tory MP Mark Jenkinson has defended Mr Sunak’s use of the jet, saying: “He’s the Prime Minister, multiple train changes with a security detail and unreliable ‘Avanti West Coast trains’ would be madness”.

Mr Sunak made the trip on a Dassault Falcon 900LX, with the French manufacturer reportedly being favored by the likes of Taylor Swift.

Last week Downing Street defended Mr Sunak, who flew to Leeds because his schedule is under “huge pressure”.

He took an RAF plane to Scotland when he announced two new ‘green’ free ports.

Lib Dem Deputy Chair Daisy Cooper said: “Rishi Sunak has learned nothing from the past few weeks as he continues to jet around the country with taxpayers’ money.

“It’s just ridiculous that he can’t get a train like the rest of the British public.

“Once again, this Prime Minister has completely lost touch with the rest of society.”

Downing Street declined to comment during the Prime Minister’s trip for security reasons.

“Instead of taking the train like the rest of us, he’s swaying around like a washed up A-lister courtesy of the public, poking fun at his own government’s ‘zero-jet’ strategy.”

John Travolta and Ms Swift are among the stars who have reportedly had Dassault jets in their collections.

Ministers have defended that London and the South East will receive the largest share of funding, receiving £362m compared with £354m for the North West, £109m for the North East and £177m for Scotland.

Critics have also said Tory areas are favoured, with Catterick Garrison in the affluent North Yorkshire home of the Prime Minister getting £19million to regenerate the High Street.

Leveling Up Secretary Michael Gove told Times Radio: “It’s just not true that the Leveling Up fund is disproportionately focused on London and the South East.”

He argued that London and the South East together account for a quarter of the country’s population and “the biggest winners are those in the North West” relative to population.