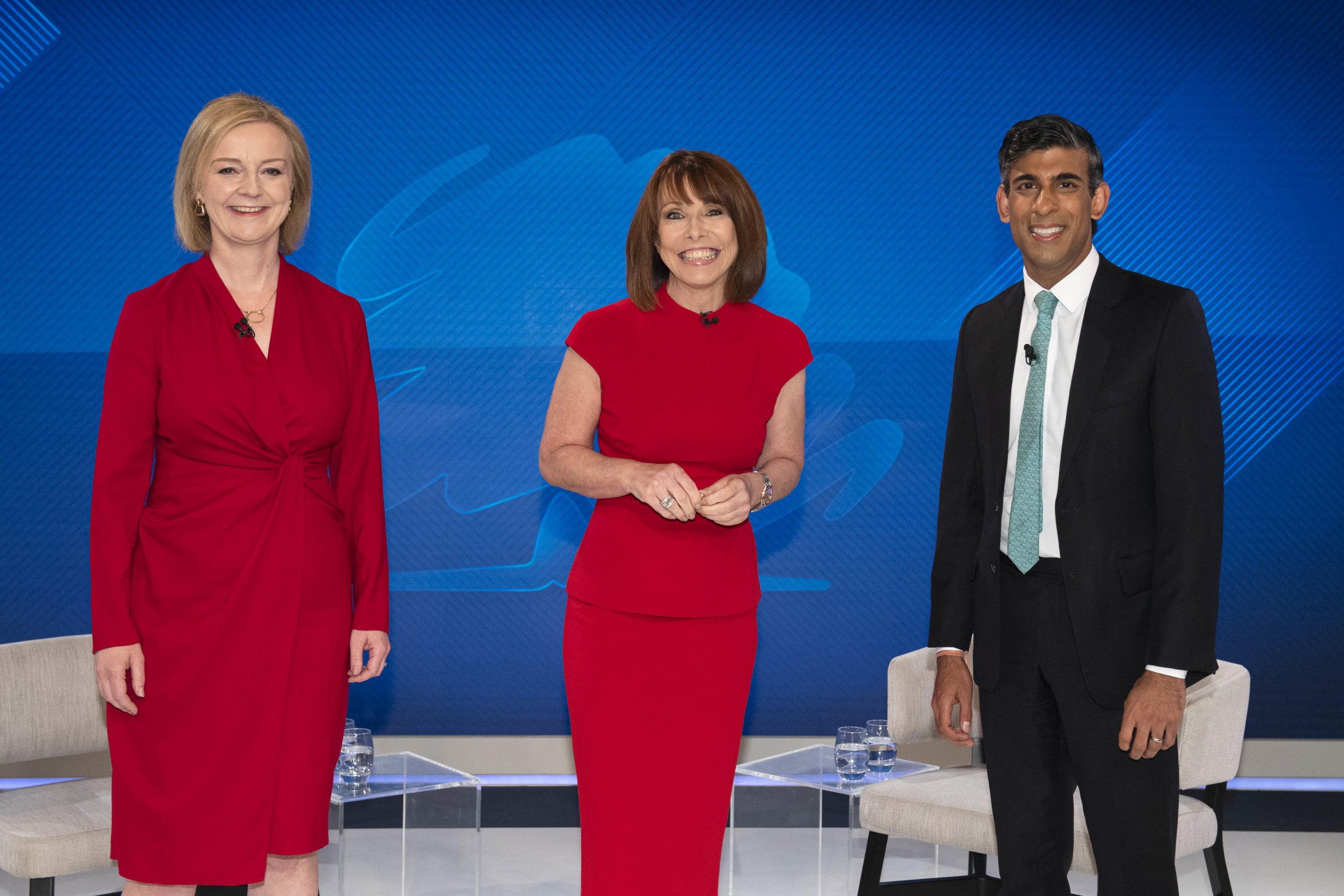 Truss has been accused of pushing policies that are “not sound economics,” and Sunak has faced difficult questions over his decision to step down as chancellor

Ms Truss and Mr Sunak faced a TV barbecue from Tory members over their plans to become the next Prime Minister.

Liz Truss has claimed the looming recession is not ‘inevitable’ and vowed to keep taxes low to ‘avoid’ it, while Rishi Sunak has criticized her ‘risky’ strategy and warned that the country’s finances are ‘flashing red’ .

Secretary of State Truss has been attacked by a bystander over her tax cut plans and accused of pushing policies that are “not sound economics”.

Rival Mr Sunak was applauded when he said he would not concede despite being behind Ms Truss and was “fighting incredibly hard to the last day”, but faced difficult questions over his decision to resign from Boris Johnson’s cabinet.

Mr Sunak appeared to win the support of the previously undecided live audience of Tory members.

By show of hands – after the digital voting system failed – the majority of those listening said they supported Mr Sunak.

Ms Truss, who first appeared before members of the Tory party, explained what she intended to do in light of Thursday’s warning from the Bank of England (BoE) that the UK would fall into recession this year.

“Of course, what the BoE said today is extremely worrying, but it is not inevitable. We can change the outcome and make the economy more likely to grow,” she said.

“The most important thing is that we have to help people who are struggling with the cost of living. I would reverse the increase in social security immediately, I would also have a temporary moratorium on the green electricity tax to save people on heating costs.

“But I would also keep corporate taxes low to ensure we can encourage investment in our economy and do whatever it takes to avoid a recession.”

A Tory member asked Ms Truss, who has promised around £30billion worth of tax cuts, how important it was to “balance the books”.

Ms Truss said that “trying to balance the books early is actually counterproductive”.

The Tory member replied: “Liz, I don’t want to see my children and my grandchildren saddled with huge debts […]. The only thing Margaret Thatcher believed in was sound money. That’s not solid economics.”

She continued, “15 percent interest, Liz, I remember those days, I had to pay a mortgage at 15 percent…are we going back to those times?”

Ms Truss said: “If you raise taxes and stop starting businesses, stop new investment and stop economic growth, you’re less likely to be able to pay off the debt in the longer term.”

She was also grilled by presenter Kay Burley about her recent U-turn in introducing regional pay scales for public sector workers.

She claimed the policy was “misrepresented by various people,” adding, “I totally accept that it wasn’t the right policy to deal with the situation and so immediately withdrew the policy.”

Mr. Sunak was asked about his economic plan for No. 10.

He said he was not ready to introduce tax cuts until the economy settled down and warned Ms Truss’ plans would make the economic situation worse by adding “fuel to the fire”.

It is “just wrong” for Ms Truss to say that the tax burden is causing the recession, argued Mr Sunak.

“What causes the recession is inflation. That’s the root of the problems, not just here, but in America and elsewhere,” he said.

The former Chancellor told the Sky News Debate: “We in the Conservative Party have to get honest and get quick because the economy lights are flashing red and the main cause is inflation. I worry that Liz Truss’ plans will make things worse.”

He said he has a plan to stimulate the economy, adding: “But it all starts with not making things worse because if we just add fuel to the fire of this inflationary spiral, all of us, all of you, just go for it.” to end up with higher mortgage rates, savings and pensions eaten up, and misery for millions.”

The former chancellor was asked whether he had “stabbed Boris Johnson in the back” by resigning from the cabinet. He said it was “simply not true” that he planned to oust Mr Johnson.

Mr Sunak said he could not defend the Government’s stance on Mr Johnson’s decision to promote Chris Pincher, who had been accused of groping someone.