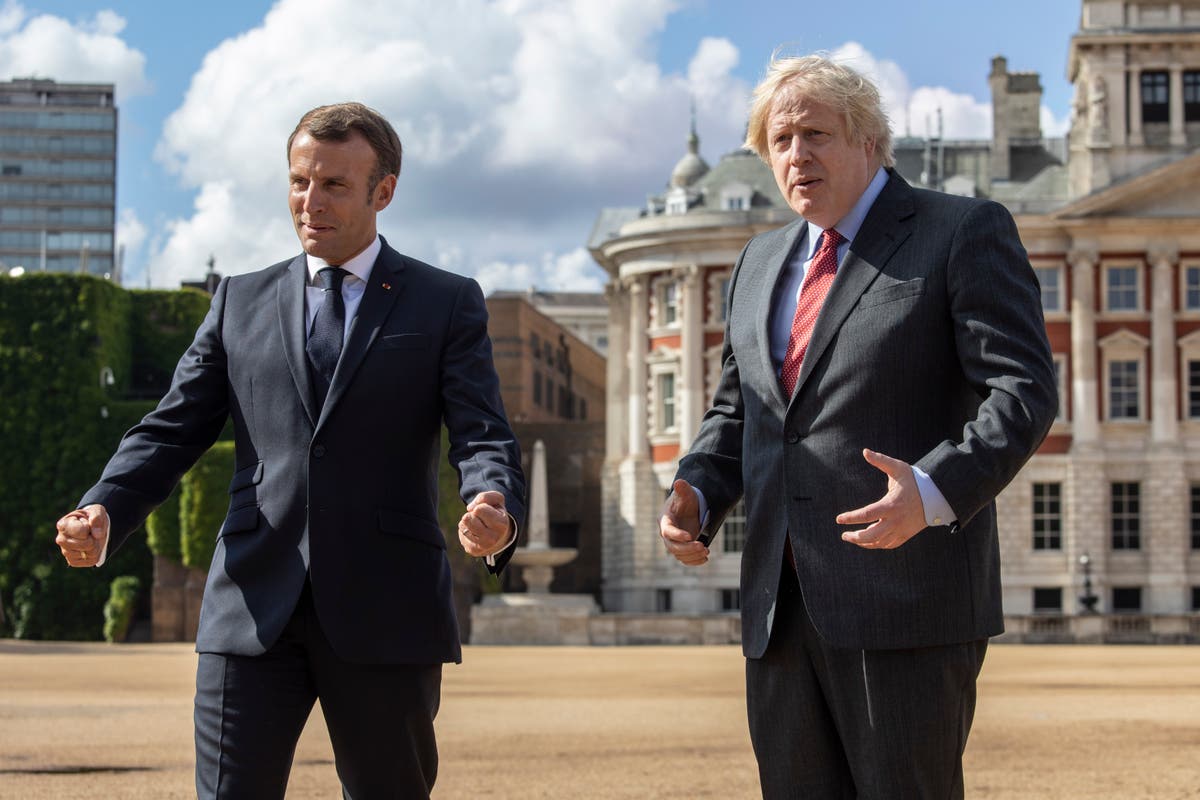 France has canceled talks with Home Secretary Priti Patel in protest against a letter from Boris Johnson to President Macron.

The letter Boris Johnson sent the French President on Thursday called on France to agree to “take back” people crossing the Channel to Britain.

In a statement, the French Interior Ministry said it considered Boris Johnson’s “public letter to be unacceptable and contrary to discussions between counterparts”.

Read Boris Johnson’s letter to Emmanuel Macron in full below.

Yesterday’s appalling tragedy in the English Channel shocked people across France and Britain. I know your thoughts, like mine, are with the families of these men, women and children who lost their lives at sea. I appreciate the work of your emergency services in dealing with this devastating situation. I also pay tribute to you, the French Government and other authorities across France who have worked so long on this difficult subject.

We spoke last night and agreed to have intensive discussions between our ministers and officials. After speaking with us, I am confident that you, like me, will realize the urgency of the situation we both face. I also saw your Prime Minister’s statement today and a reading of a phone call between the Home Secretary and your Home Secretary agreeing a number of positive steps and areas for further cooperation.

I particularly welcome the fact that the Minister of the Interior will be invited to Calais this Sunday to meet her counterparts from France, Belgium, the Netherlands and Germany. I am ready to upgrade this meeting to a summit at the executive level or to arrange further bilateral discussions with you or with colleagues.

As I pointed out in a letter to you this summer, I have long been deeply concerned that we might wake up one morning to a serious tragedy that killed many people in the English Channel, including women and children. I found that the British and French public would be right to ask whether we have done everything we can to prevent such a disaster.

Such a disaster has happened now. I acknowledge that law enforcement teams and immigration officials work on the front lines day and night in both of our countries, but I agree with your words that if we do not step up our efforts today, other tragedies will happen. This morning more boats with even more lives were in danger.

I am writing to offer my support and solidarity, as well as concrete ideas for saving lives and fighting the traffickers behind these border crossings, in a spirit of partnership and cooperation with you and our neighbors across Europe. Britain and France share a common moral obligation to save lives, but also legal obligations, including through the United Nations Migrant Smuggling Protocol and the Convention on Human Trafficking.

As we discussed last night, I am open to any new creative ideas to help eradicate this terrible human trafficking and save lives. Our model for future steps should be the extraordinary creativity our countries have shown in the past in creating the side-by-side controls. These new ideas would build on the strength of our bilateral security and intelligence relationships and recognize the level of organized crime that our two countries are fighting.

In order to redouble our efforts, I want us to consider:

• Use of more advanced technologies, including ground sensors and radar;

• Mutual aerial surveillance by manned and unmanned aircraft that may fly under common badges; and

• Deepen the work of our joint intelligence cell through better exchange of information in real time, to facilitate arrests and prosecutions on both sides of the English Channel.

But I also now formally request that we make urgent progress towards one of my earlier proposals, by setting up joint patrols where it is most effective. This could include cooperation between French gendarmes and British border forces, possibly under a single command structure, or the joint use of private security companies. We are ready to begin such patrols early next week and expand thereafter.

In addition to our bilateral work, my ministers and officials are ready to work multilaterally and with the EU to address our common challenges. France will soon take over the EU Council Presidency. I am pleased that you have committed to making a systematic return agreement between the UK and the EU a priority for your presidency, especially given the EU’s legal obligations to combat migrant smuggling. The EU has readmission agreements with countries like Belarus and the Russian Federation; I hope that such an agreement can also be reached quickly with the United Kingdom.

In anticipation of such a readmission agreement at EU level, I propose to conclude a bilateral readmission agreement so that all illegal migrants crossing the English Channel can be returned. This would have an immediate effect and would significantly reduce, if not stop, crossings and save lives by fundamentally breaking the criminal gangs’ business model. My officials will share draft texts with their colleagues.

As expected, we will also present measures domestically to advance our work to combat illegal migration and human trafficking. I will see to it that your officials are kept informed. Our new immigration plan includes far-reaching reforms to our asylum system aimed at preventing illegal entry into the UK, breaking the business model of people smuggling networks and more easily removing those who have no right to be here. This builds on our work to ensure that our criminal justice system effectively prosecutes people smugglers.

I remain confident that our two great countries are up to this challenge and can build on our comprehensive security cooperation to combat illegal migration and human trafficking on our common border as well as upstream across the continent of Europe, in the Mediterranean and beyond.

I am copying this letter to the President of the European Council.