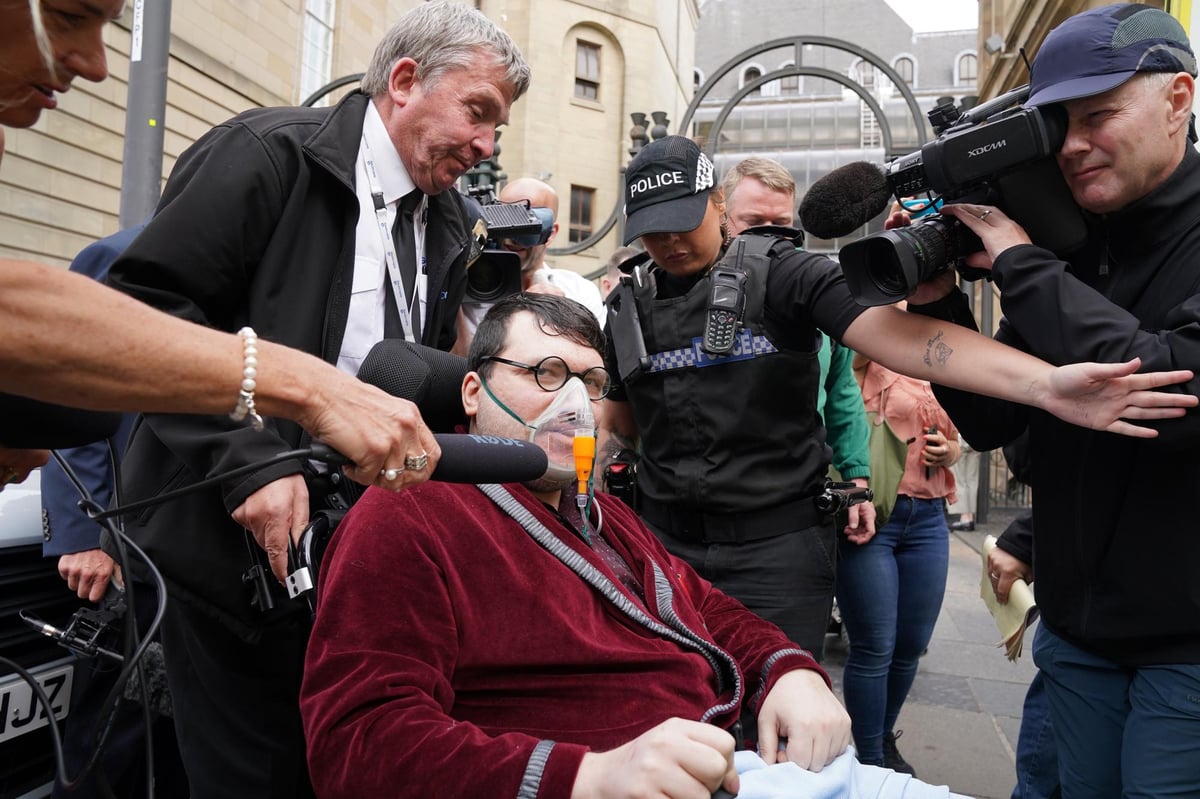 A man accused of being a US fugitive, Nicholas Rossi, has told a court there was “mass hysteria” in his case as he tried unsuccessfully to apply reporting restrictions to him.

The man, who gave his name as Arthur Knight, appeared before the Edinburgh Sheriff and Justice Of The Peace Court on Tuesday as part of extradition proceedings.

US prosecutors accuse the 34-year-old of raping a woman in Utah and assaulting other women in different states.

He is said to have faked his own death and fled to Scotland to avoid charges.

Sheriff Alistair Noble on Tuesday considered a request to postpone extradition proceedings against him in the Glasgow crime case until Thursday.

The suspect was brought into the courtroom in a wheelchair, wearing a maroon pajama top and trousers. He wore a breathing mask and paramedics accompanied him with an air bottle.

Sheriff Noble agreed to postpone the fictitious hearing to Thursday.

The man, who was representing himself, then attempted to file his own motion with the court to restrict press coverage.

He said there was “mass hysteria” surrounding the case and claimed it had “turned into a media circus”.

He said the media disregarded the court by “constantly referring to me as Nicholas Rossi”.

The man claiming to be Mr Knight told the court: “I would argue that it is incredibly important that this case be decided so as not to involve the public humiliation I have suffered.”

However, Sheriff Noble said, “I have heard nothing to warrant an order.”