Putin has a way out of the war in Ukraine, but that’s why he won’t go there 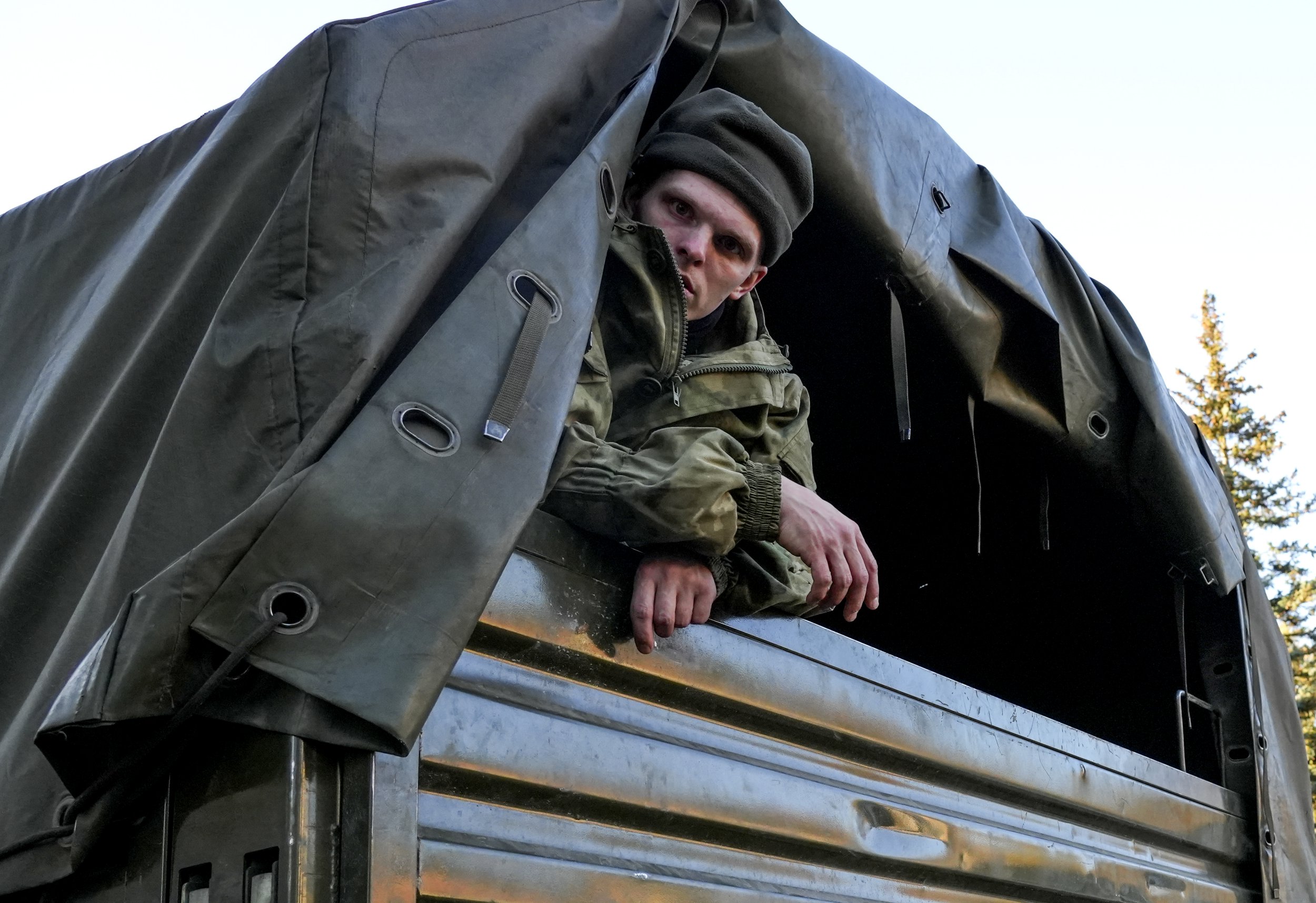 Tough decisions for leaders could offer President Putin a way out of the war in Ukraine, but he probably wouldn’t take it anyway, writes Rod Thornton

The world is now witnessing a new phase in the Ukraine war. The attack on the Kerch Bridge and subsequent Russian retaliatory missile attacks on Kyiv and other Ukrainian cities show that the war is escalating. But how far will this escalation go and is a full-scale nuclear exchange – however unthinkable – in sight at a later date?

It is becoming increasingly clear that the war in Ukraine must be prevented from taking on proportions that are dangerous for the whole world, and not just for Ukraine. One argument put forward by US President Joe Biden last week is that the West should offer Russian President Vladimir Putin a “way out” — that is, a way out for him to call a ceasefire that appears to offer Russia a chance Degree of military success in Ukraine that Mr. Putin can sell as “victory” to his people. But it seems like a pie in the sky. Mr. Putin, it is becoming increasingly clear that we must be forced onto a ramp instead of just being offered one.

The Kerch Bridge is Mr. Putin’s bridge. He promised the people of Crimea that he would build them soon after Russia annexed the region in 2014. He found the $3.7 billion (£3.35 billion) needed to build it and drove the first vehicle across the bridge when it opened in 2018.

It has been a vital artery ever since – not only to Crimea’s economy, but also a crucial logistical link in support of the war effort since the start of the current war. That it was publicly damaged in such a way was a personal blow to the Russian president, who already seems to be under considerable domestic pressure because the war is not going to Moscow. Hardliners in the country are increasingly questioning Putin’s leadership and perceived weakness in dealing with Ukraine.

It seems that in order for Mr. Putin to stay in power and accommodate the hardliners, there is only one way to go: he must escalate. This was demonstrated recently in the mobilization campaign and is shown very clearly in the current rocket attacks on many Ukrainian cities. These are apparently aimed at civilian infrastructure.

Mr. Putin obviously doesn’t care how many civilians are killed. There are dangerous signs here. Will he continue to use missiles with only conventional warheads? He may feel the need, and especially in the face of further major setbacks on the battlefield, to pursue the nuclear option: the “small”, tactical option that has been much discussed and occasionally threatened – at least once by Chechen leader Ramzan Kadyrov, a close ally of Mr Putin who urged his friend to escalate the use of such weapons.

What can the West – and the US in particular – do to prevent such an outcome? One idea is to offer this ramp to Mr. Putin. But how? In a speech last week, Mr. Biden made it clear that he understood Mr. Putin’s predicament:

Mr. Biden did not provide answers to his own questions. But one way for the western diplomatic community could be to pressure Kyiv to rein in its advances on the battlefield and accept some territorial losses to Mr Putin. These pressures could come from withholding western-supplied arms or cutting back on the large foreign funding that currently keeps Ukraine’s entire economy afloat.

The levers are there. But they would be hard to sell. Ukraine’s President Volodymyr Zelenskyy has said many times that Ukraine would not accept anything less than a complete Russian withdrawal from its conquered territory, and many in the West would rail against any military or financial restrictions imposed on Kyiv.

Another consolation for Mr. Putin could be that NATO made it clear to Moscow that Ukraine (and Georgia) will never be allowed to join the alliance. But this would find little support within NATO itself – and among countries like Sweden and Finland, which also want to join.

Moreover, all of those olive branches mentioned above smack of appeasement to Mr. Putin. The common Western mantra is that aggressive Russian behavior must not succeed.

So, given the apparent lack of a ramp available to encourage Mr Putin to de-escalate, what options remain? Perhaps the only one available is the power of rhetoric. That seems to have been evident last week when Mr Biden warned Mr Putin that the world faces Armageddon – literally the end of the world – if he decides to use nuclear weapons as part of his war in Ukraine. Mr Biden said the world is closer to a major nuclear conflagration than it has been since the 1962 Cuban Missile Crisis.

At first glance, Mr. Biden’s choice of language seems too strong and alarming. Certainly this was seen by French President Emmanuel Macron, among others, who, in response to Mr Biden’s words, warned that “we must speak with caution”.

But it is possible to understand why it needs to be used. Strong and alarmist rhetoric appears to be the only tool available to give Mr Putin and his Kremlin entourage some sort of pause. Mr. Putin must be warned of the dangers of a further escalation that could lead to an uncontrollable slide into all-out nuclear war. If Putin cannot be offered a carrot, there must at least be some indication of the likely stick – in this case, the disaster that his strategy in Ukraine must inevitably lead to.

But Mr Biden’s words are also more a sign of weakness than strength. That they must be used should give us all food for thought. The US has no viable options to encourage de-escalation; except maybe for one. It may be the case that attempts are being made to force Mr. Putin onto the ramp, forcing him to de-escalate. This may be the delivery of offensive weapons to Ukraine that really change the picture on the battlefield in Kiev’s favour, or indeed some level of direct NATO intervention.

But pursuing this line could lead to intense Russian retaliation and merely bring about what already appears to be the main danger — an uncontrollable post-Armageddon escalation.

Rod Thornton is Associate Professor/Senior Lecturer at King’s College London. This article was republished by The Conversation under a Creative Commons license. Read the original article.