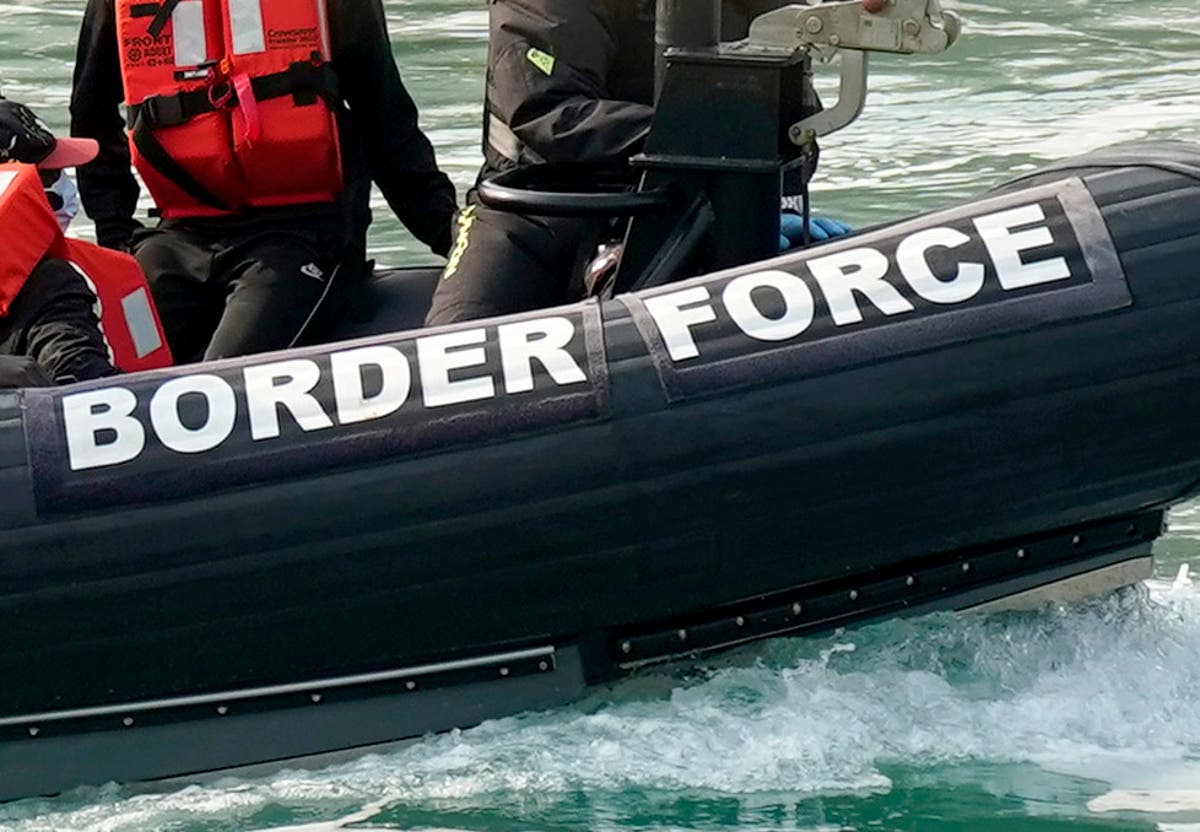 Priti Patel’s plan to force migrant boats back into French waters has been challenged by complex interior ministry rules designed to prevent violations of international law.

The independent one is aware that all push-back operations must meet numerous conditions, including the presence of French authorities to receive ships.

But Paris proposed not to cooperate with the plans, with a letter from their French counterpart to Mrs Patel earlier this year saying that “the use of maritime rejections in French territorial waters could have a negative impact on our cooperation”.

It comes after the number of asylum seekers crossing the English Channel hit a new daily record of 1,185 on Thursday after the Interior Minister vowed in August 2020 to make the route “impracticable”.

Official legal advice leaked this week suggested government lawyers believe any rejections with legal challenges will be dealt with and the Home Office will likely lose.

When asked about the legality of the operations planned last month, Ms. Patel said a “framework” had been established but admitted that “there is a tight basis for operationalizing this tactic.”

Labor accused the Home Secretary of “blaming everyone but themselves” for an unprecedented number of people who risked their lives to cross the English Channel.

Nick Thomas-Symonds, the shadow minister of the interior, said: “Labor has called the push-back technique unscrupulous and wrong. Unsurprisingly, government lawyers believe the technique would not be considered legal if challenged in court, and yet the Home Secretary is sticking to it.

“This is a clear sign of the interior minister’s despair because she has failed to come to terms with this crisis. She has to take responsibility, show leadership and change course. “

The independent one understands that the rules established for the border guards mean that targeted boats must be in a specific section of the English Channel and have reached that area independently and without guidance or coercion.

The ships must be examined by drone to look for numerous signs of “vulnerability”, the The independent one has chosen not to publish.

If a dinghy enters the push-back area that meets all of these criteria, the Border Force still has to pull back if the situation worsens.

It is crucial that the French authorities are present and ready to receive the boat during a push-back operation.

A briefing published by the House of Commons library in September said that the United Nations Convention on the Law of the Sea allows countries to prevent passage in order to prohibit smuggling or violate immigration regulations, “but any return of a ship to the territorial waters of a state would Approval”.

In a letter from French Interior Minister Gerald Darmanin in September, it said that his position on rescue operations in the canal was unchanged and that “the protection of human life at sea takes precedence over considerations of nationality, status and migration policy”.

He added: “The use of maritime refoulements in French territorial waters could have a negative impact on our cooperation.”

An official with the ISU union, which represents Border Force staff, said the “very strong view of the staff is that there will never be push-backs.”

“The constraints on when this would even happen are so tight that we just don’t believe there will be a situation where this will ever happen,” said Lucy Moreton The independent one.

“Even if we could find a suitable ship, we would still need the French there, in a situation where the French say they won’t because they think it’s illegal.”

Ms. Moreton raised safety concerns as she feared passengers might try to damage boats or jump overboard if stopped.

“When the pressure is put on people, they are not going to turn around and say, ‘Gosh, it’s a little difficult, I think I’m going home now,’ things just get more extreme,” she said.

The interior minister said she wanted to force the boats back to “save lives” and that people would not be endangered.

Ms. Moreton said, however, that Border Force staff were “terrified” by a clause in the new Nationality and Boundaries Act that creates partial immunity from law enforcement in the event of deaths at sea.

The draft law states: “A competent official is not liable in any criminal or civil proceedings for anything that occurs in the alleged fulfillment of [push-back operations] if the court is convinced that the act was carried out in good faith and there are valid reasons for it. “

Other parts of the controversial bill formalize the powers of border troops to stop, board, divert and detain ships in the Canal when an immigration crime is committed, and to use force.

The proposed law also makes it an immigration crime to cross the English Channel without permission.

In October, a UN Refugee Agency (UNHCR) official said push-backs would “inevitably” endanger lives and may not be a deterrent.