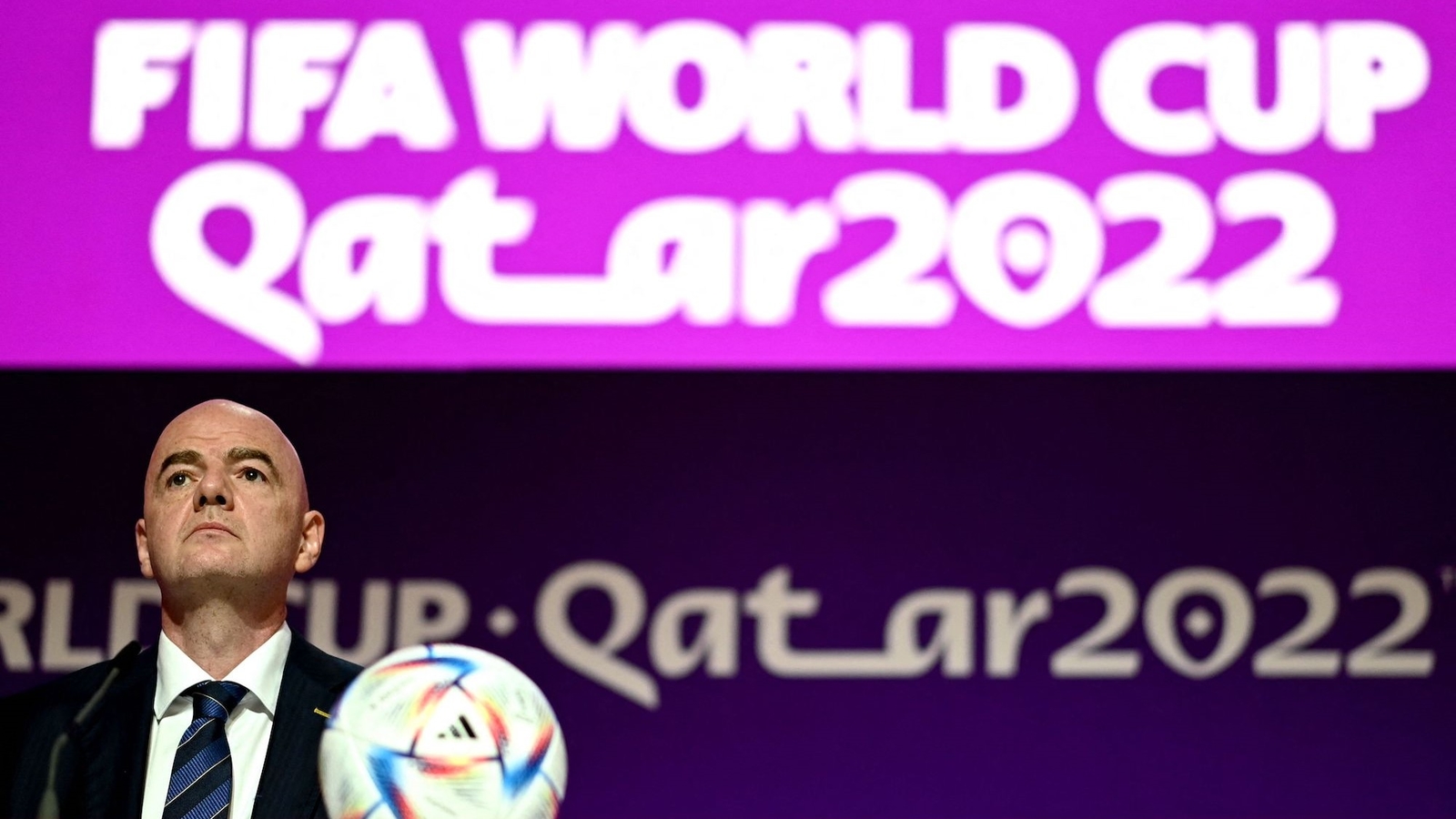 On the eve of the 2022 World Cup in Qatar, FIFA President Gianni Infantino launched a one-hour monologue against Western critics of the controversial tournament.

Infantino, the boss of world football’s governing body, looked on somberly as he addressed hundreds of journalists in Doha, Qatar on Saturday, CNN reported.

“We are being taught many lessons by Western Europeans,” he said, referring to criticism of Qatar’s human rights record.

“For what we Europeans have done for the last 3,000 years, we should apologize for the next 3,000 years before we start teaching moral lessons.”

Despite the opening game kicking off on November 20, Infantino spoke little about football, turning his attention to what he called the “hypocrisy” of Western criticism.

In a notable press conference, Infantino appeared exhausted. He has spent a lot of time defending FIFA’s decision in 2010 to award the World Cup to Qatar. A controversial decision made when he was not the President of the Governing Body.

This tournament will be a historic event, the first World Cup to be hosted in the Middle East, but is also mired in controversy, with much of the build-up focusing on human rights, the deaths of migrant workers and the conditions many endure in Qatar, too LGBTQ and women’s rights.

Although Infantino admitted things were not perfect, he said some criticism was “deeply unfair” and accused the West of double standards.

The Italian opened the press conference by speaking for an hour, telling journalists he knew what it felt like to be discriminated against and said he was bullied as a child because he had red hair and freckles.

“I feel all of this for what I’ve seen and what I’ve been told since I don’t read otherwise I would be depressed I guess.

“What I saw brings me back to my personal story. I am the son of migrant workers. My parents worked very, very hard in difficult situations.”

Infantino said progress had been made in Qatar on a number of issues but insisted real change would take time, adding that FIFA would not leave the country after the tournament was over. He indicated that he thought some Western journalists would forget the issues.

“We need to invest in education to give them a better future, to give them hope. We should all educate ourselves,” he said.

“Reforms and changes take time. In our countries in Europe it took hundreds of years. It takes time everywhere, the only way to get results is to commit […] not by shouting.”

Infantino also addressed questions about the last-minute decision to ban the sale of alcohol in the eight stadiums that will host the tournament’s 64 matches. In a FIFA statement released on Friday, the governing body said alcohol would be sold in fan zones and licensed venues.

The Muslim country is considered very conservative and strictly regulates the sale and consumption of alcohol.

In September, Qatar said it would allow ticketed fans to buy alcoholic beer in World Cup stadiums three hours before kick-off and one hour after the final whistle, but not during the match.

“First, let me assure you that any decision made at this World Cup is a joint decision between Qatar and FIFA,” he said. “Every decision is discussed, debated and made together.”

“Personally, I think if you can’t drink beer for three hours a day, you’ll survive.”

“Especially because in France or in Spain or in Portugal or in Scotland the same rules actually apply, where now beer is no longer allowed in stadiums,” he added.

“It seems to be a big deal because it’s a Muslim country, or I don’t know why.”

Infantino ended the press conference by insisting that everyone in Qatar is safe amid concerns from the LGBTQ community.

Homosexuality is illegal in Qatar and carries a penalty of up to three years in prison, but the FIFA President promised this was a tournament for everyone.

“Let me also mention the LGBT situation. I have spoken to the country’s top leadership on this issue several times, not just once. They have confirmed and I can confirm that everyone is welcome,” Infantino said.

“This is a clear requirement from FIFA. Everyone must be welcome, everyone coming to Qatar is welcome regardless of religion, race, sexual orientation, belief. Everyone is welcome. That was our requirement and the Qatari state is complying with the requirement,” Infantino said.