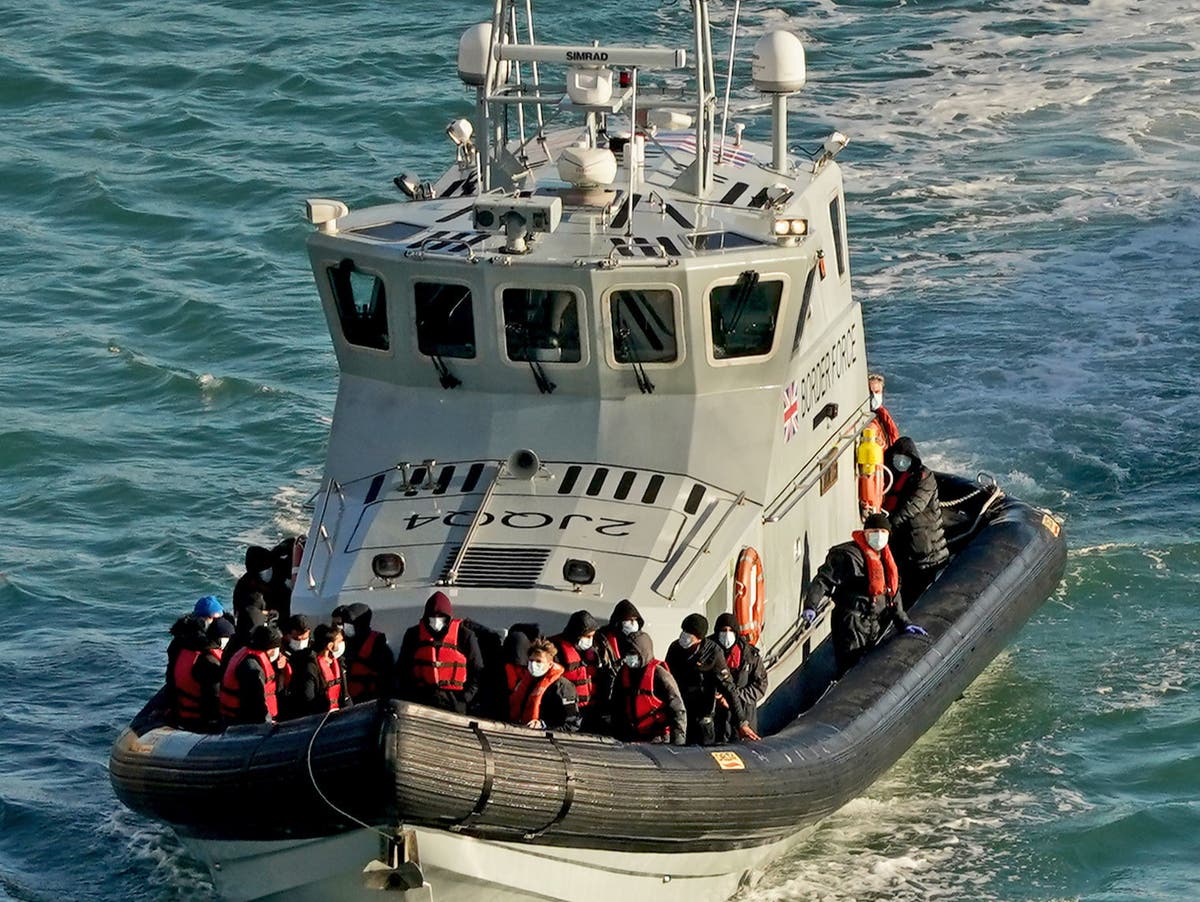 Priti Patel has vowed to prevent “100 percent” of migrant canal crossings and vowed to make the deadly sea route “impracticable” during talks with French officials.

It comes after the UK government urged France to work together “constructively” after nearly 4,000 people crossed the English Channel on small boats earlier this month.

Tensions with France, already concerned between the Brexit fisheries disputes and Northern Ireland, have escalated in recent days after reaching 1,185 people in the UK in a single day last week.

They had a phone call on Monday evening about the problem of the small boats that migrants are using to try to cross the English Channel.

Miss Patel and Mr. Darmanin said: “Tonight the Home Secretary spoke to her French counterpart Gerald Darmanin to discuss the problem of small boat crossing of the Canal and the operational response to it.

“They agreed to accelerate the fulfillment of the commitments made in the July 2021 joint agreement to fulfill their shared determination to prevent 100 percent of the crossings and make this deadly route unprofitable.”

It was followed by Mr Darmanin, who blamed the UK labor market for luring people into making the dangerous crossing.

He told the French media that NGOs “preventing the work of the gendarmerie” were mostly British and British citizens worked on French soil.

He added: “Smugglers who organize networks and make large sums of money … who exploit the often fragile women and children and are from Africa and the Middle East are often in the UK.”

It comes after French police evacuated migrants from a makeshift camp near Dunkirk where at least 1,500 people have gathered to make it across the canal to the UK.

Migrants, including some families with young children, were seen packing their few belongings early Tuesday morning when police encircled the camp on the site of a former industrial complex in Grande-Synthe while several buses lined up nearby.

The French government spokesman Gabriel Attal said: “If we are dismantling a migrant camp, it will mainly be to put people in emergency shelters, especially when winter comes.”

More than 23,000 people crossed the English Channel in small boats this year, including 1,185 on Thursday, a record for a single day.

Most of the migrants crossing the English Channel into the UK are refugees fleeing persecution, research from activists suggests.

Research by the Refugee Council has found that around a third of men, women and children who travel are prohibited from staying in the UK and that “the majority of people crossing the Channel are likely to be recognized as vulnerable”. in the first decision-making phase.

The results come as one of the government’s immigration ministers, Tom Pursglove, and Dan O’Mahoney, Commander Clandestine Channel Threat Commander, are due to appear before MPs on Wednesday.

Using interior ministry statistics and data gleaned from freedom of information laws, the charity found that between January 2020 and June this year, 91 percent of migrants were from 10 countries where human rights abuses and persecution are widespread – including Afghanistan, Iran, Syria, Iraq, Sudan, Eritrea and Yemen.