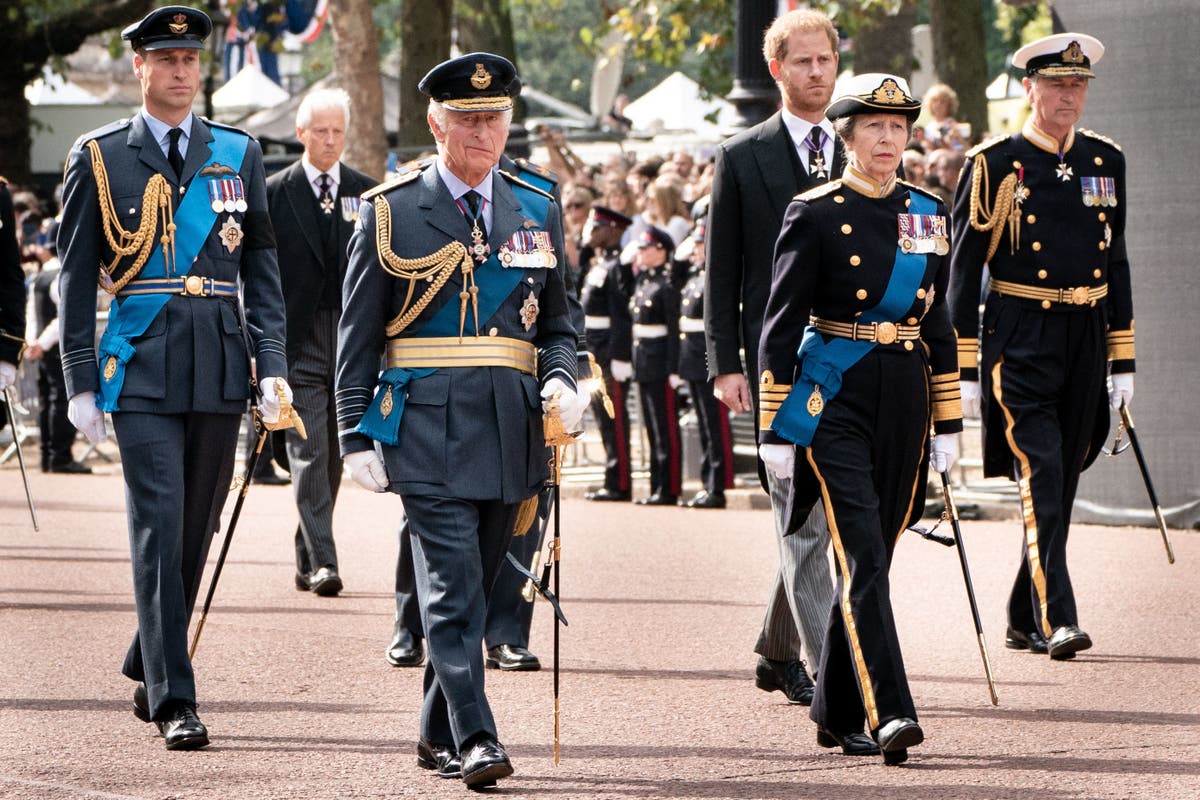 Prince Harry will be allowed to wear a military uniform at a vigil with his cousins ​​next to the Queen’s coffin on Saturday, royal sources have suggested.

The Duke of Sussex has worn civilian clothes to all official events following the death of his grandmother as he is no longer a working royal.

The 38-year-old wore a morning suit on Wednesday as he walked behind the late monarch’s coffin with his relatives, most of whom were wearing military uniforms.

The restriction sparked outrage from some commentators, who noted the prince had served a decade in the army and completed two deployments to Afghanistan.

Earlier this week, Prince William’s younger brother tried to quell such criticism by saying everyone should focus on their grandmother’s life and not what they were wearing.

“[Prince Harry] will wear a morning suit at all events in honor of his grandmother. His ten years of military service will not be defined by the uniform he wears and we respectfully request that the focus continue to be on the life and legacy of Her Majesty Queen Elizabeth II,” his spokesman said.

Now it seems the royal officials have had a change of heart.

“It was a ridiculous situation considering the Duke of Sussex has served his country and is a highly respected member of the armed forces with everything he has done for veterans.

“It is important that all of the Queen’s grandchildren feel welcome and comfortable as they mourn the loss of their beloved grandmother together.”

Harry will reportedly be joined at Saturday’s vigil by his brother, the Prince of Wales, and the Queen’s six other grandchildren.

An exception was also reportedly made for Prince Andrew, who, as a non-working royal, was also barred from wearing a military uniform. The disgraced brother of King Charles III. will be allowed to do so on Friday as a “special mark of respect” for the Queen.