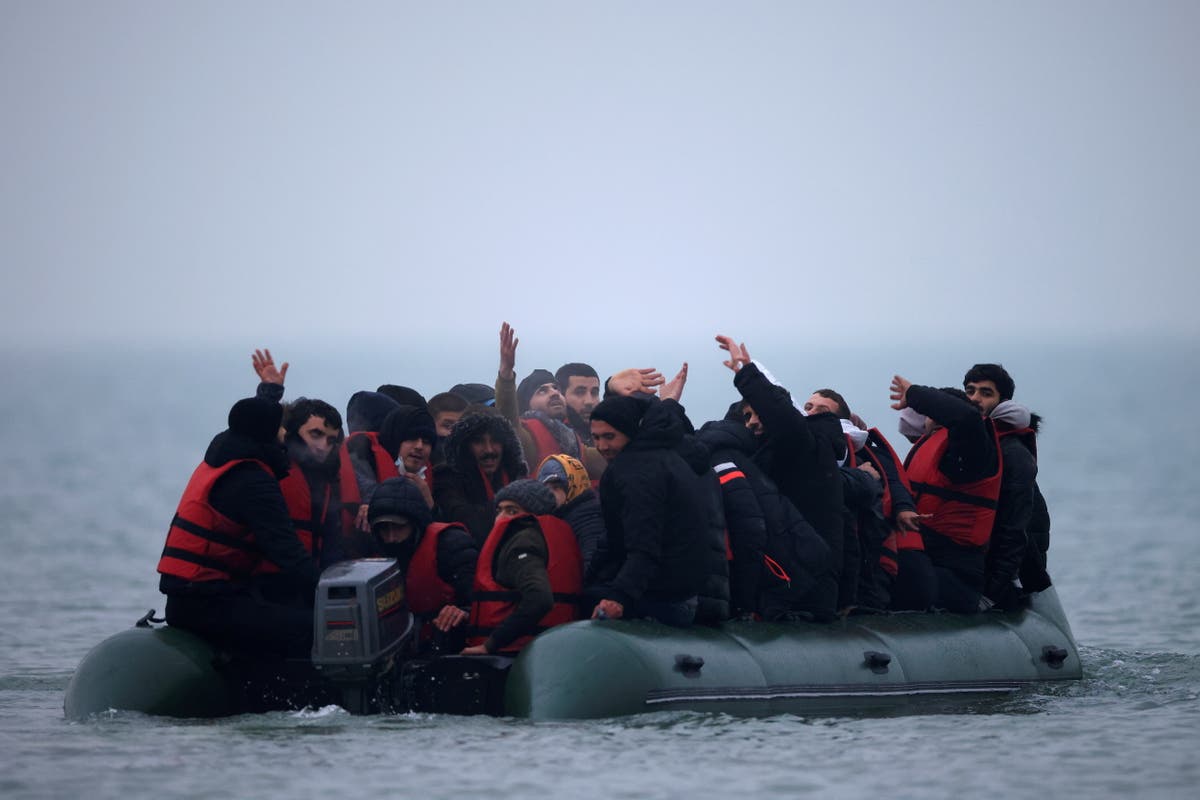 Boris Johnson has turned his back on requests to create safe routes for refugees from continental Europe to the UK following the tragic deaths of 27 people attempting to cross the English Channel in an inflatable boat.

Activists accused the government of “complicity with the people smugglers” by relying on security measures that force migrants onto increasingly dangerous routes to get to the UK.

And a Tory peer and former Foreign Office senior advisor branded Britain’s approach to the small boat crisis “shameful”, saying migrants were being treated as “nameless zombies” rather than “people like you and me”.

The French authorities said 17 men, seven women and three children – mainly Kurds from Iran and Iraq – were killed in the disaster on Wednesday. One of the women who died was pregnant.

Home Secretary Priti Patel told the House of Commons that “in terms of harshness … I haven’t ruled anything out” to curb the growing flow of people crossing the English Channel in small boats, which rose to 25,776 in 2021. three times as high as in the previous year and more than ten times as high as in 2019 with 1,835.

Ms. Patel confirmed that she had authorized border guards to use “push-back” tactics to drive boats back to France and continues to consider the idea of ​​”offshoring” the processing of asylum applications, although she has not yet found a third country ready to accommodate refugees outside of the UK.

In a telephone conversation with the French Home Secretary Gerald Darmanin, she offered British plainclothes policemen or border guards to take part in joint patrols around the beaches, during which human traffickers launch overcrowded boats.

Officers could help with surveillance and prosecution without a search warrant, but would have no arrest powers to circumvent Paris’s sovereignty objections to the use of uniformed British agents on French soil.

Ms. Patel, who will be traveling to France on Sunday for an emergency summit of European nations convened by President Emmanuel Macron, also offered help with technology, including automatic license plate recognition and sensors to be installed on the remote roads and dirt roads used by smugglers used to avoid detection while delivering their human cargo to shore.

Mr Macron has warned the Prime Minister not to “exploit a tragic situation for political ends” after Mr Johnson complained, immediately after Wednesday’s horror, that France had not done enough to crack down on gangs that “get away with murder” .

However, the president later said he was seeking “additional help” from the UK and hoped to “better integrate” cross-channel operations against smuggling networks.

A senior British source told the story The independent one that the tragedy in Paris appears to have sparked the assumption that a change in strategy is necessary. British officials and law enforcement agencies traveled to France on Thursday evening to meet with their counterparts.

The Commons heard calls from Tory MPs for suspension of human rights law, offshore processing of asylum applications, and physical intervention to return boats in the English Channel.

Former Minister Sir John Hayes said: “People who have voted to take back control have every right to ask the question: If you cannot protect the integrity of the borders, what can you control?”

But humanitarian agencies said the tragedy should spur the government to move away from its punitive deterrent approach and remove elements of Ms. Patel’s Nationality and Boundaries Act, criminalizing people fleeing persecution and British staff Immunity for breach of duties under the International Convention would confer law on the rescue of people in distress at sea.

“The death of 27 men, women and children who tried to cross the English Channel is a tragic reminder that tough migration policies don’t work,” said Sophie McCann of Medecins Sans Frontieres.

“The measures in this bill are harmful, cruel and discriminatory. It will continue to push people into the hands of smugglers and could have irreversible and fatal consequences for people fleeing persecution and violence, as well as undermining basic human rights and violating UK legal obligations. “

Zoe Gardner of the Joint Council for Welfare of Immigrants said the disaster should represent “upheaval” for the government.

“If we try to shut down asylum seekers routes, we will only lose control of the situation and turn it over to the smugglers,” she said. “This government, this new bill that is coming to Parliament, is taking on the smugglers who bring people across the English Channel.

“Now is the time for the government to stop, turn around, completely change its approach, get its head out of the sand and give people opportunities to travel to the UK to seek asylum safely.”

Amnesty International UK’s director of migrant rights Steve Valdez-Symonds said the dangerous canal crossings are taking place “because the government does not offer a safe alternative”.

And Tory peer Arminka Helic, who was special advisor to then Foreign Minister William Hague after fleeing the Bosnian War in the 1990s, said the actions of both London and Paris were “shameful”.

“Don’t think of these people as these nameless zombies crossing different countries,” she told Times Radio. “They had a home at some point and their kids went to school, they had a street they lived on, they had friends and relatives, they probably played soccer like you.

The official spokesman for Mr Johnson said the Prime Minister believed that establishing safe routes for migrants to get into the UK from northern France would simply increase the “pull factor” that attracts them to the canal.

And a government source told LatestPageNews, “It would do the smugglers’ job for them, telling them, ‘You take the money and we’ll take care of the hardest part of the trip for you’.”

Labor called on Ms. Patel to reopen the Dubs resettlement program for unaccompanied migrant minors, which closed in 2017 after helping only 480 of the 3,000 promised children. And Shadow Home Secretary Nick Thomas-Symonds pointed to statistics released Thursday that showed a new program to relocate 5,000 people a year had so far only helped 770.