Pork, Pimms and Boris: The 0.3% vote for our next leader 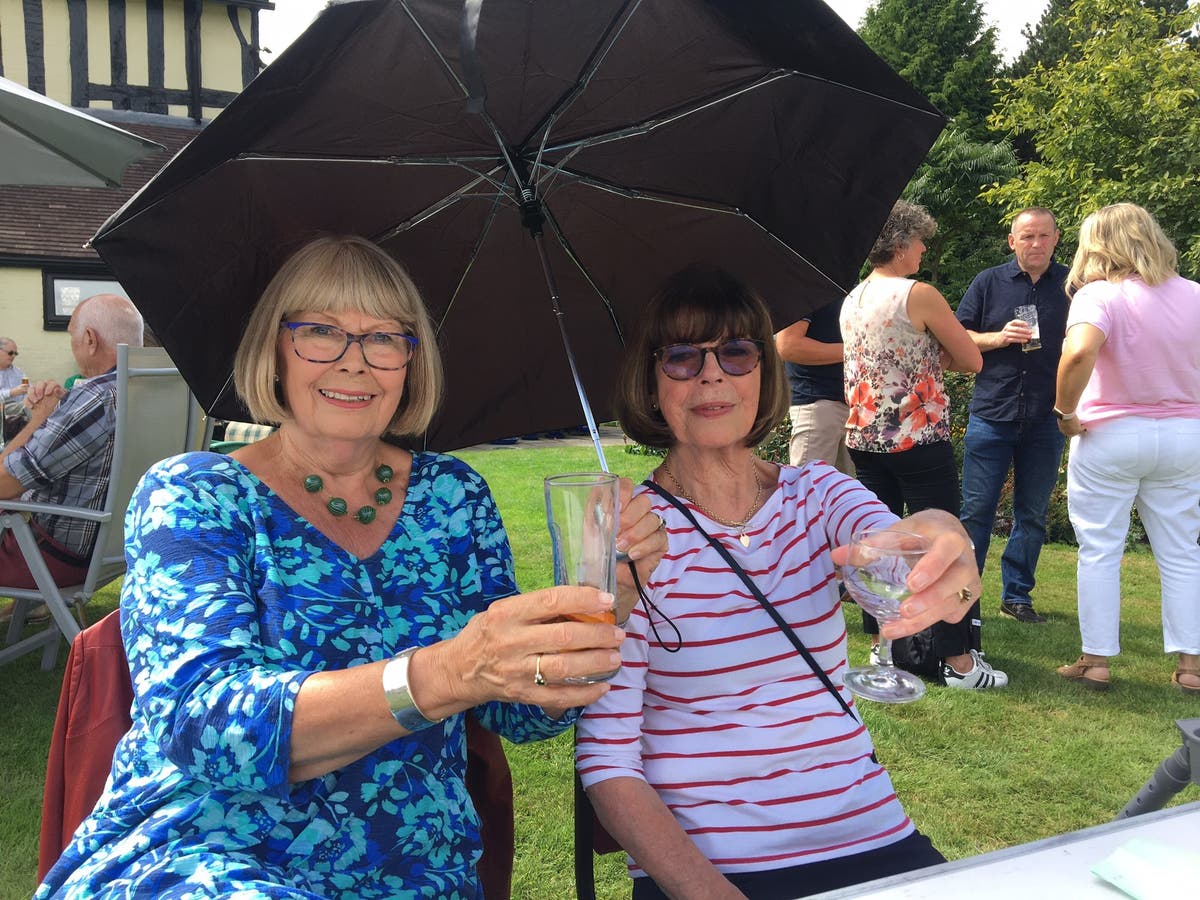 On the manicured lawns of Peter and Marjorie Marsh’s home – Aston Hall, a 15th-century building – 150 guests are seated at tables on curved tables, enjoying a roast pork and a glass of Pimms.

They’re mostly retired and, if the roomy driveway and courtyard are any indication, arrived here with a variety of Aston Martins, BMWs, and Range Rovers.

They are also among the 0.3 per cent of the UK population – some 150,000 people – who can choose the country’s next prime minister.

This is the North Shropshire Conservatives’ summer festival.

And if today’s conversation is any indication, there’s only one person that many of these grassroots members would like to see PM. Uh, Boris Johnson.

“Who do I like?” Marjorie, the 78-year-old hostess — and great-grandmother of five — once asks. “I can answer that for you in a second, love: I’m perfectly happy with the lad we have. Boris. Yes, he was a naughty boy. He told lies. But he knows how to roll up his sleeves and get down to business. I think he’s one of the few politicians who knows there’s a part of the country that’s not called London.”

Again and again here in the village of Wem, over the al fresco drinks, the same sentiment is expressed: Johnson might not always agree with the truth, but when it came down to it, he got it right.

“Brexit, Ukraine, vaccine rollout,” says Marjorie. “He’s been going through a terrible time and he’s dealt with everything that’s been thrown at him. That’s what counts.”

There’s a certain irony here – because it’s arguably North Shropshire that has done as much as anyone to get rid of Johnson. The Tories’ stunning by-election defeat by the Lib Dems in this true blue heartland in December was arguably the beginning of the end of his tenure as Prime Minister. One or the other even voted for yellow here.

“But,” says one, “I wanted to give the government a shock — not bloody behead them.”

Anyway, what about the two now competing to replace him? Rishi Sunak and Liz Truss? A general air of ambiguity; of disagreements; that neither candidate has exactly the stardust — or indeed the politics — to inspire in the same way that Johnson (and Get Brexit Done) did in 2019.

“You think of a dinner party and Boris is at the table in a flash,” says Lynn Grifiths, a retired bank teller. “But [Sunak and Truss] I’m not sure.”

A moment of reflection. She’s one of the few here who believes the Prime Minister had to go after the Partygate and Chris Pincher scandals. “Of course,” she says, “having someone at your table isn’t the same thing as trusting them to cook dinner, if you will.”

So two more main observations here in the sun.

The first. Truss’ tax cut promises don’t appear to be the vote-winner among grassroots members that many might think. There is at least a consensus among these North Shropshire Tories that there is more confidence in Sunak on the economy; that he is right in saying that the country should not borrow money to finance such a system and that it risks inflation. Surprisingly, there’s also an apparent sense that amid an almost unprecedented cost-of-living crisis, tax cuts won’t help those most in need.

“People like me are not the ones who need help,” says Michael Macdonald, 79, a retired farmer. “I keep saying that the people who suffer the most pay little or no tax [because they earn less]. It’s not good for them to cut it and it’s the ones who need that support.”

Because it’s morally right? “Yes, it is,” he says, before pointing out that economies don’t grow by allowing significant numbers of people to fall into poverty.

Despite everything, Truss seems – almost – to be the more popular of the two candidates. Sunak’s extraordinary wealth, private schooling, and slick demeanor have to some extent isolated him from these party members. His wife’s tax affairs – she avoided millions of potential UK taxes by not being resident – ​​also remains a sore point.

“How can someone like that have any idea what ordinary people go through?” asks Annie Dawkes, a retired draftsman’s assistant. “He’s too far removed from normal life.”

There might be some blackness here, some suggest. This is a summer festival, after all, where the host has a robotic mower constantly mowing their enormous lawn. Many here, one might think, would also have no idea of ​​the struggles many will face this winter. But then, as one person notes the apparent contradiction: “No one ever said politics makes sense.”

Another thing that may have lost Sunak votes is his behavior during the BBC TV debate, according to Peter Broomhall, a 72-year-old council member. The former chancellor interrupted the foreign minister 14 times.

“It was rude,” says Broomhall. “That’s not how you lead a debate about high office and a lot of these people” – an arm around the garden party – “manners count”.

Of course, there is still a long way to go before the winner is announced on September 5th. Until then, there will be several hustings across the country, many more media appearances and almost certainly a surprise or two. Opinions do not seem so fixed that they are irrefutable. But here in Shropshire, for the time being, it feels like Truss is heading towards number 10.

Unlike a majority across the country, no one here seems to think that general elections should be held once a new leader is chosen.

Is it fair that 0.3 percent of the country gets to choose the country’s new prime minister? A twinkle in Broomhall’s eyes. “Of course,” he says. “You can trust us. We will do it right.”